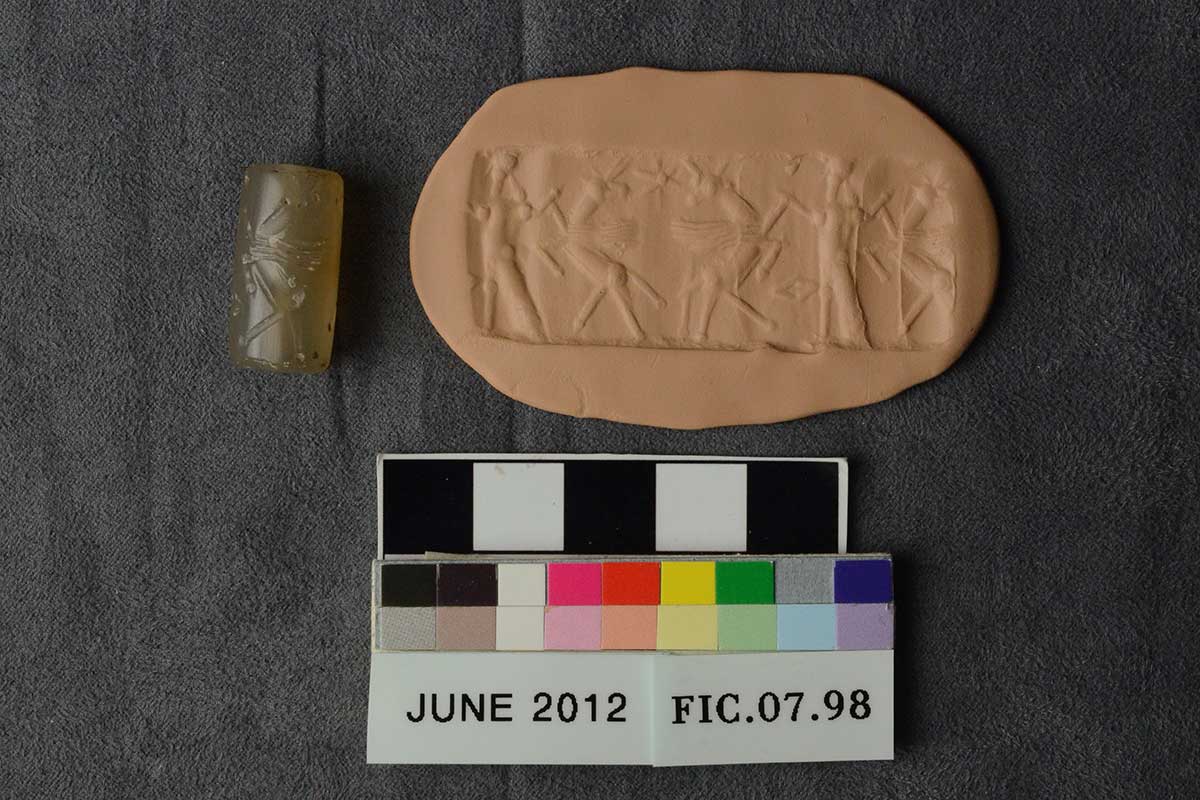 A bearded man grapples with two winged quadrupeds. The animals stand on their hind legs, bodies facing the man, heads turned away. In the field are a star and a rhomb.

This seal represents a typical “contest scene” of the first millennium B.C.E., popular in 8th – 7th c. B.C.E Assyria and Babylonia. Such scenes, showing a human or divine figure flanked by two wild beasts, represent a long tradition in Mesopotamian seals, traceable to at least the mid-3rd millennium B.C.E. Although styles and composition changed substantially over time – for example, late 3rd millennium seals typically reversed the positions of the figures, requiring two heroes to wrestle a single beast – the basic concept was remarkably persistent. The contest scene tradition has sometimes been understood as a representation of mastery over the forces of evil – the warrior-hero representing “rightful rule” protecting the nation.

In its 1st millennium Assyro-Babylonian manifestation (the styles of the two cultures overlap too much in this period to clearly distinguish between them), the contest scene typically shows a hero in twisted profile, dressed similarly to the man shown here, grappling with two rearing creatures. The creatures are usually winged, and on many seals the hero also has wings.

The rhomb – the lozenge-shaped motif shown here between the first creature and the hero – is typical of Neo-Assyrian seals, and is especially common in contest scenes of this period. Its significance is debated: suggestions include an eye, a grain of wheat or corn, a woman’s vulva, or the earth. It typically occurs in the lower half of a scene; in the upper half, a star often appears. Though occurring in contest scenes less frequently than the rhomb, the star also represents one of the most popular motifs on first-millennium seals.