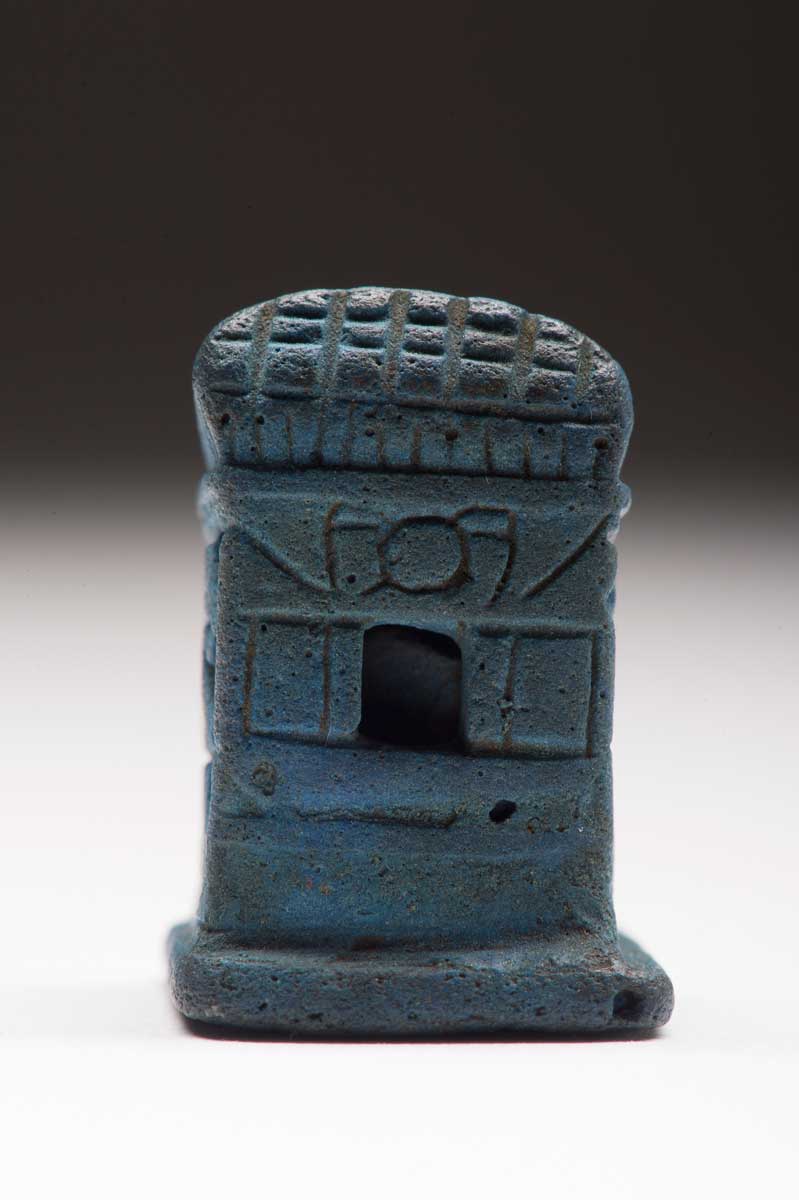 This delicately modeled amulet is designed to represent a shrine holding the divine image of a god. Incised lines on the front panel of the shrine portray its doors in a perpetual state of being open, revealing a small lump of Egyptian blue on the interior of the shrine meant to represent the god’s image. The remaining three panels of the shrine, which has a cubic shape, are decorated in open work. The two sides depict the head of a falcon deity in front of a winged goddess, while the back shows two winged goddesses facing each other with their wings outstretched. The top of the amulet has a fragmented groove where a suspension loop has broken away. 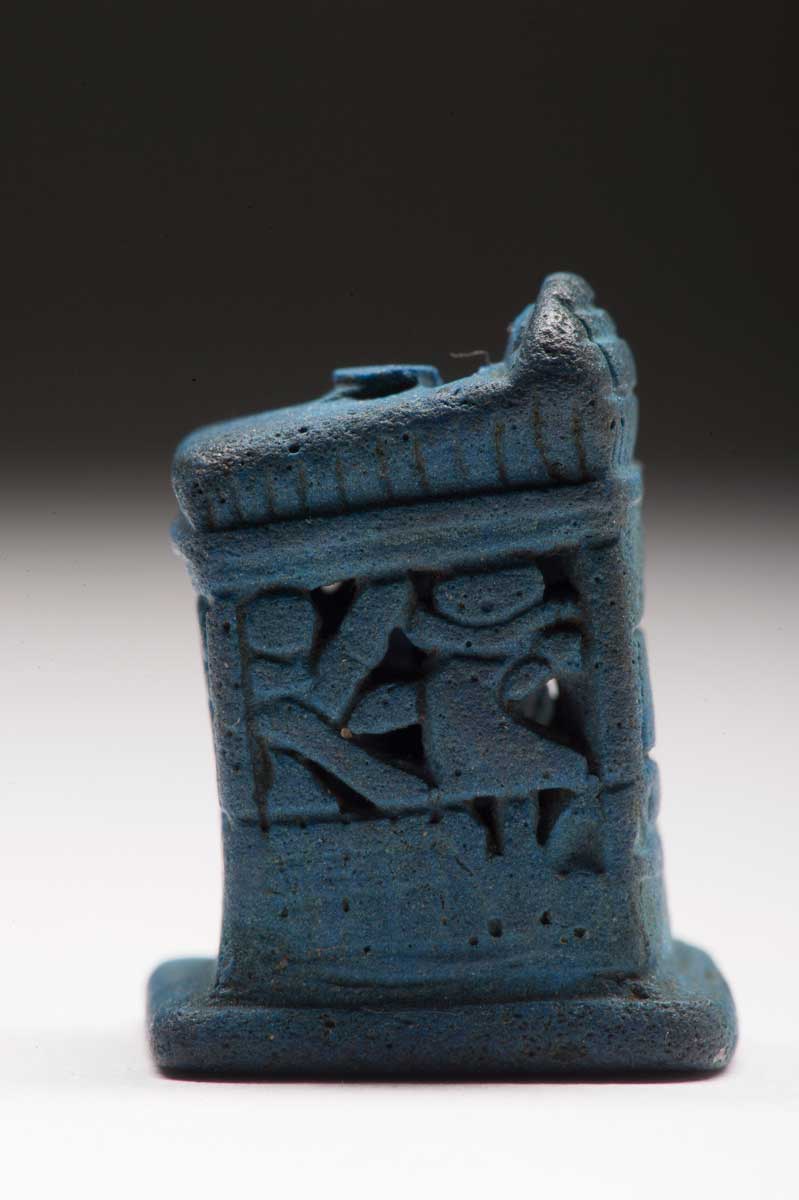 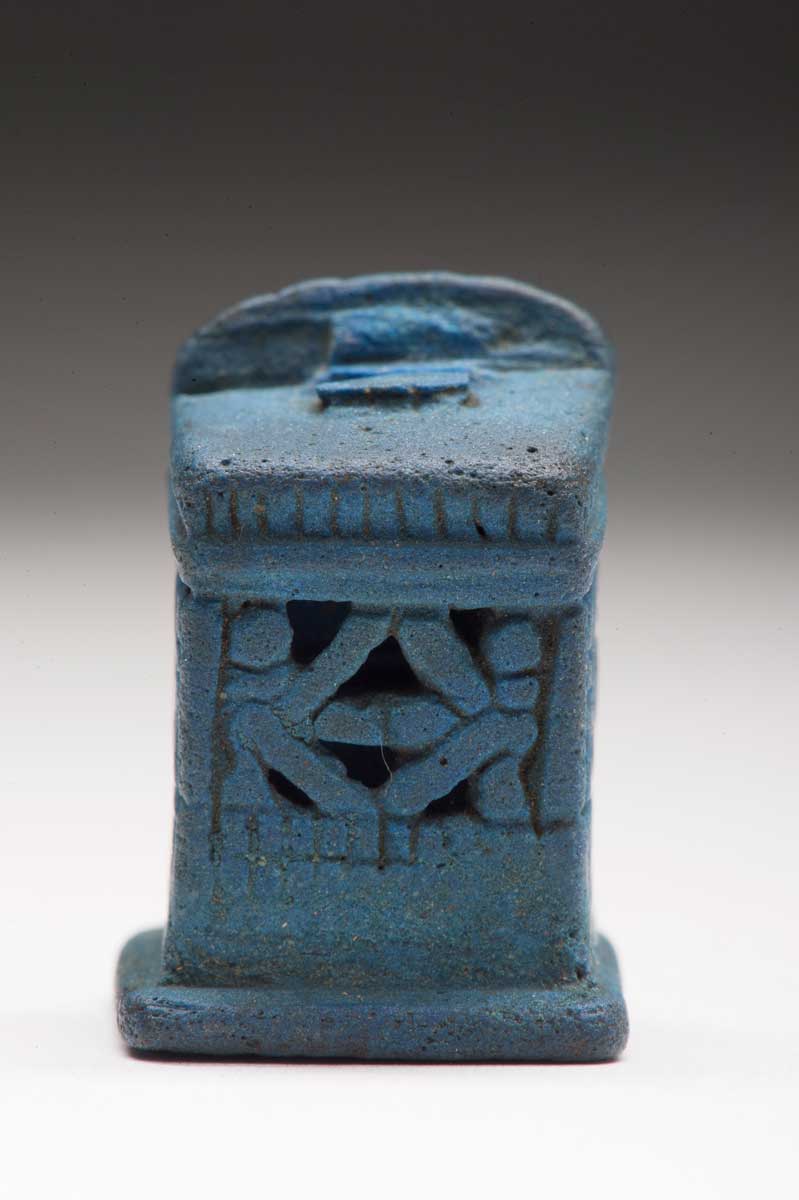 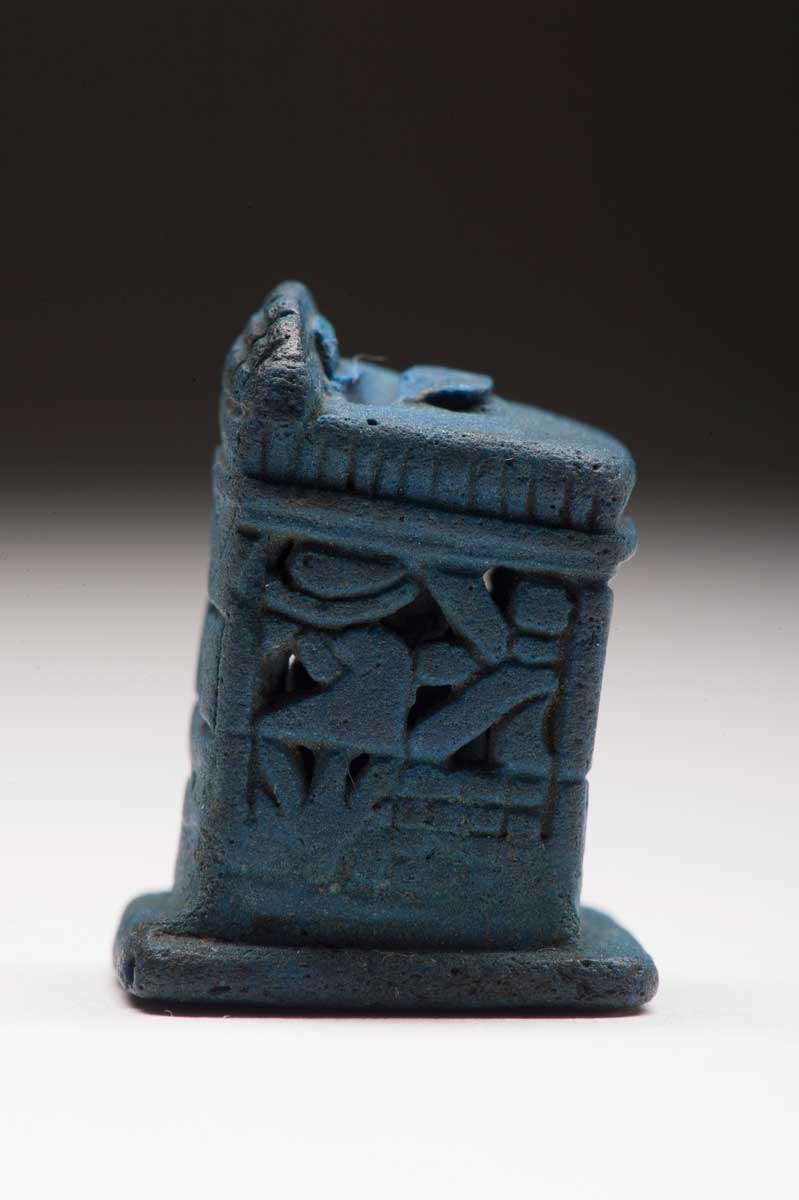 Proper left side of shrine amulet. 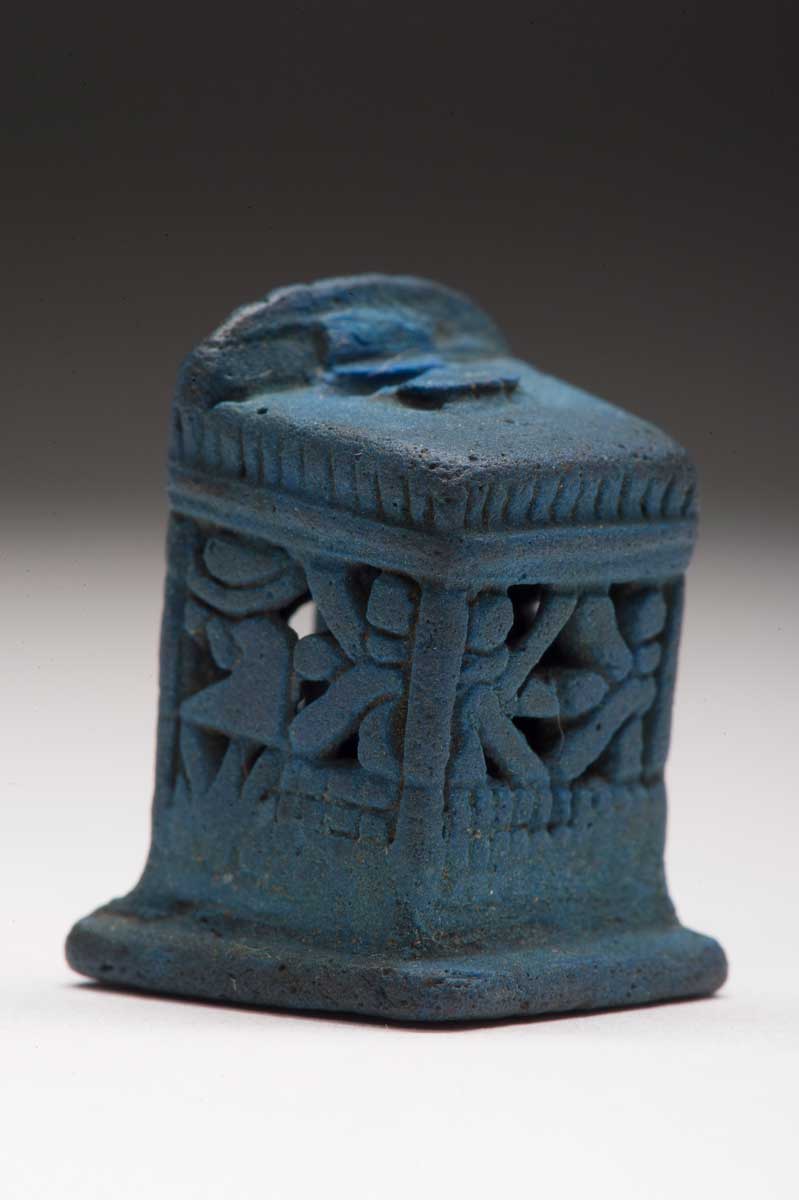 From the earliest phases of pharaonic history, the ancient Egyptians built shrines to house the images of their gods, protecting them from the chaotic human realm. These shrines, also known as naoi (singular naos), were built from a variety of materials including stone and gilded wood. Starting during the Third Intermediate Period (ca. 1069-664 BCE), the form of the shrine was adopted as an amulet. These shrine amulets functioned much the same as amulets modeled in the form of the deities themselves, placing the owner under the protection of the god or goddess whose image the shrine contained.

As with the shrines that they are designed to represent, shrine amulets were made of many materials. Particularly fine examples made of metals, including bronze and silver, have been found, some containing removable statuettes of the gods. Others, like JHUAM 2232 D, were made of more cost effective materials such as Egyptian faience or Egyptian blue, a synthetic blue pigment used by the Egyptians. While it is supposed that the heavier metal examples might have been suspended on walls in private houses or even religious buildings, the smaller, lightweight examples were likely worn in life by a devotee of the deity invoked. Although the sides of these miniature shrines are often decorated with images of the deity whose divine image would have resided inside, their small size often makes it difficult to identify the god or goddess with certainty. In the case of JHUAM 2232 D, the avian images on the sides of the shrine indicate that a falcon deity, perhaps Khonsu, is being invoked.