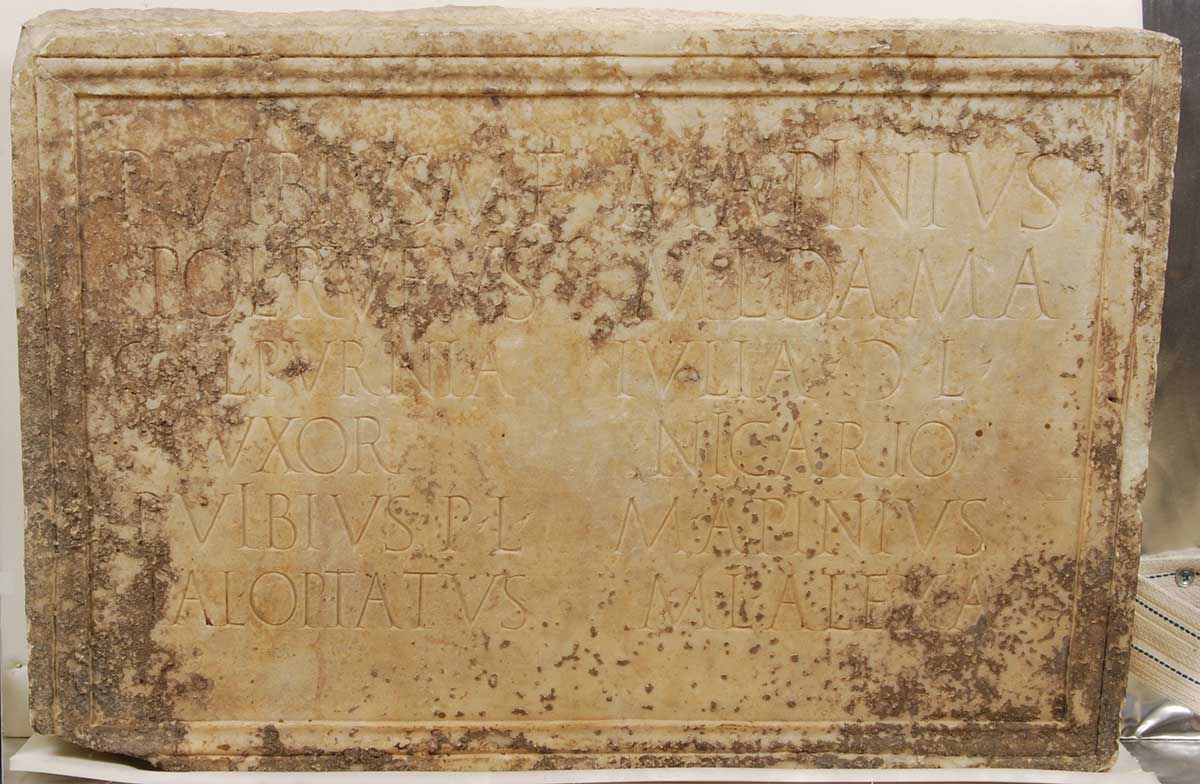 This inscription, dated to the early Augustan age, records the names of six freedmen who were buried in the associated tomb. Unlike most of the inscriptions on our wall it only contains the names and former masters of the deceased, but no information on their lives.