This ivory amulet depicts Pataikos. His hands rest on his protruding stomach and each grasps a knife. He is nude except for a necklace, known as a wesekh (broad) collar, with a pectoral in front and counterweight in back; and a fitted headdress, topped with a scarab beetle. His legs have broken away. There is a large suspension loop attached to the back of his neck, adorned with vertical striations. He has three horizontally incised lines on either side of his mouth, likely indicating snakes. 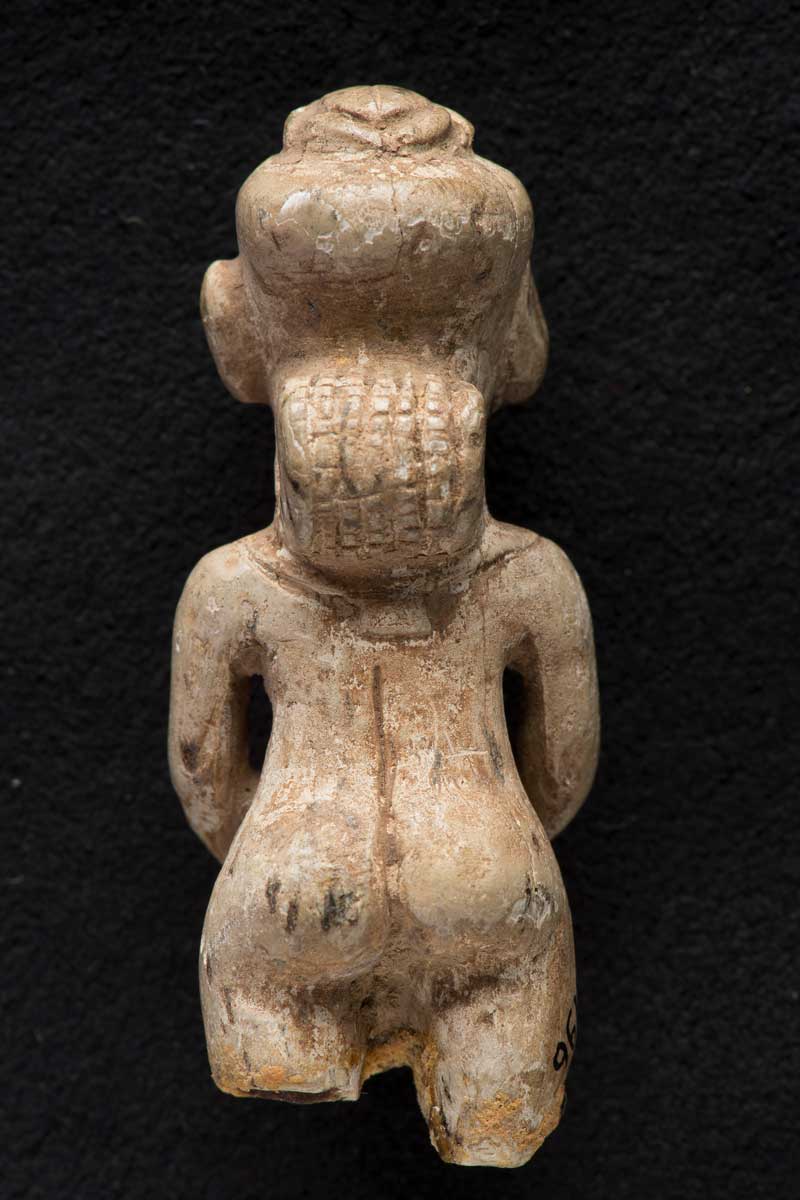 Pataikos was closely associated with Horus-the-Child; the demon god, Aha (literally, “the fighter”); and Aha’s later form Bes (literally, “the guardian”) in both form and function. Despite their diminutive statures, Pataikos and related deities are frequently depicted as subjugators of violent natural forces — most notably, Pataikos is often shown stepping upon and grasping crocodiles, snakes, and scorpions. In this example, he brandishes knives and holds three snakes in his mouth, apparently consuming them. These behaviors show his fitness to ward away malevolent forces. Likewise, Horus-the-Child is shown in this manner on small ritually charged stele called cippi by Egyptologists. Phylactic amulets depicting protective deities like Pataikos, Horus-the-Child, and Bes were used by those who wore them to ward away evils that could cause illness, injury, or misfortune. This particular depiction of Pataikos specifically has a strong association with the celestial falcon Horus through the scarab beetle that adorns his cap, a solar symbol.

It has been suggested that Pataikos is a manifestation or son of Ptah, a god of craftsmen. Writings by the Greek historian Herodotus state that Ptah was depicted in the form of a dwarf, and the name “Pataikos” that he coined literally means “little Ptah.” Dwarves often worked in workshops as craftsmen, as attested in tomb scenes from Egypt. 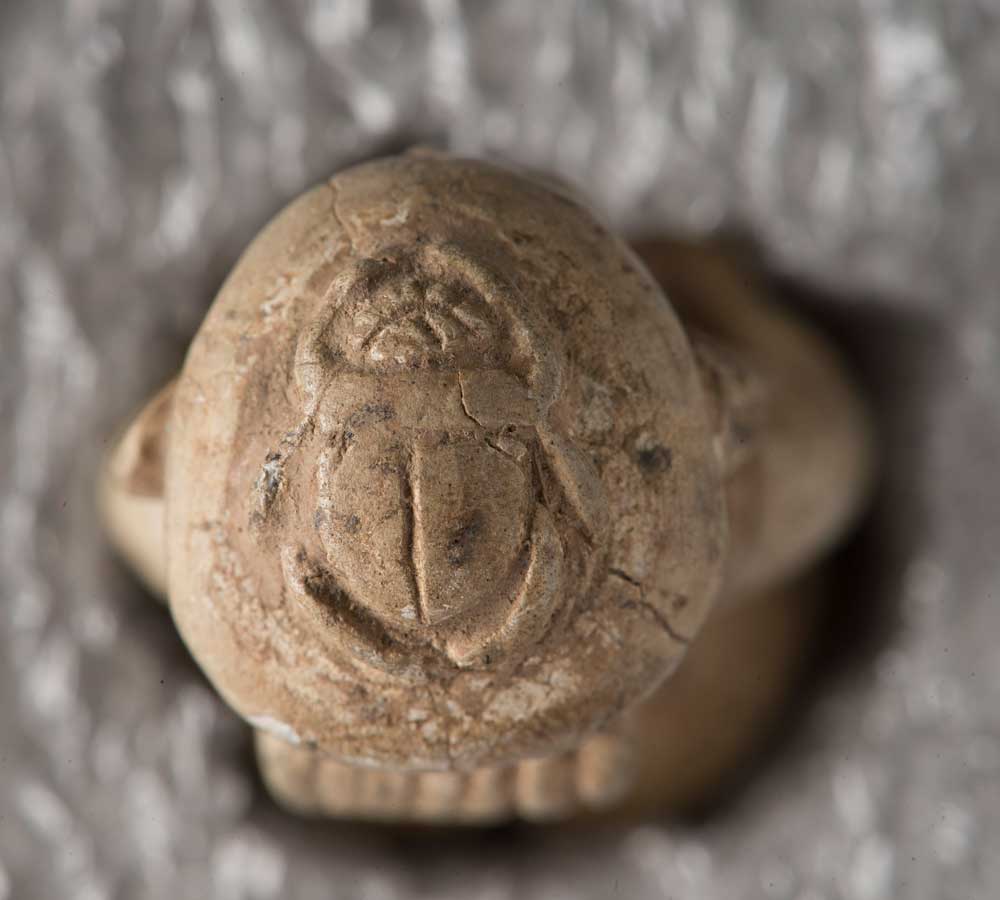 Scarab on top of Pataikos’ head.