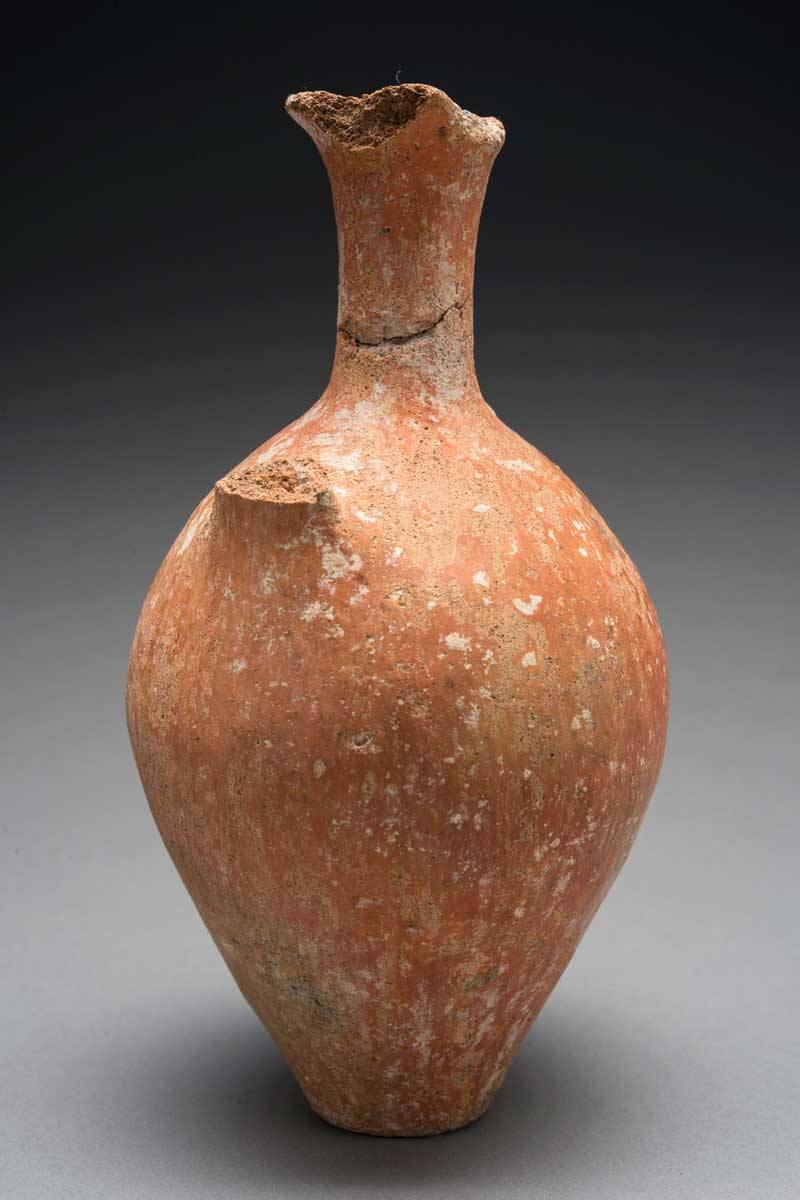 This juglet dates to the Early Bronze II period, or the first centuries of the third millennium BCE. Before baking the vessel in the pottery kiln, the potter dipped the jar in a liquid solution of clay suspended in water, with the result that the vessel is coated in a thin red paint-like layer known as a ‘slip.’ In places where the slip has worn off one can see the lighter color of the ceramic underneath.  In addition, after the slip was applied to the jar (but still before firing) the potter gave the vessel a polish, or ‘burnish,’ which gives it a distinctive shine. These red slipped and burnished jugs and juglets from the EB II period are known to archaeologists as Abydos Ware, named after the famous site in Egypt where they were first identified in mortuary contexts. The name is a misnomer, however: Abydos Ware juglets like this one were not made in Egypt but rather in ancient Israel/Palestine.