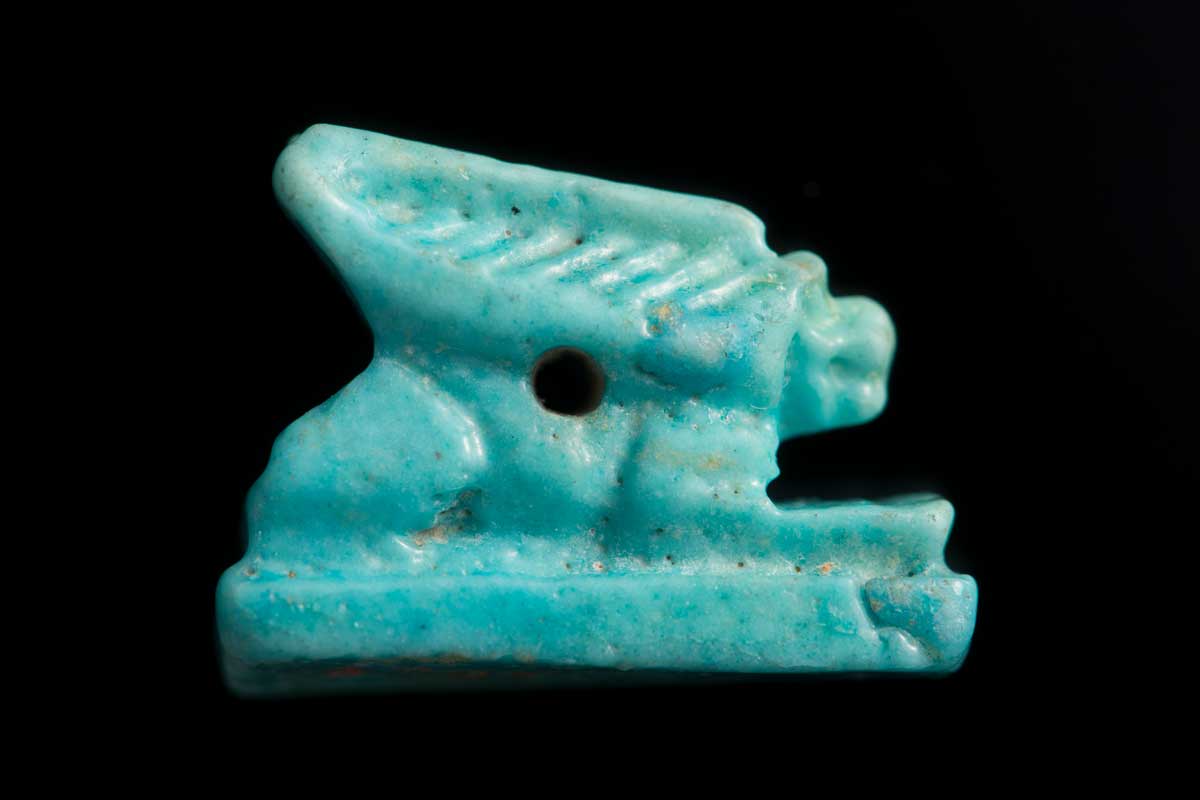 This amulet, made of bright turquoise faience, represents a cape hare on a thin rectangular base. The hare amulet has been pierced through widthwise behind the ears to allow for suspension.

There are many properties of the cape hare that the ancient Egyptians hoped to invoke through amulets like this one. Among these, its swiftness, fecundity, and keen senses were likely the most desired. Images of desert rabbits are attested from as early as the Naqada III period (ca. 3200-3000 BCE), but they were not utilized as amulets until the Old Kingdom (ca. 2686-2160 BCE). These amulets were used in both quotidian activities and funerary contexts, as they were thought to give the wearer powers of rapid regeneration. In the Middle Kingdom (ca. 2055-1650 BCE), faience figurines and amulets of cape hares were often deposited in tombs, as their generative powers were thought to help the deceased be reborn into the afterlife. It is also possible that the cape hare derived its amuletic significance from its hieroglyphic meaning; the crouching cape hare, which was assigned the phonetic value of “wen,” was most frequently used as a verb meaning “to be.”

Cape hare amulets are most common from the Late Period (ca. 664-332 BCE), when they are often rendered in the same form as JHUAM 3705: in green-glazed faience with a suspension loop. The green-blue color of the amulets strengthens their regenerative power, as such coloration was used to invoke the fertility of the Nile.