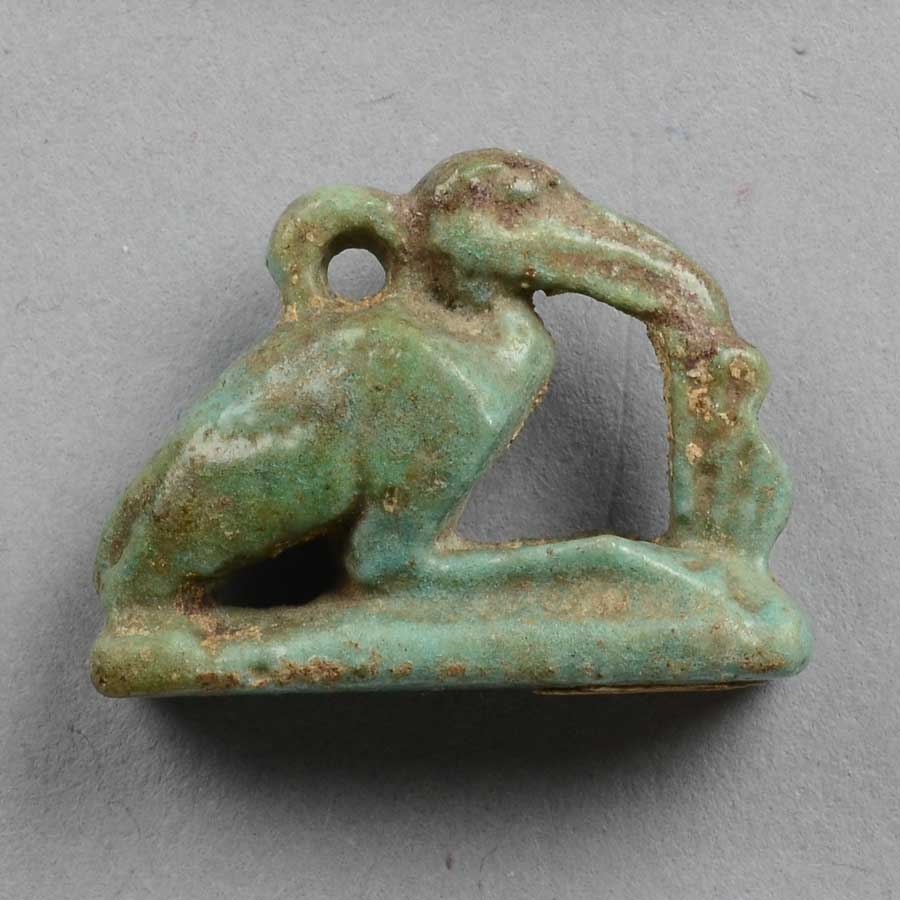 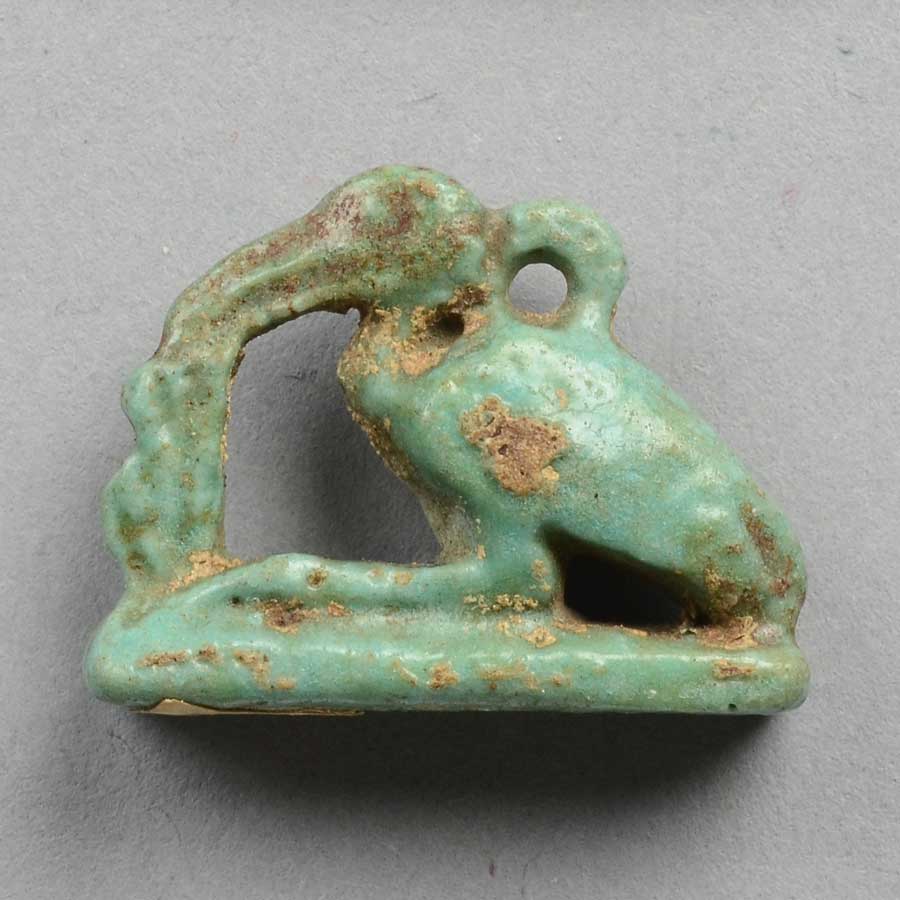 This faience amulet depicts the god Thoth in ibis form, seated on a long, rectangular base. An ostrich feather, the Egyptian hieroglyph for the word “truth” (Maat), stands at the front of the amulet, providing a place for the ibis to rest his beak. A suspension loop has been molded onto the ibis’s back, behind his neck.

This steatite amulet depicts the god Thoth in baboon form, squatting on a thin, circular base. A suspension loop has been carved at the back of the baboon’s head. A turquoise-colored glaze covers the amulet.

As the “lord of hieroglyphs” who taught the ancient Egyptians how to write, the god Thoth was revered as a possessor of knowledge and wisdom. Known by the name of Djehuty to the Egyptians, Thoth is most frequently found in the form of a baboon (Papio cynocephalus) or that of an ibis (Threskiornis aethiopicus) or an ibis-headed man. In either guise he can wear the lunar crescent on his head, indicating his role as a moon god. In amuletic form, Thoth appears most frequently as a baboon. Amulets of this type were worn by people during life, and in particular by scribes and scholars who viewed Thoth, the inventor of writing and scribe of the gods, as a patron deity. Amulets depicting Thoth as an ibis, on the other hand, were used almost exclusively in funerary contexts. This is particularly true of amulets that show Thoth resting his beak on the feather of Maat (truth), as is the case with JHUAM 235. During the deceased’s final judgment in the underworld, his or her heart was weighed against the feather of Maat – if the heart was as light as the feather, the deceased was permitted to pass into the afterlife; if it was too heavy, it would be devoured and the deceased would cease to exist for eternity. As the divine scribe, Thoth stood by at this ceremony to record the results of the final judgment, a role to which the Maat feather on the amulet alludes. 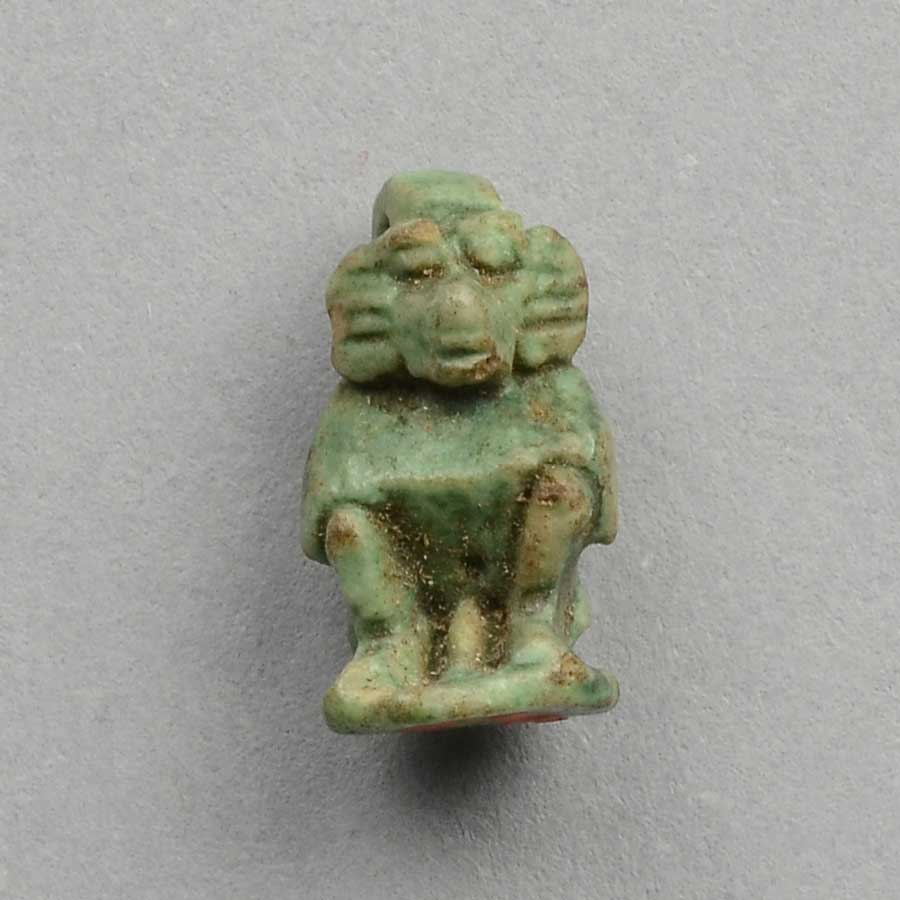