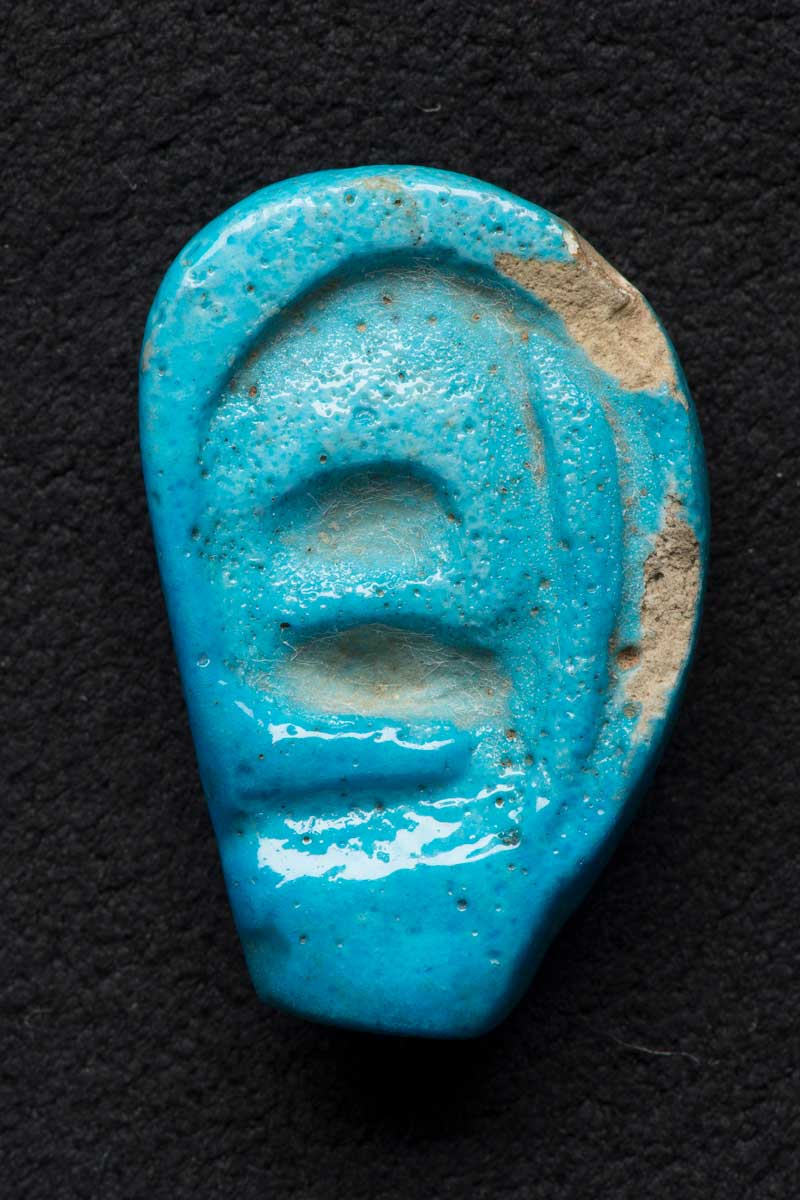 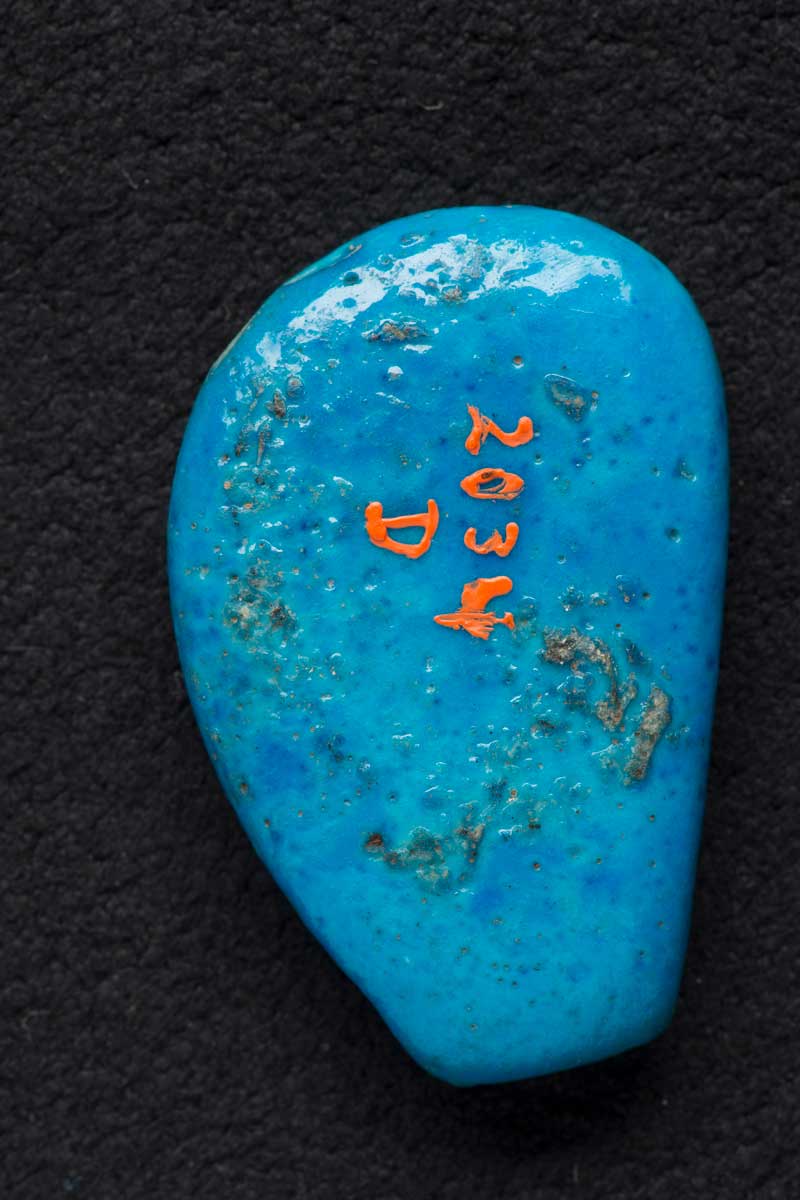 This bright blue faience amulet takes the shape of a human ear. Areas of loss on the front and sides of the amulet reveal the brown core of the faience.

Amulets in the form of a human ear were extremely common during the 18th Dynasty (ca. 1550-1295 BCE). These amulets most commonly served a votive function as “hearing ears.” A votive offering, loosely defined, is a sacred gift presented (often in a confessional space) in honor of a deity or as a personalized message to a deity. These so-called “hearing ears” were meant to encourage a deity to hear and consequently answer a dedicant’s plea. Votive stelae (round-topped plaques) with decorative ear motifs could serve a similar function.

This particular “hearing ear” was likely an offering to the bovine goddess of love and joy, Hathor. Amulets of this type dedicated to Hathor were found en masse found at Deir el-Bahari, a Theban necropolis and cultic center of Hathor that was greatly important during the New Kingdom (ca. 1550-1069 BCE).