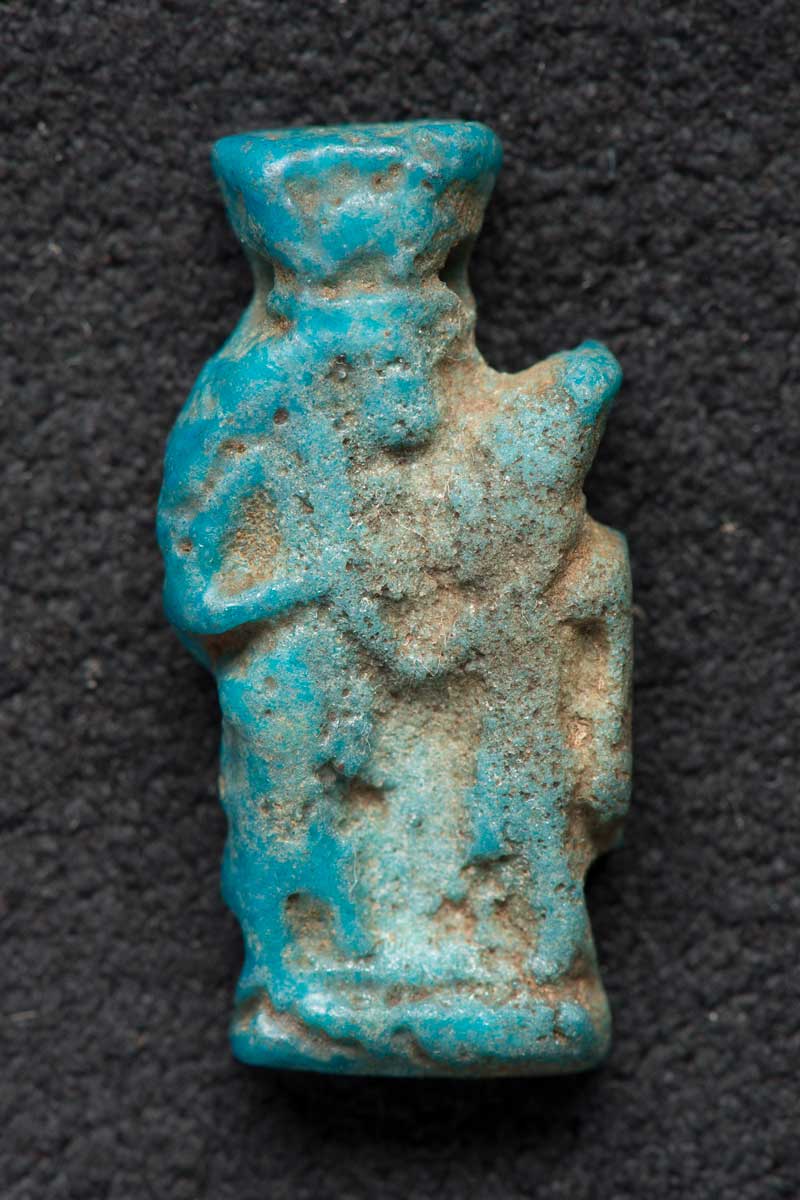 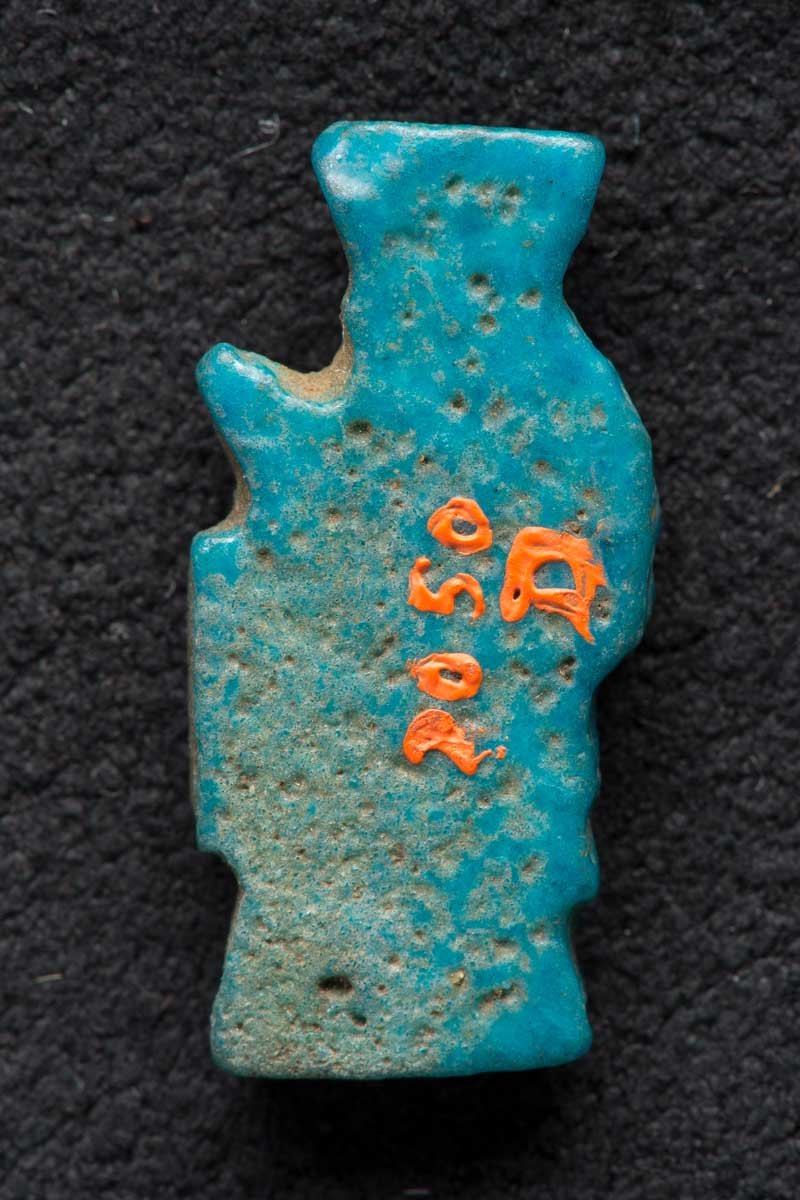 This faience amulet depicts a standing goddess nursing a king, who is identified as such by the White Crown on his head. The goddess wears a tripartite wig beneath a Hathoric crown made up of a sun-disk and cow’s horns. The amulet has an undecorated back and is pierced horizontally through goddess’s headdress.

Isis was a wise goddess of magic who primarily had a maternal function. Her image was invoked in amulets for many purposes, but the one seen here is certainly related to the protection and effective rearing of children. As the mother of Horus, the god of divine kingship, there were many myths centered upon the role of Isis in rearing and protecting him. Thusly, the image of Isis suckling Horus — and his earthly counterpart, the king — became popular on apotropaic (protective) amulets, starting in the Ramesside Period and essentially continuing until the end of ancient Egyptian history (ca. 1295 BCE–395 CE). Amulets bearing this image could likewise be used for the protection of mothers and children in the afterlife and are often found in burial contexts, particularly included within mummy wrappings.

The identity of the male on this amulet is most likely a young king. He wears the White Crown of Upper Egypt, a common signifier of ancient Egyptian kingship.

The sun-disk and horns that Isis wears at first glance suggest an identity of the female figure as the goddess of joy, Hathor. However, in nursing scenes such as this one it is not uncommon to see Isis wearing this headdress, perhaps to invoke some of Hathor’s solar powers. This is known because examples of a goddess wearing this Hathoric headdress and nursing a Horus-the-Child have been identified by ancient textual labels as Isis.