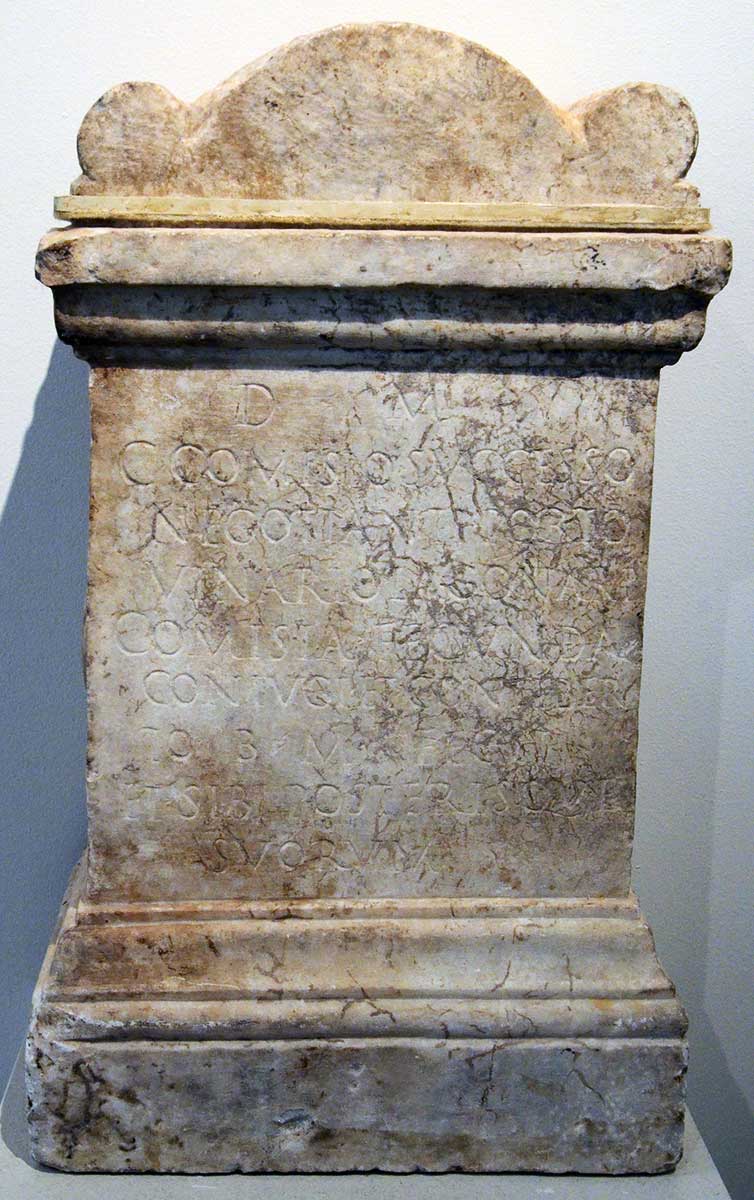 “To the Sprits of the Dead[and to] Gaius Comisius Successus,
A trader of vessels at the wine yard.
Comisia Fecunda, his wife and fellow freedperson,
Made this for the well deserving man,
Herself, and their descendants.”

This small altar marked the tomb of Gaius Comisius Successus, a freedman who traded in amphorae used in wine production. Amphorae were used to store and ship wine in the ancient world. He worked out of an area of Rome that was dedicated to the wine trade, the so-called portus vinarius. Its location is unknown.