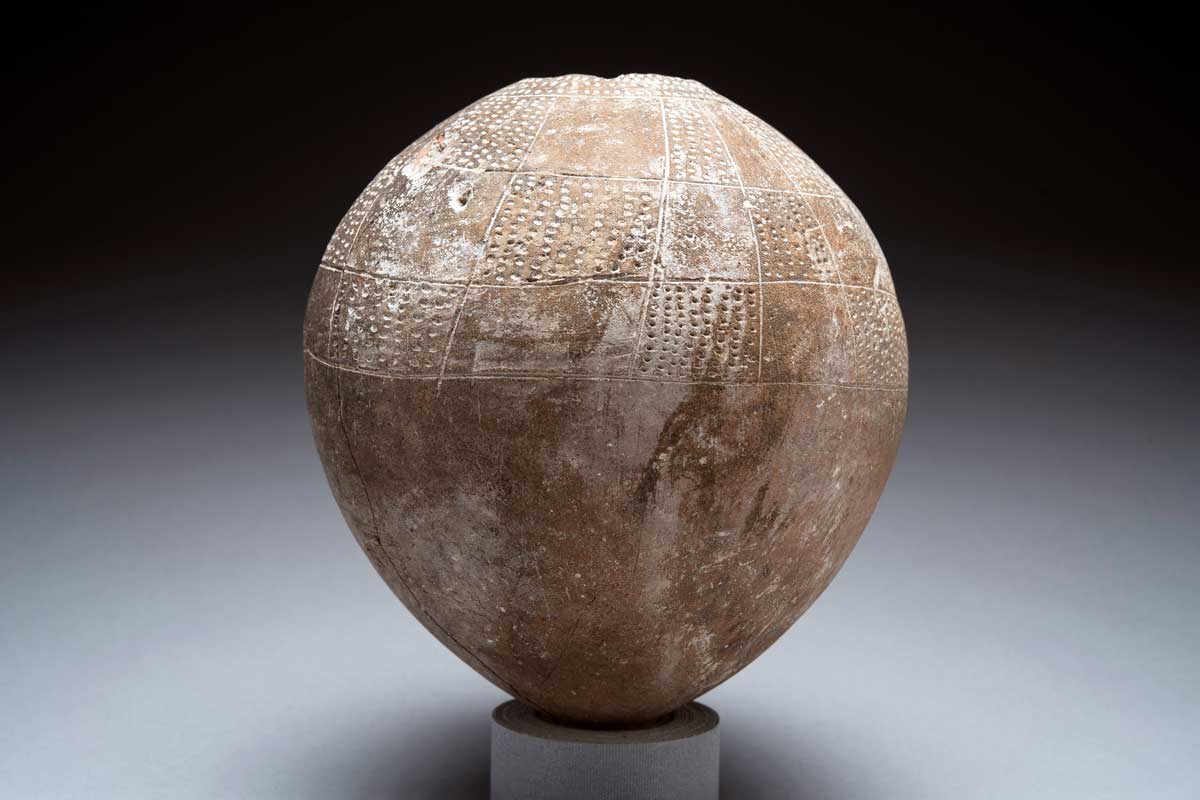 This vessel is a jug, but unfortunately its neck and handle have broken off and we are left with only the body. This particular jug shape is highly characteristic of the Middle Bronze Age, or the first half of the second millennium BCE. However, within this span of time the jug undergoes a gradual change in shape that sees its profile shift from an oval to more of a piriform, or pear-shaped, appearance. This vessel, therefore, likely dates later in this sequence, some time during the Middle Bronze Age II B/C period, or roughly 1750-1550 BCE. This jug belongs to a class of pottery known as Tell el-Yahudiyeh Ware, which like Abydos Ware, is named after the site in Egypt where such ceramics were first discovered. Tell el-Yahudiyeh Ware has a highly distinctive decoration that consists of punctures placed around the vessel in geometric patterns which are then filled with chalk. 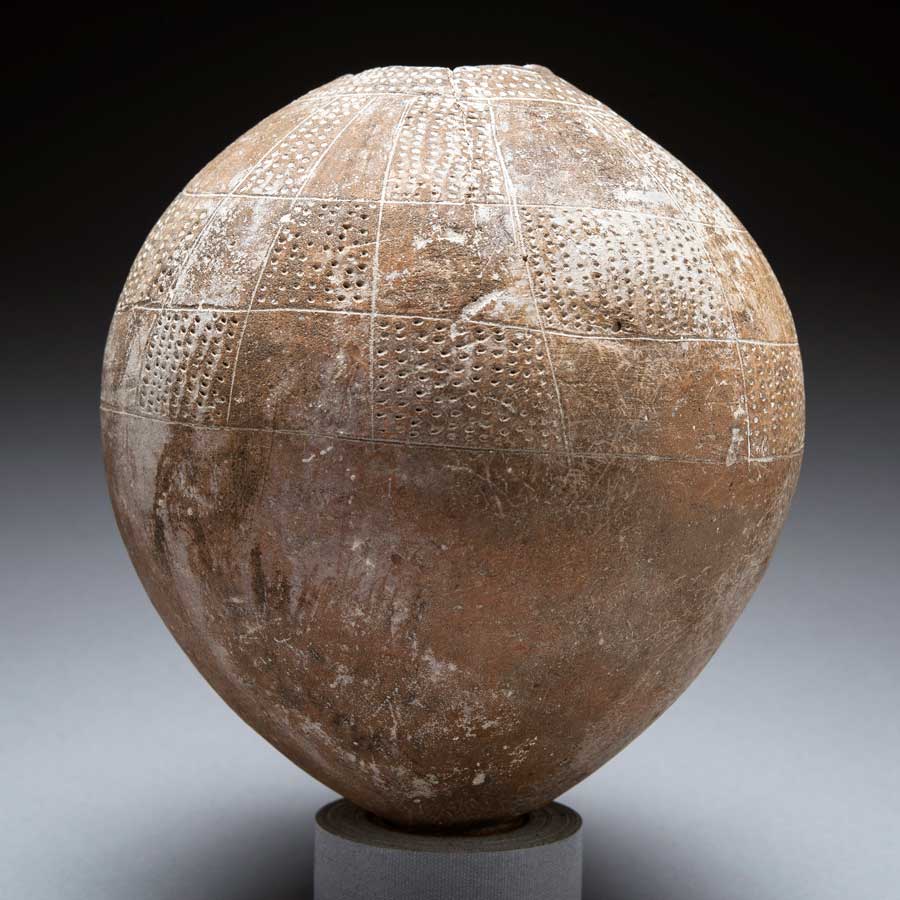 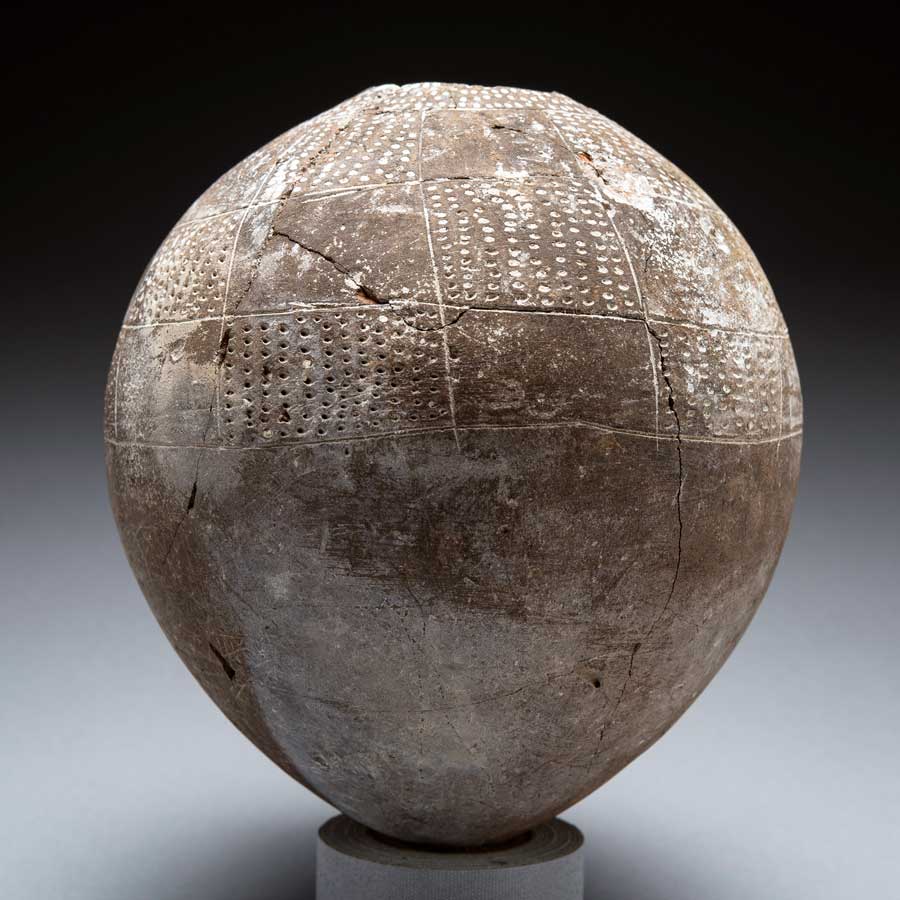