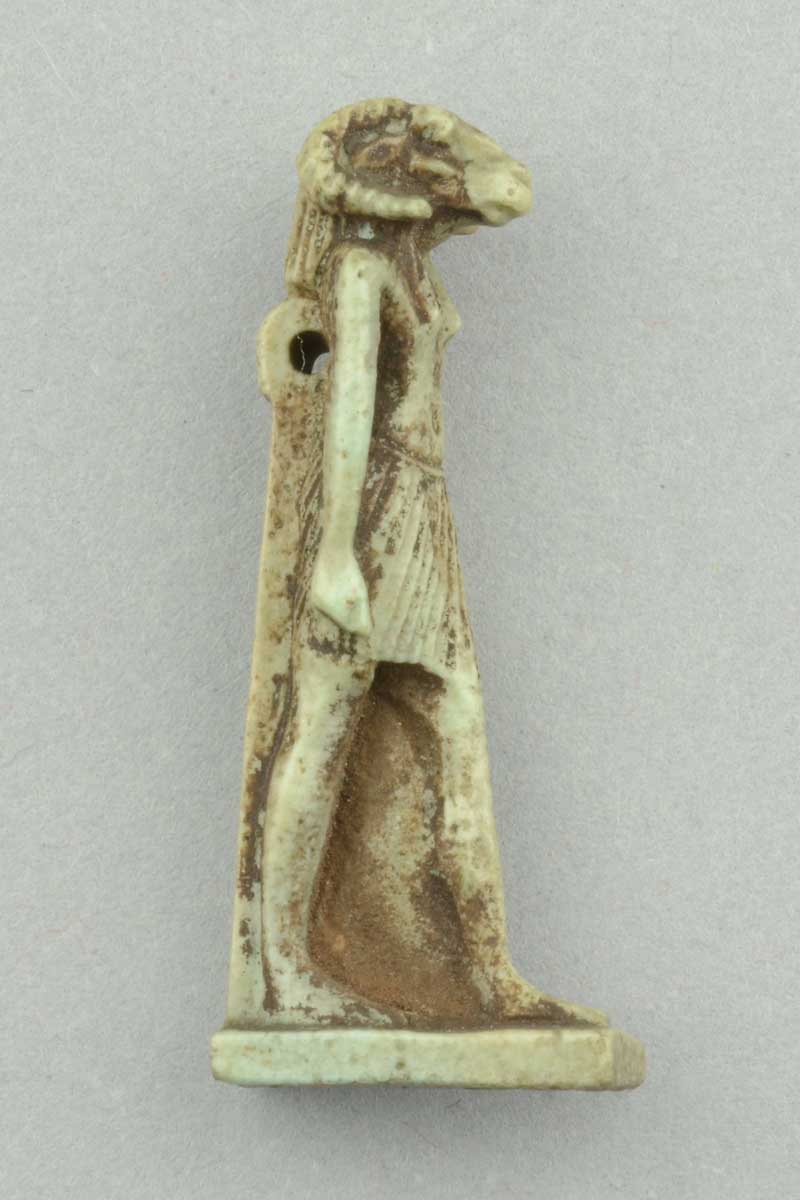 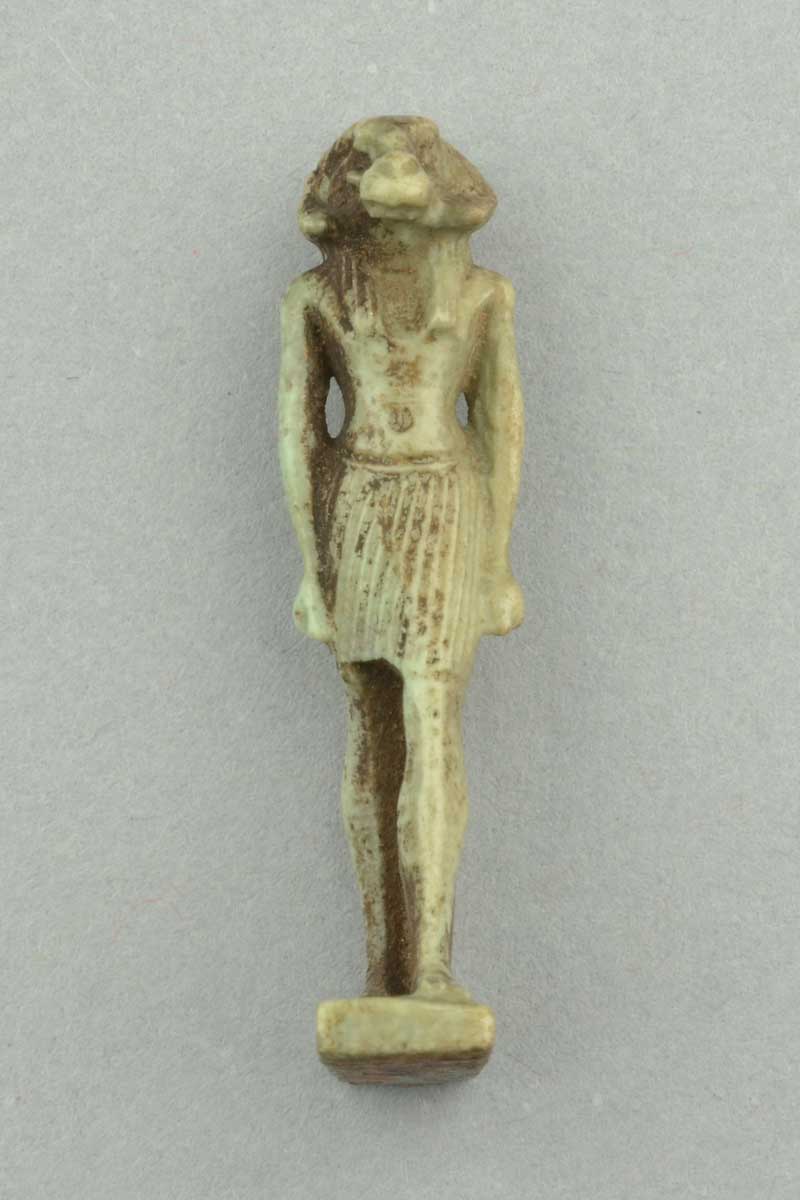 This faience amulet depicts a ram-headed god striding with his proper left foot forward and his arms down at his sides. The figure has no shirt and wears a pleated kilt and tripartite wig. The level of detail exhibited in the face and body is very high. The amulet is pierced through the back-pillar behind the waist, creating a slight protrusion that is decorated with parallel, vertical lines.

This amulet most likely depicts the popular god Khnum, a deity who was invariably shown as a ram or a ram-headed man. A particular breed of ram (Ovis longipes palaeoatlanticus) with short curled horns — like the one seen here — was used specifically to render Khnum. Khnum primarily served as a creator deity, who was thought to use a potter’s wheel and primordial mud to manufacture living beings and objects alike. He was closely associated with the Nile inundation, which was thought to creatively endow the land and its people with life. His cultic centers were primarily located in southern Upper Egypt and northern Lower Nubia, as he was thought to be the patron god of the Nile cataracts (areas of rapids that impede process up and down river).

Since the ram-headed deity here does not bear a crown or headdress that allows certain identification, it is also possible that this amulet depicts the god Heryshef, an embodiment of divine majesty. Heryshef was worshipped as a creator god and the patron god of Heracleopolis. He was frequently conflated with Osiris, endowing him with regenerative powers in funerary contexts.

Amulets of this type — depicting a striding anthropomorphic ram-headed god — became popular in the Third Intermediate Period (ca. 1069-664 BCE) and fell in and out of fashion throughout the Late Period as well (ca. 664-332 BCE). They were most frequently placed on the chest and torso of mummies within their wrappings.