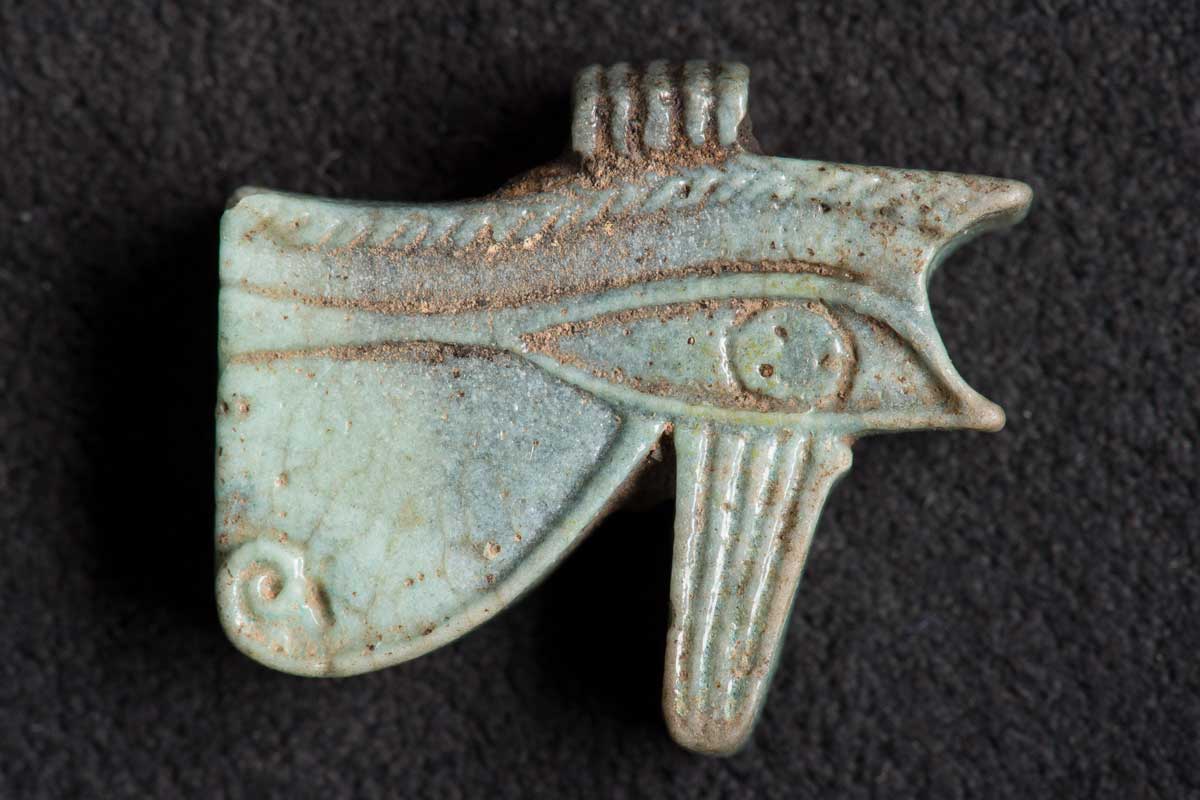 Ancient Egyptians frequently wore jewelry imbued with symbolic meaning and magical properties. These potent objects, known today as amulets, were worn on the body in way that is comparable to modern bracelet charms and necklace pendants for the living, or worked into mummy wrappings to protect the deceased. Amulets were an important part of ancient Egyptian material culture for millennia, with the earliest known examples dating from the Predynastic Badarian period (ca. 4400-4000 BCE). They invoked the powers of gods, goddesses, and other magical forces. Because they were desired by people from all social classes, the materials used to make amulets were quite varied, ranging from costly precious stones and metals to the much more common and accessible faience, a glazed material made from crushed stone or sand.

The Egyptians believed in the protective and regenerative powers of amulets and used them in both daily life and funerary rites, as their powers could defend the wearer from malevolent forces. The value of an ancient Egyptian amulet went beyond just the symbolism of what it depicted — its power would have been “activated” by magical practice. Indeed, many spells recorded on papyrus include instructions to be spoken over amulets in various forms. Once “activated,” an amulet would be worn to ensure that its owner continued to benefit from the magic that it now embodied. Professional magicians with the title of “amulet man” were responsible for deciding which amulets an individual might require, and presumably for performing their activation. “Amulet men” are often mentioned in close connection with physicians, as there was little to no distinction in ancient Egypt between magic and science as we understand them today. What we might consider to be medical concerns — the promotion of fertility, for instance, or the prevention of illness or accidents — were addressed by spells spoken over amulets that could then be worn by the “patient.” Such recitations often referred to mythology, associating the person for whom the amulet was intended with gods who had power over hostile forces or who were said to have been healed of injury. Amulets used in funerary contexts were most often enclosed in the deceased’s mummy bandages and helped him or her make the perilous journey into the afterlife safely. The phylactic (protective) properties of amulets served the dead in the same manner as the living, fulfilling a variety of ancient Egyptian needs for well-being and safety.

This exhibit is the result of a large-scale project headed by graduate student Ashley Fiutko Arico to catalog over 250 amulets in the collection of the Johns Hopkins Archaeological Museum. Objects in this exhibit include pieces collected by Baltimoreans Colonel Mendes Israel Cohen in the 1830s and James Teackle Dennis during the first quarter of the 20th century. 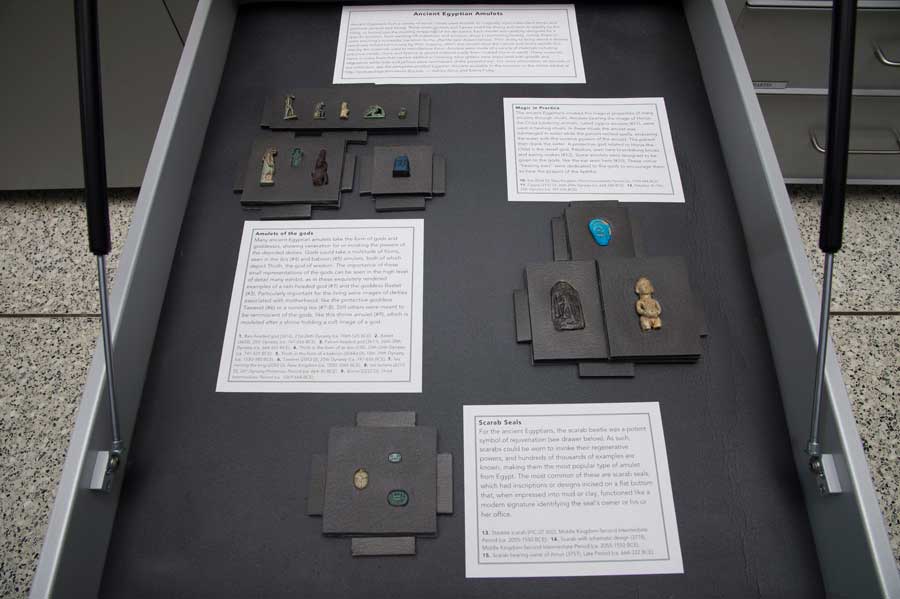 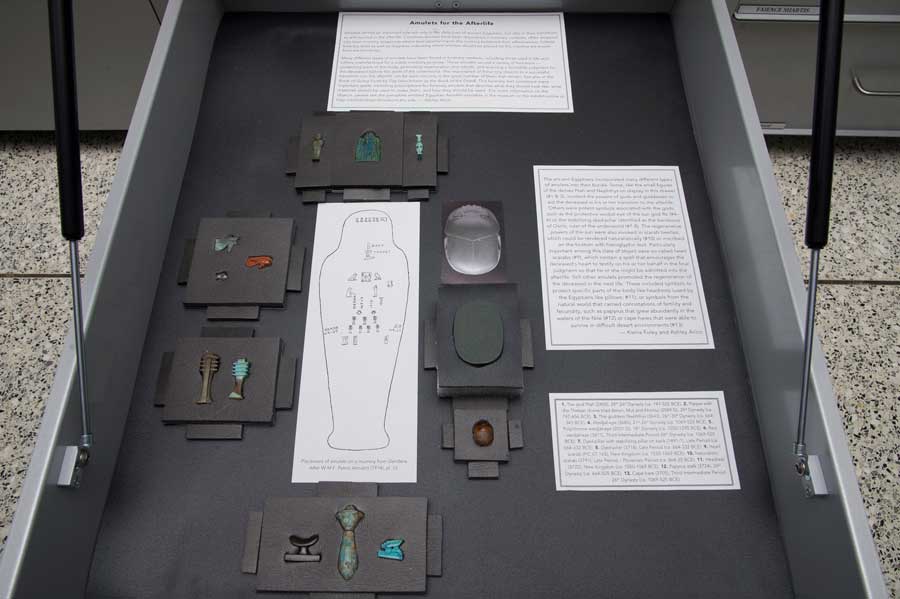