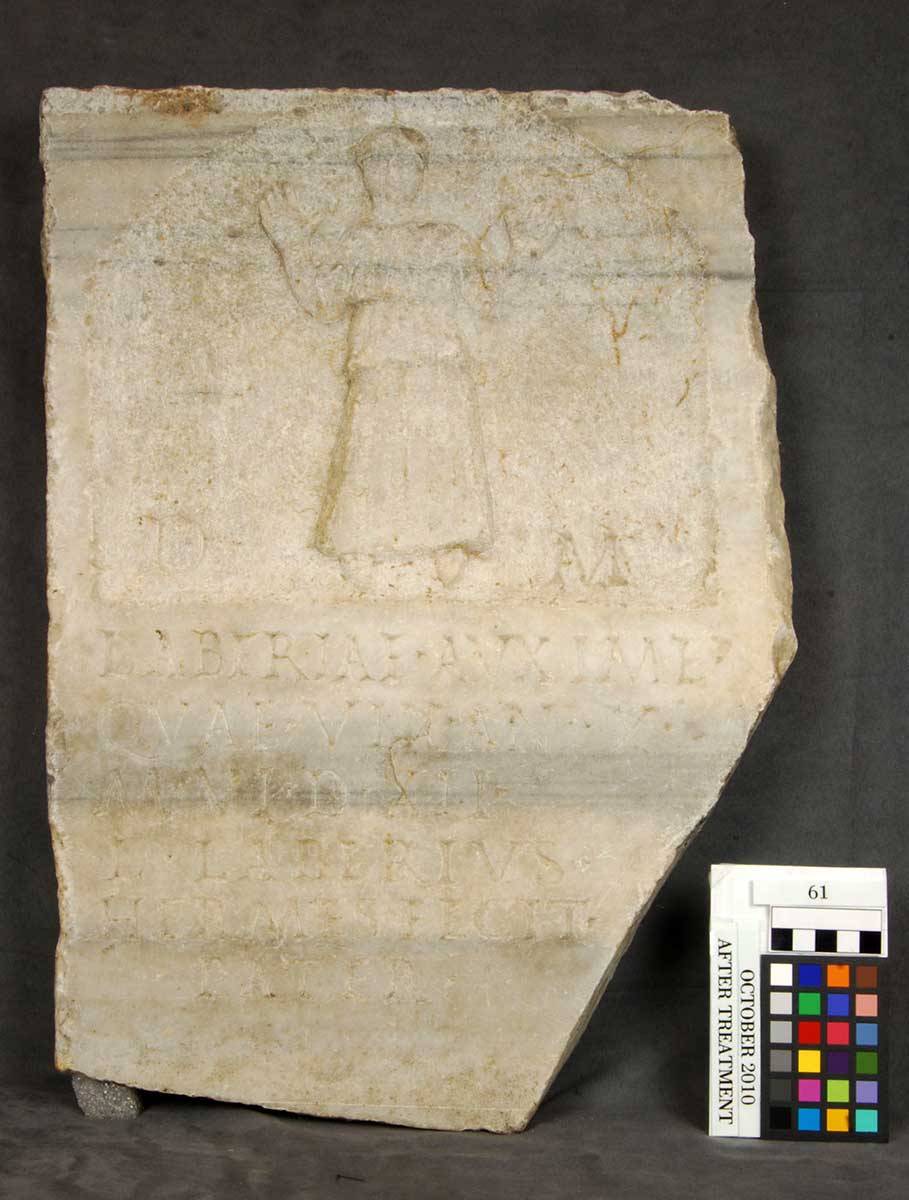 “To the spirits of the dead
And to Laberia Auxime
Who lived 10 years
6 months and 12 days.
Lucius Laberius
Hermes made this
Father.”

This marble slab, dated to the second century CE and found in Rome, marked the grave of a young girl named Laberia Auxime. We learn that Laberia died at the young age of 10 and that her father dedicated this stone to her. A young girl, presumably the deceased herself, is depicted above the inscription. So-called “mulieres orantes”, or praying women, are frequently found on grave stones and sarcophagi, especially on Christian ones. Although the belief persists that the Greeks and Romans did not really care about young children because child death was so frequent, grave stones like this one show that they were loved, and that parents grieved the death of a child, even a girl’s.