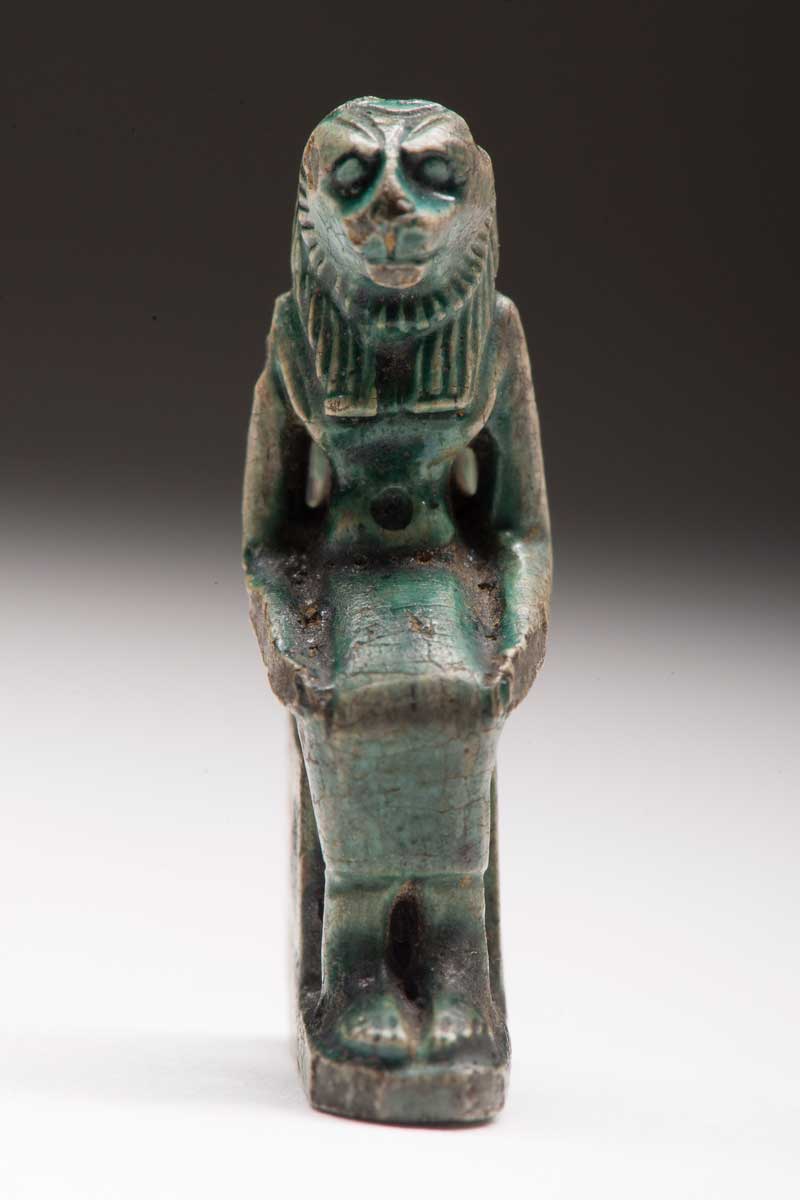 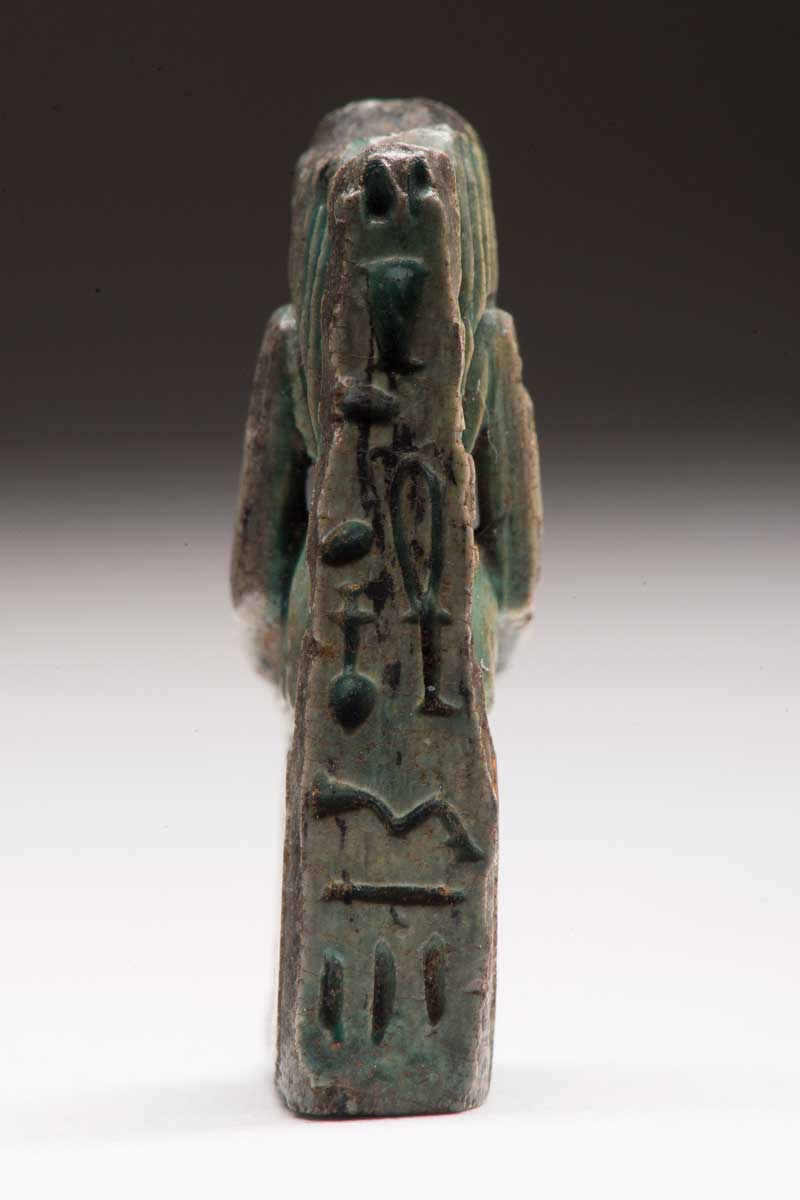 This delicately carved steatite amulet depicts an enthroned goddess with the head of a lioness. The deity wears a striated tripartite wig and a tight-fitting dress that comes to mid-calf. Both the back-pillar and the bottom of the amulet have been incised with hieroglyphs. The steatite has been glazed a dark turquoise color.

This feline deity is the maternal fertility goddess Bastet, identified by name in a small inscription on the back of the throne. Bastet could appear as the lion-headed woman seen here or in her most archaic form, solely as a cat. The inscription on this amulet also contains the epithet “beautiful sistrum (rattle) player,” referring to Bastet’s role as a patron goddess of religious festivals, which often incorporated music. As a goddess of merry-making and joy, she also came to embody maternal attributes and was worshipped for her powers of fecundity and fertility. For these reasons, her image was used by women during life in amuletic forms from the time of the Old Kingdom (ca. 2686-2160 BCE). However, amulets of Bastet in this particular form — as an enthroned woman with a maned lionness head — did not become common until the Third Intermediate Period (ca. 1069-664 BCE).

Bastet, often associated closely with the ferocious lioness goddess Sakhmet, also assumed more violent roles, as she was able to both inflict and cure disease. Both Bastet and Sakhmet were considered to be powerful manifestations of the sun’s eye, the Eye of Re. Amulets bearing the likeness of Bastet were used by dedicants both to show veneration of the deity and to invoke her powers, harnessing her fecundity and protection. 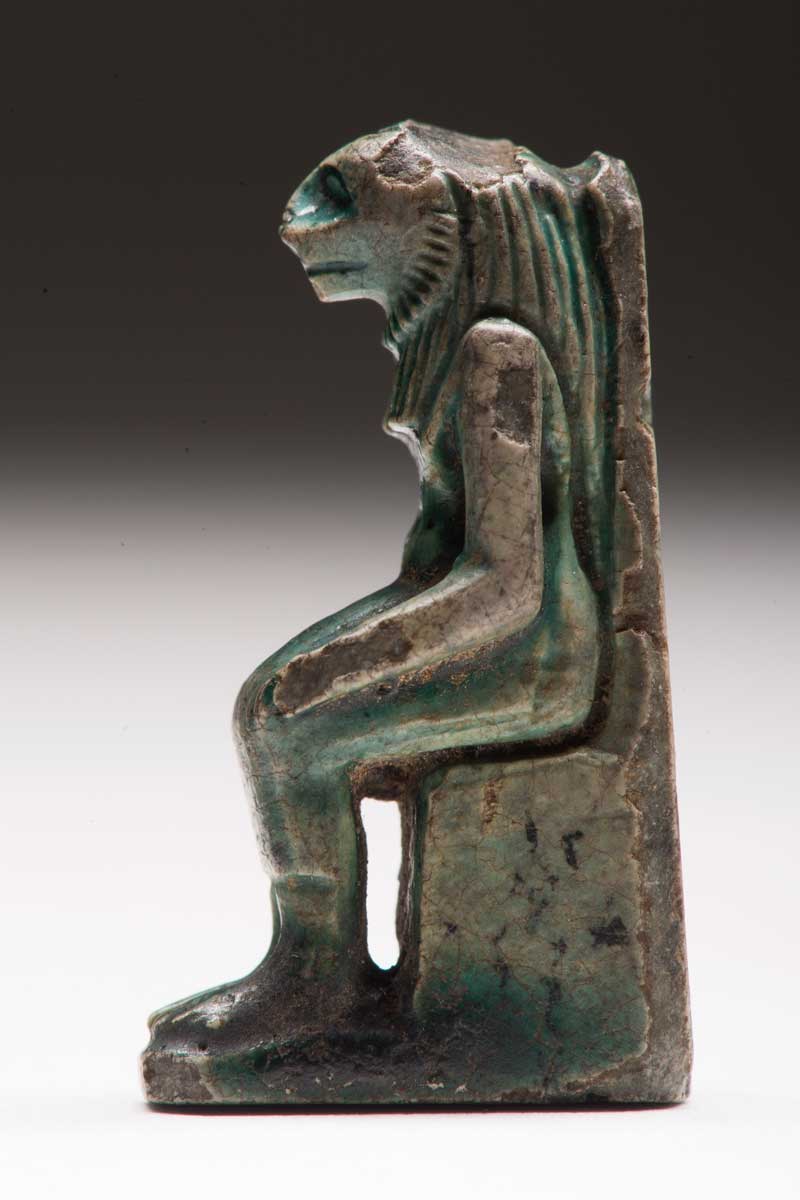 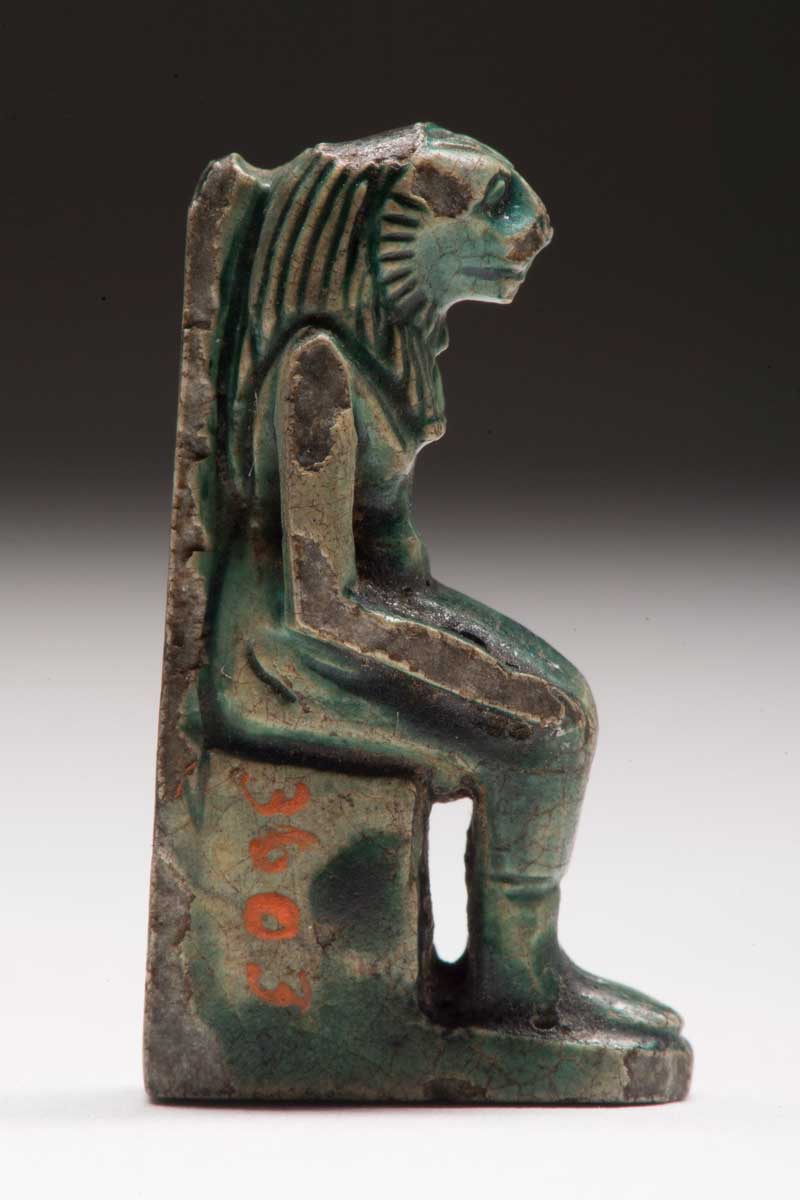