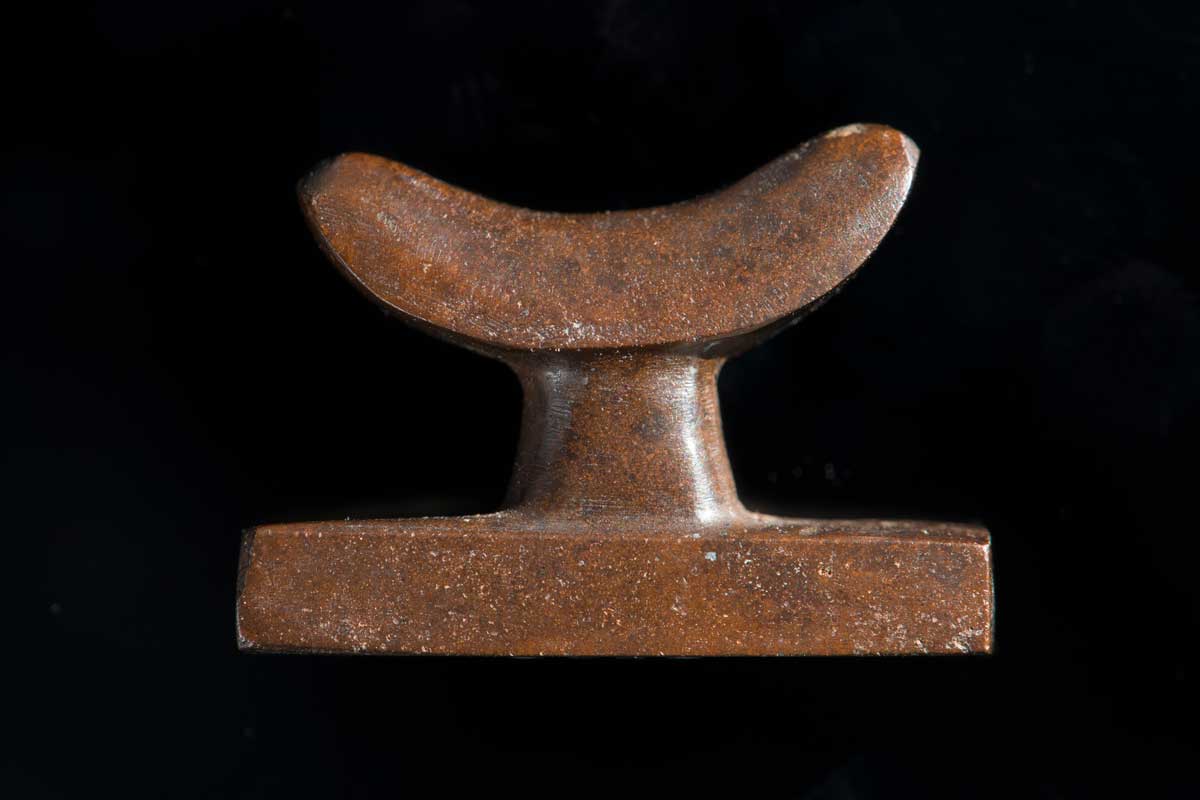 This stone amulet has been carved from a dark brown stone to depict a headrest.

This amulet has been rendered in the form of an ancient Egyptian headrest. The Egyptians used this style of headrest — a flat, rectangular base with a straight shaft and curved neckpiece — from the 1st Dynasty (ca. 3000-2890 BCE) through the Ptolemaic Period (ca. 332-30 BCE). Headrests in this form were used in the same way that modern pillows are used, supporting the gap between one’s head and shoulders during sleep. Such pillow-like headrests could be executed in a variety of materials with different decorative motifs, these being largely apotropaic (protective) in order to ward malevolent forces away from the defenseless sleeping individual.

The ancient Egyptians were often buried with their headrests so that they could be used in the afterlife; however, beginning in the latter half of the Third Intermediate Period (ca. 747 BCE), amulets in the form of a headrest could be used to replace the physical piece of furniture and they were often included in the deceased’s mummy wrappings. In Chapter 166 of the Book of the Dead, the importance of headrests in the afterlife is emphasized. These objects — being simultaneously practical and apotropaic — were thought to protect the head of the deceased in the afterlife, saving it from decapitation by evil forces.