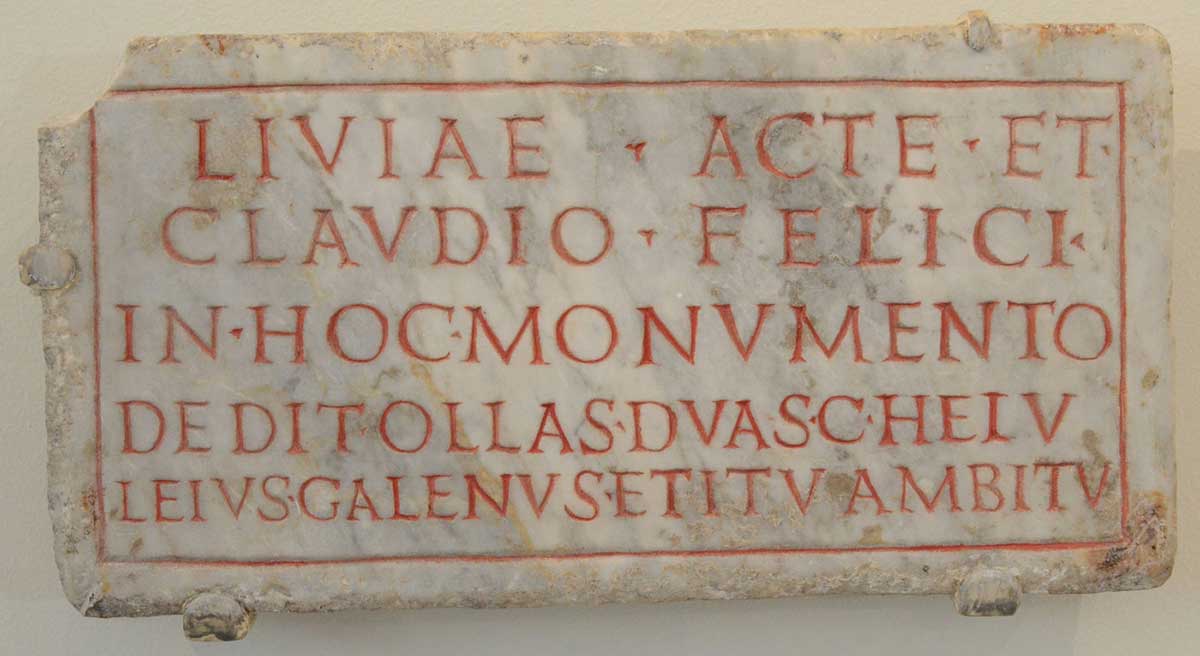 “To Livia Acte and
Claudius Felix.
In this monument
Gaius Heiuleius Galenus dedicated two urns
And it is forbidden to walk here.”

This inscription marked the burial monument of two people, a woman named Livia Acte, and a man named Claudius Felix. A man named Gaius Heiuleius Galenus placed their urns in the tomb, but we do not learn his relationship to the deceased.

The last two words are a common phrase in Latin tomb inscriptions and intend to keep passers-by from entering the tomb and its surrounding area. The inscription was found in Rome and is dated to the first century CE.