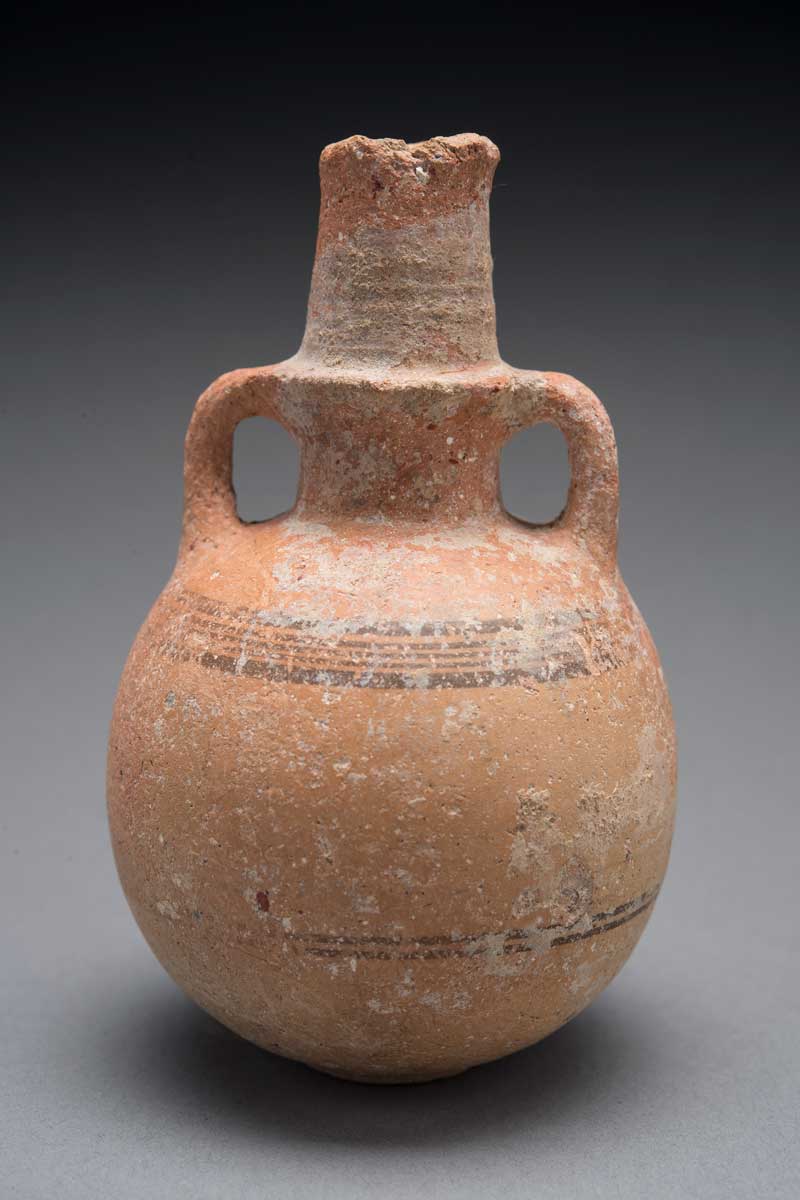 This tiny juglet belongs to the early first millennium BCE, or Iron Age IIA period. Historically, this is around the time that Israel was first formed as a state under the United Monarchy of David and Solomon. These little vessels are referred to by two different names. The first is Cypro-Phoenician Ware. This term indicates our poor understanding of its geographic place of manufacture: individual vessels could originate in Cyprus, but also might come from the Phoenicians who lived on the Levantine coast across from Cyprus and north of Israel in modern-day Lebanon. Scholars more frequently use the descriptive term Black-on-Red Ware, which reflects the geometric black circles painted onto the red slip, or coating, of the vessel. A juglet this size would presumably have been used to hold perfumes or other precious liquids.