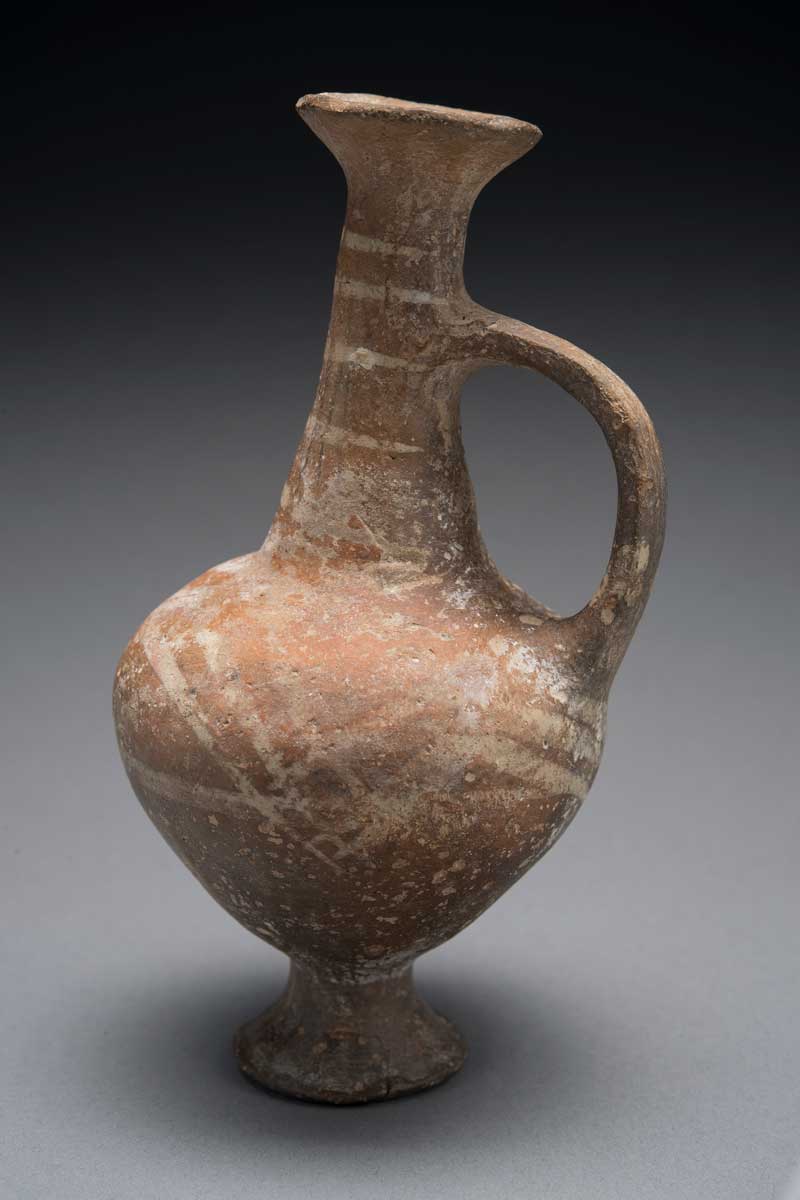 This tall thin juglet dates to the Late Bronze Age, which dates to roughly 1550-1200 BCE. It belongs to a class of pottery known as Base Ring Ware, which spans the Late Bronze Age, though vessels with white painted decoration like this one tend to be late within that range. This time period in the eastern Mediterranean and ancient Near East is often referred to as an ‘age of internationalism’ since Egypt, Greece, Cyprus, Anatolia, and the Levant were in such close political, economic, and cultural contact at the time. Base Ring Ware is highly indicative of this trend, since it was made in Cyprus and found its way to Israel through economic or cultural exchange. Some scholars have argued that this vessel, often called a ‘bilbil,’ was used to contain opium, partially because its shape resembles the bulb of the opium poppy. 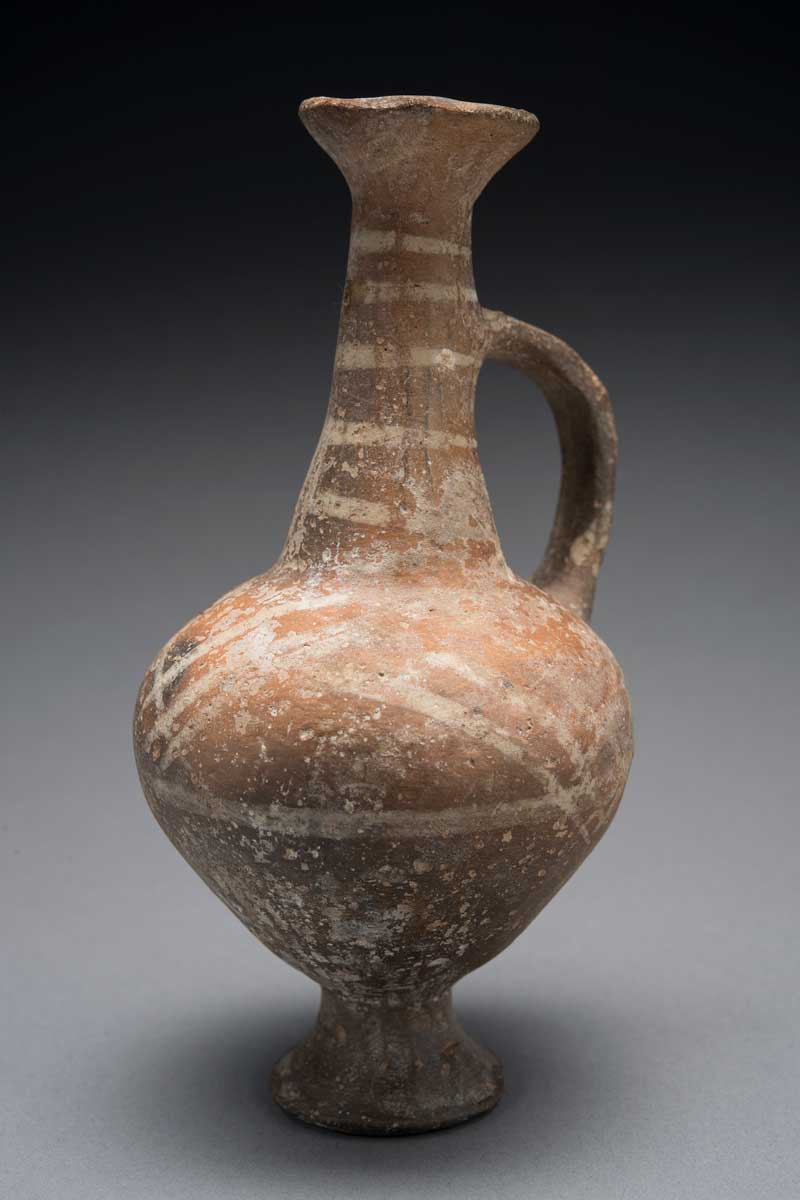 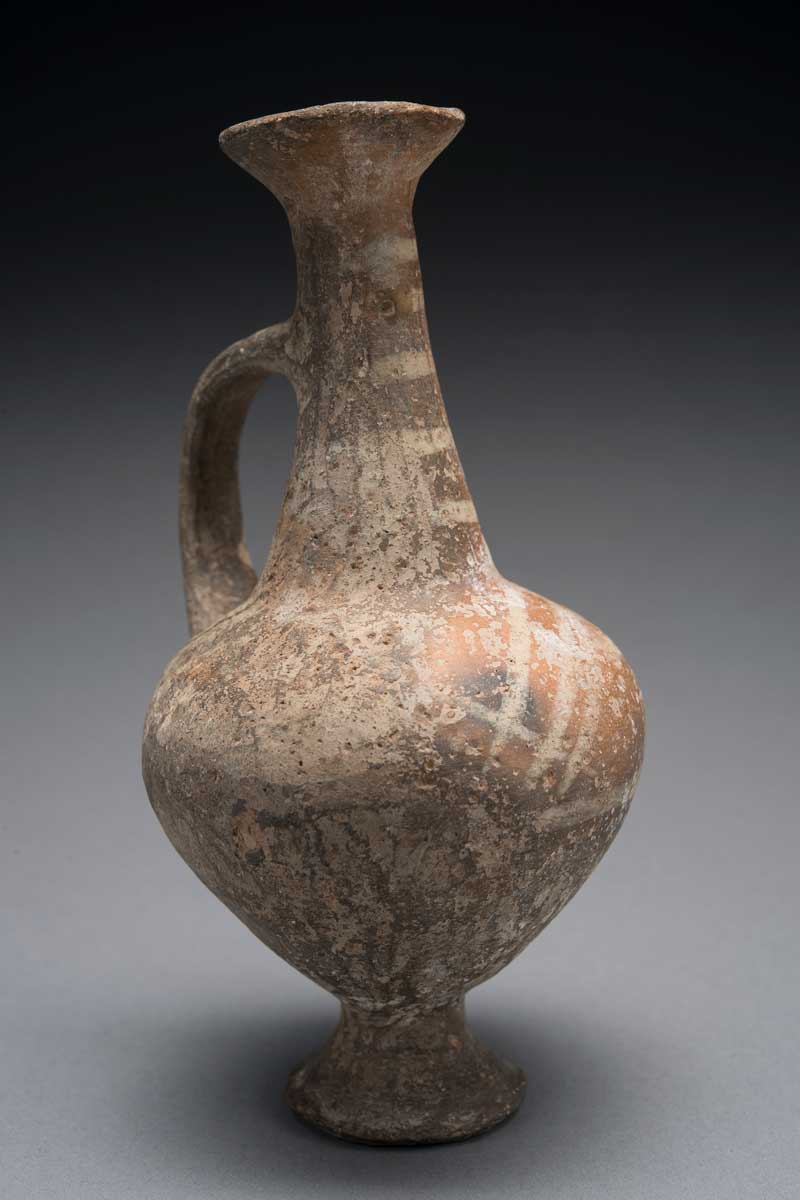