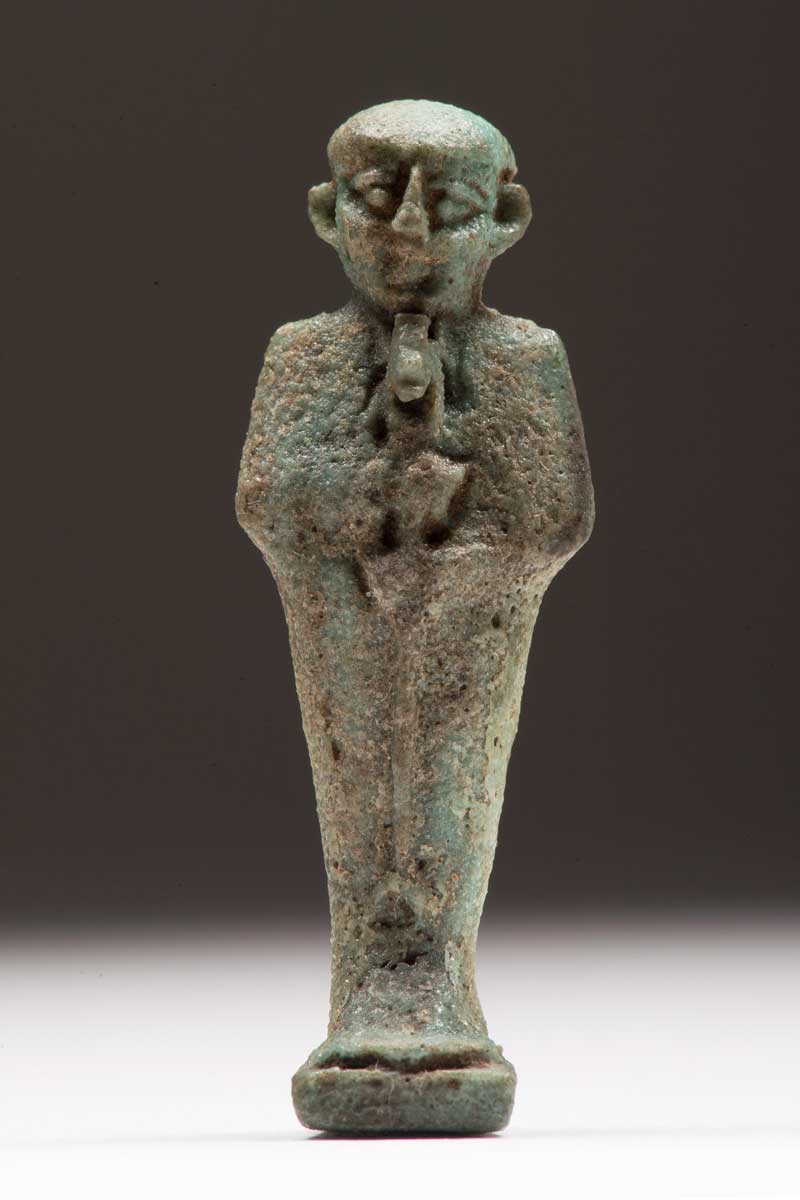 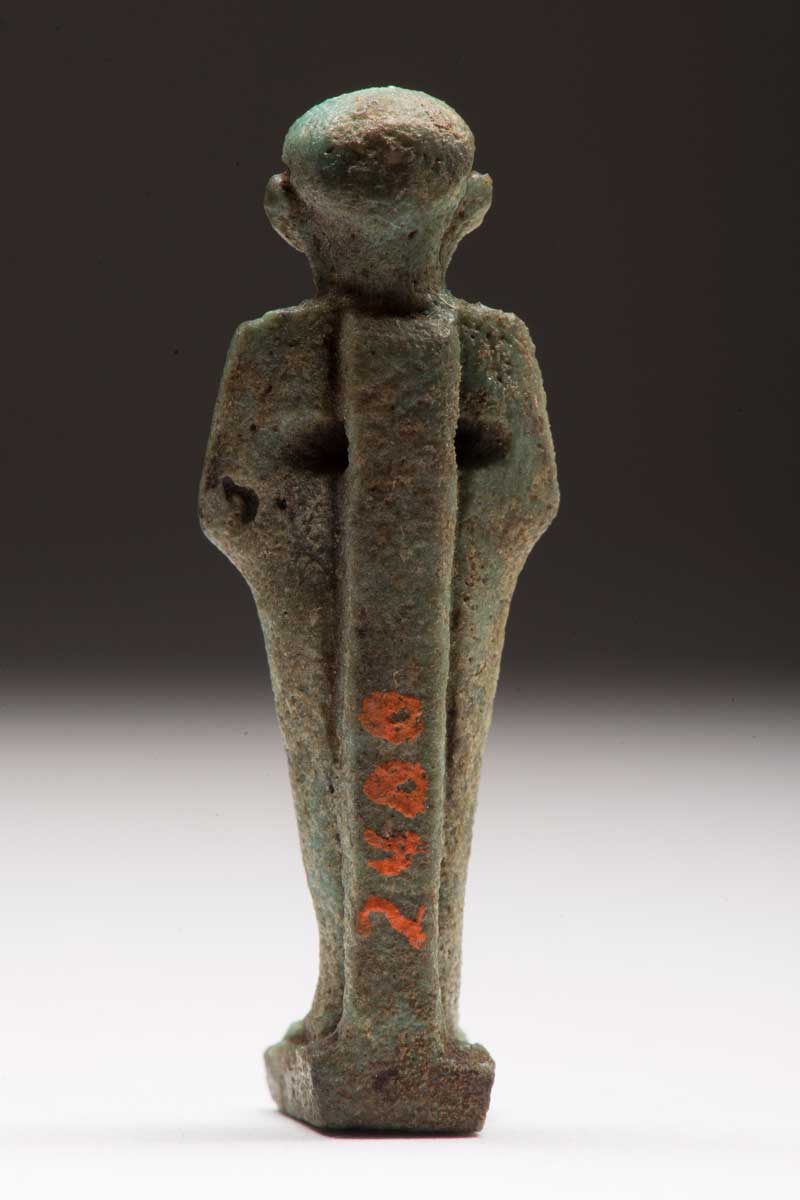 This faience amulet depicts the mummiform god Ptah. The deity, who stands on a rectangular base, holds a scepter in his hands. The amulet is pierced horizontally through the back-pillar behind the chest.

Ancient Egyptian gods and goddesses who assume purely anthropomorphic (human) forms with no animal attributes are often the most primordial and powerful gods in the ancient Egyptian pantheon. The widespread practice of wearing amulets in the form of anthropomorphic deities began in the New Kingdom (ca. 1550-1069 BCE) with the rise of personal piety and continued throughout the rest of ancient Egyptian history (until ca. 395 CE). Wearing a deity’s image as an amulet allowed the dedicant to show devotion to the depicted god while simultaneously invoking some of the god’s powers.

One of the most famed anthropomorphic gods in the ancient Egyptian pantheon is Ptah, seen here in his most common form: mummiform with an artisan’s skullcap. According to some theologies, Ptah was the creator god who spoke the primordial mound from which all other life rose into existence. Ptah served as the patron god of Memphis, the capital of Egypt at different points in its ancient history. He also acted as a god of craftsmen and skilled laborers. Ptah was not only associated with artisans, but with royalty as well; Ptah endowed kings with life, stability, and dominion, embodied by the hieroglyphic symbols that comprised his scepter (respectively, the ankh-sign meaning “life,” the was-sign meaning “dominion,” and the djed-pillar meaning “stability”). In fact, many kings were crowned in his Memphite temple. Amulets of Ptah are thought to have been used to harness the god’s creative forces for the wearer while also acting as objects of the wearer’s piety. 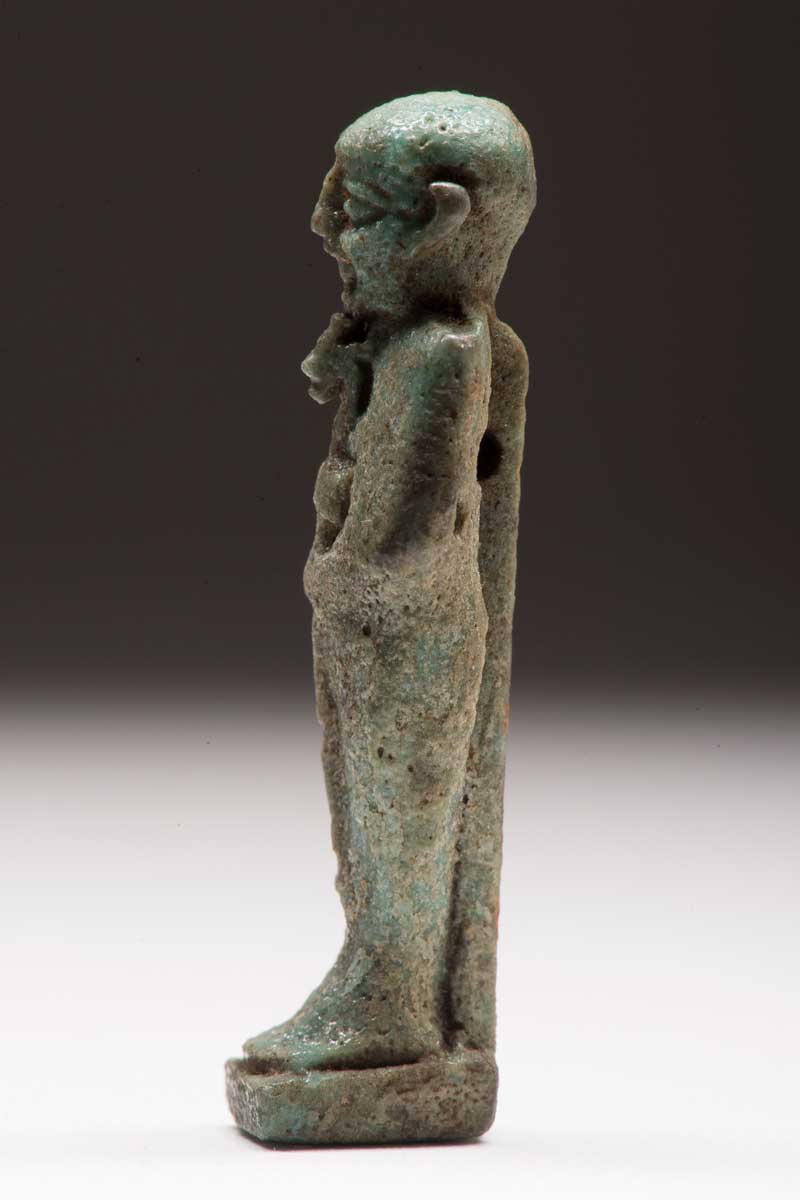 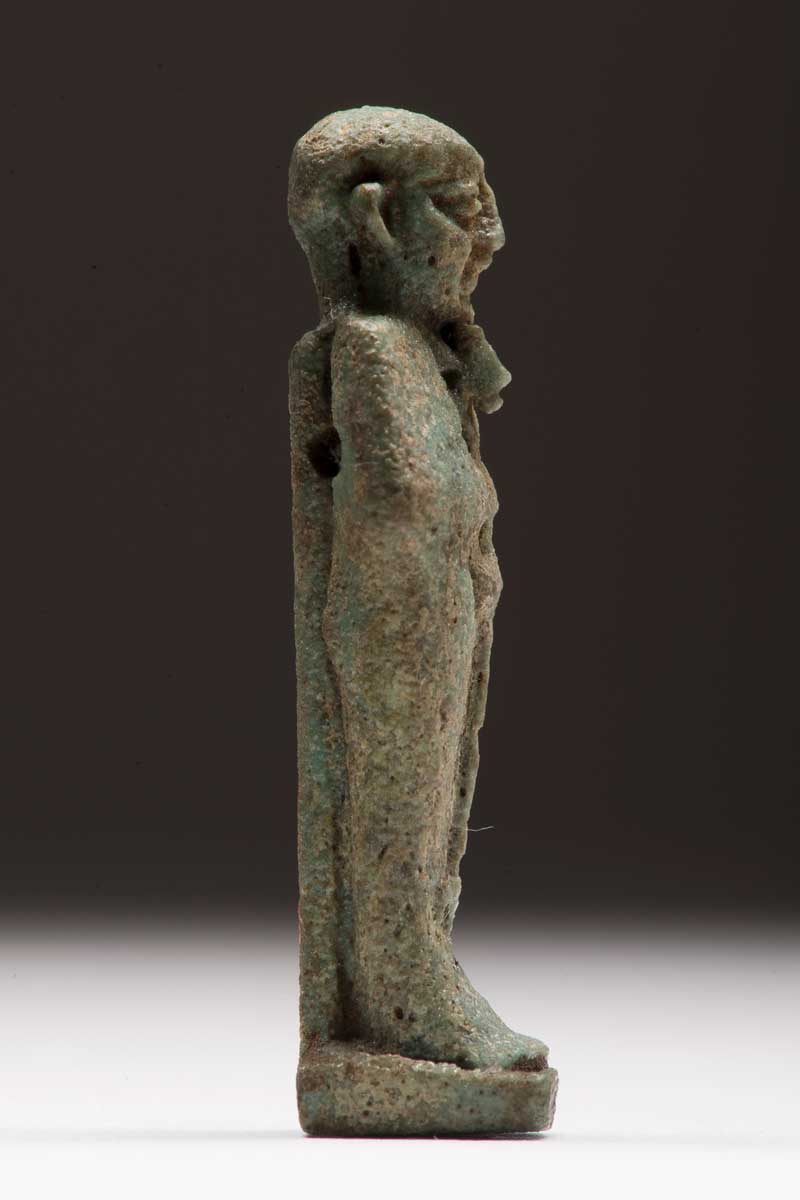