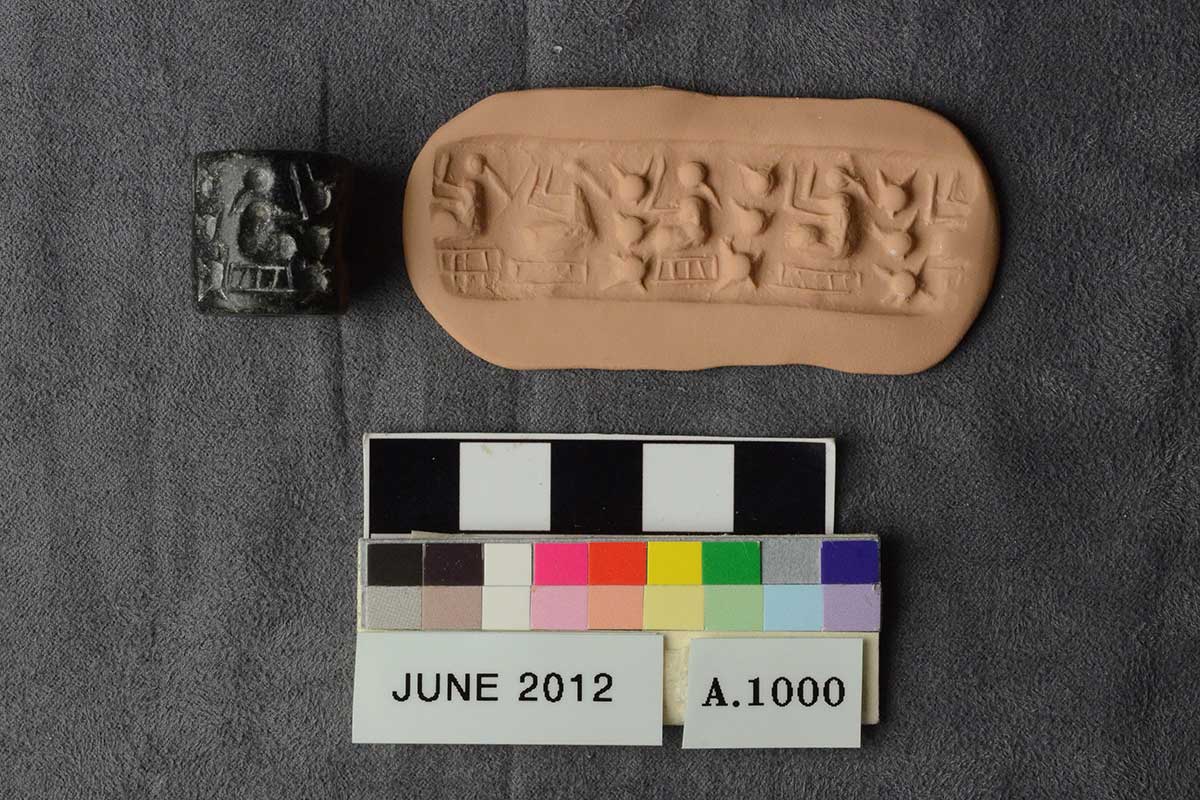 Four figures sit facing left, arms raised in front. Their bodies are simple L-shapes, made with drill-holes and filled out with a cutting tool; their heads are single drill-holes, with lines hanging down behind representing ponytails. In the spaces between the women are unidentified, circular objects.

The scene on this seal is typical of the “Jemdet-Nasr style,” which appears on seals from regions across the Near East during the late Uruk and the Jemdet-Nasr periods (ca. 3100-2900 B.C.E.). The “pig-tailed women” shown here are a common feature of the Jemdet-Nasr style. They are often shown crouching or seated on platforms or mats, as here, and are usually engaged in domestic work such as weaving or pottery-making. Their tasks have sometimes been interpreted as having a temple context – perhaps illustrating preparations for rituals. The significance of the circular objects between the women is not certain – similar objects appear alongside the “pig-tailed women” in many Jemdet-Nasr style seals, and possibly represent pots or vessels being made by the women.