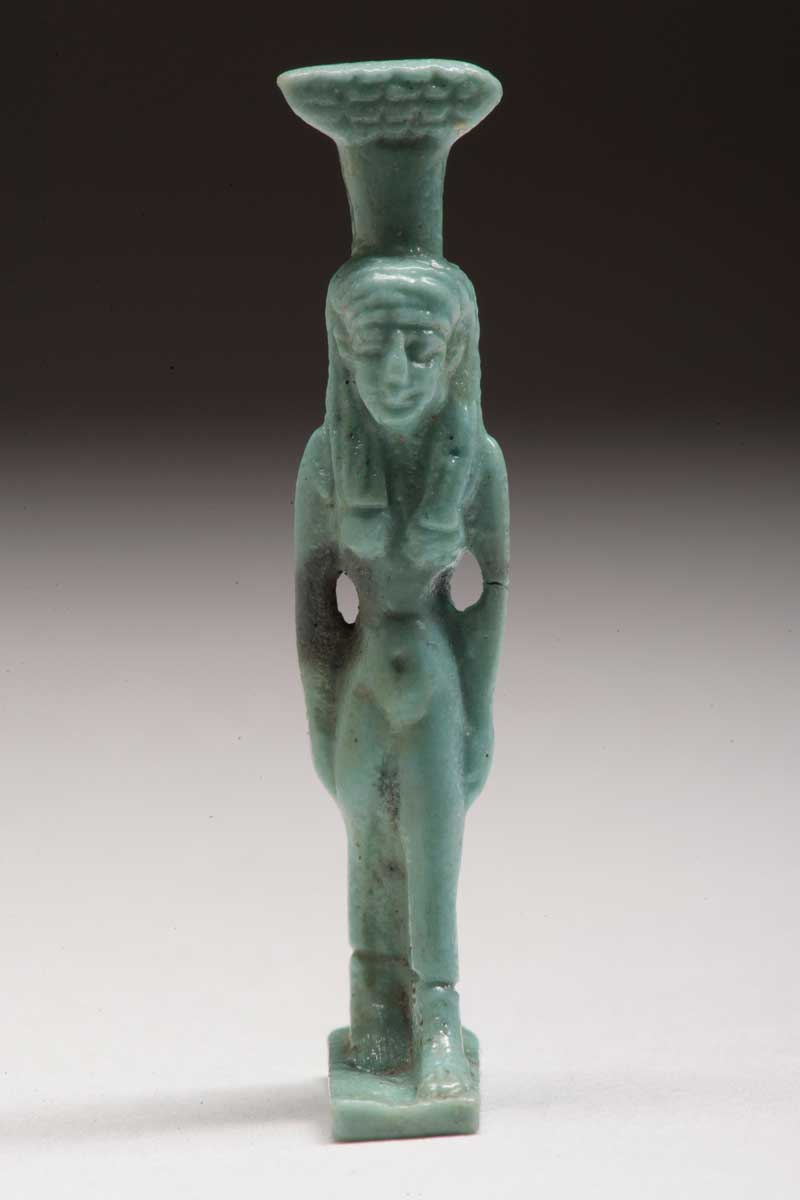 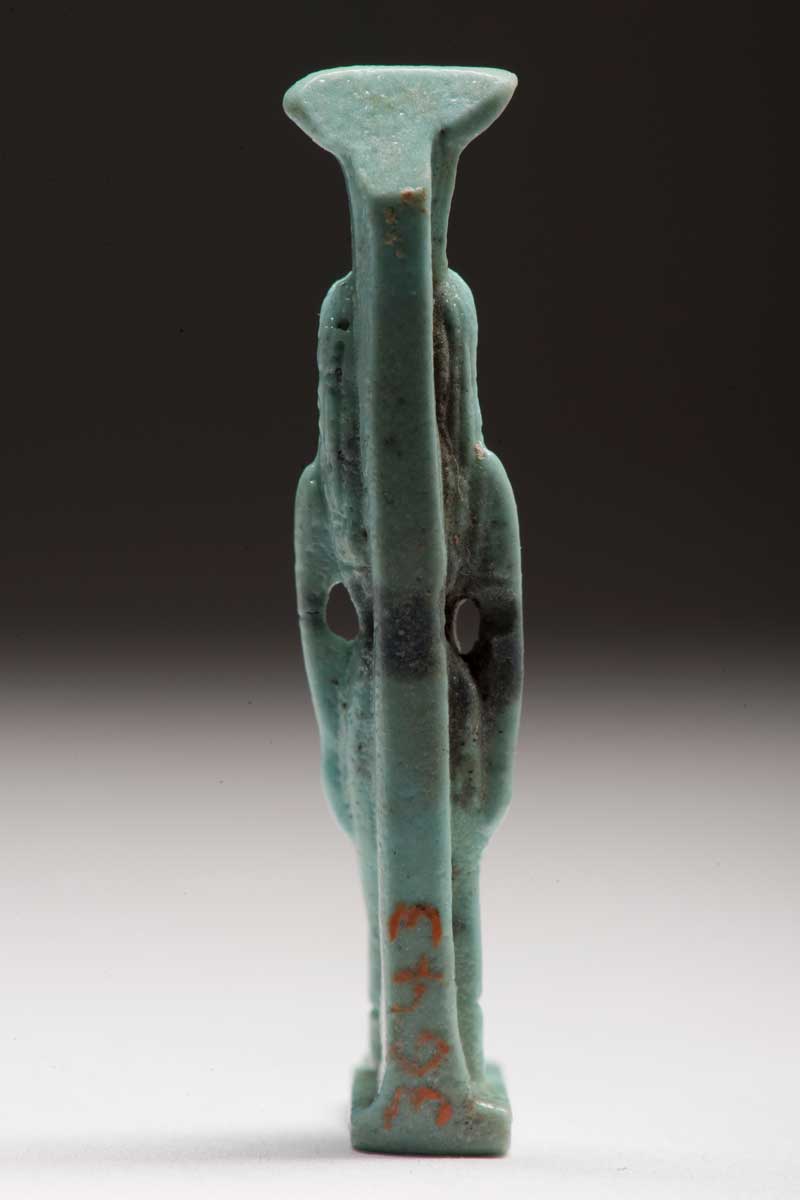 This faience amulet has been modeled to depict a striding Nephthys with her left foot forward. She wears her typical tall headdress which spells out her name. The amulet is pierced through the back-pillar at the waist.

The anthropomorphic (human) goddess Nephthys fulfilled many roles in the Egyptian pantheon, but her most important was certainly as a protectress of the dead. She is most often depicted in the role of a mourner, specifically mourning the deceased god of the netherworld, her brother Osiris. The goddess was also credited with helping to raise her nephew Horus, the son of Osiris and Isis. Nephthys also fulfilled an important role as the consort of Seth, the god of chaos and Osiris’s murderer and brother.

As a protectress and mourner of the dead, Nephthys was most frequently invoked in funerary cults. Her image is used on many funerary instruments, most notably canopic jars (jars in which the deceased’s organs were kept), as she was considered the guardian of the lungs. Consequently, amulets of Nephthys are most frequently used in funerary contexts, secured within mummy bandages in order to protect the deceased. These amulets are of a particularly late date, starting in the 26th Dynasty (ca. 664-525 BCE). In these amulets, Nephthys is most often pictured standing and wearing her typical headdress, which is comprised of the signs that spell her name (“nebet-hut,” meaning “Lady of the Mansion”). 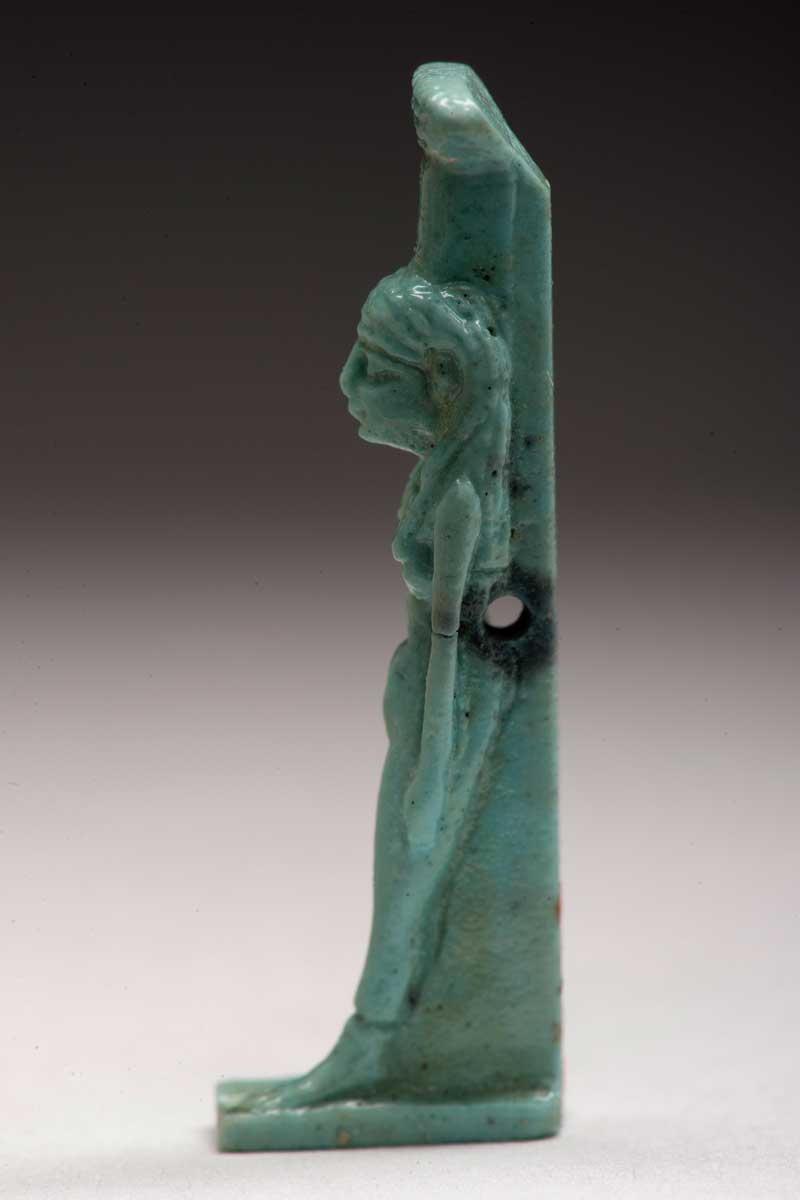 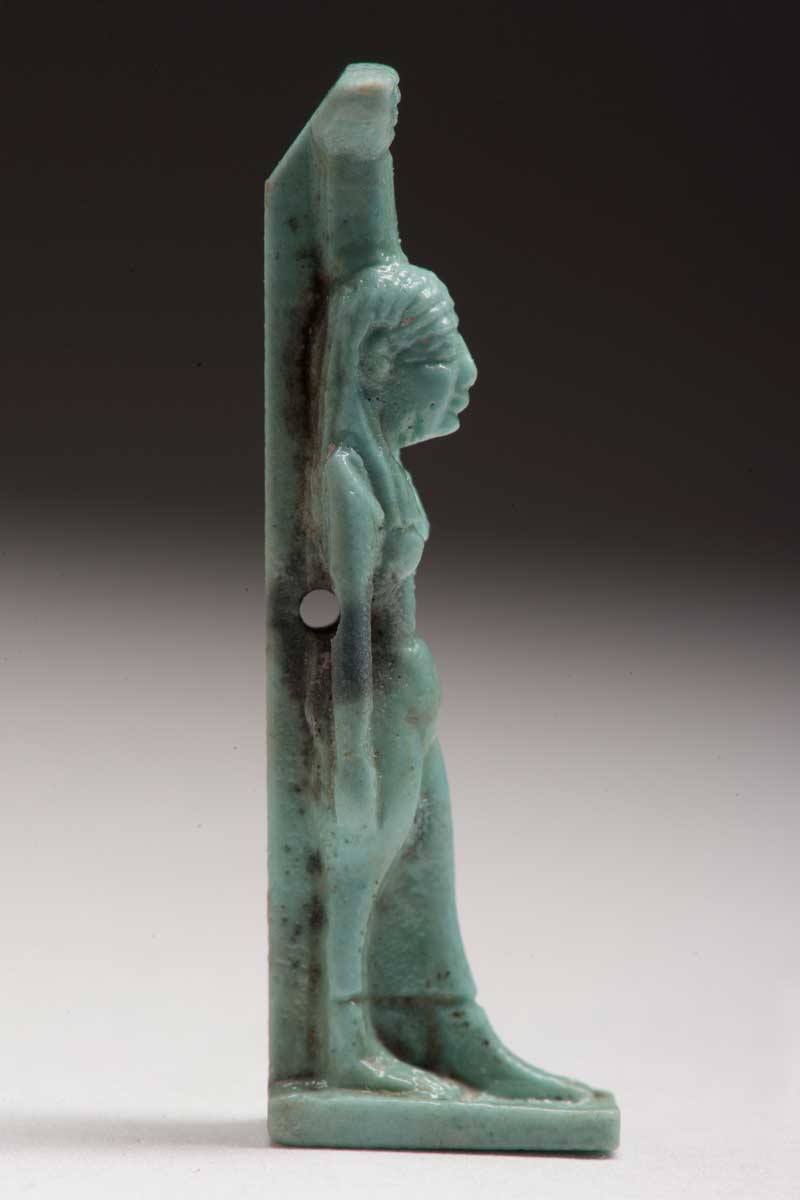