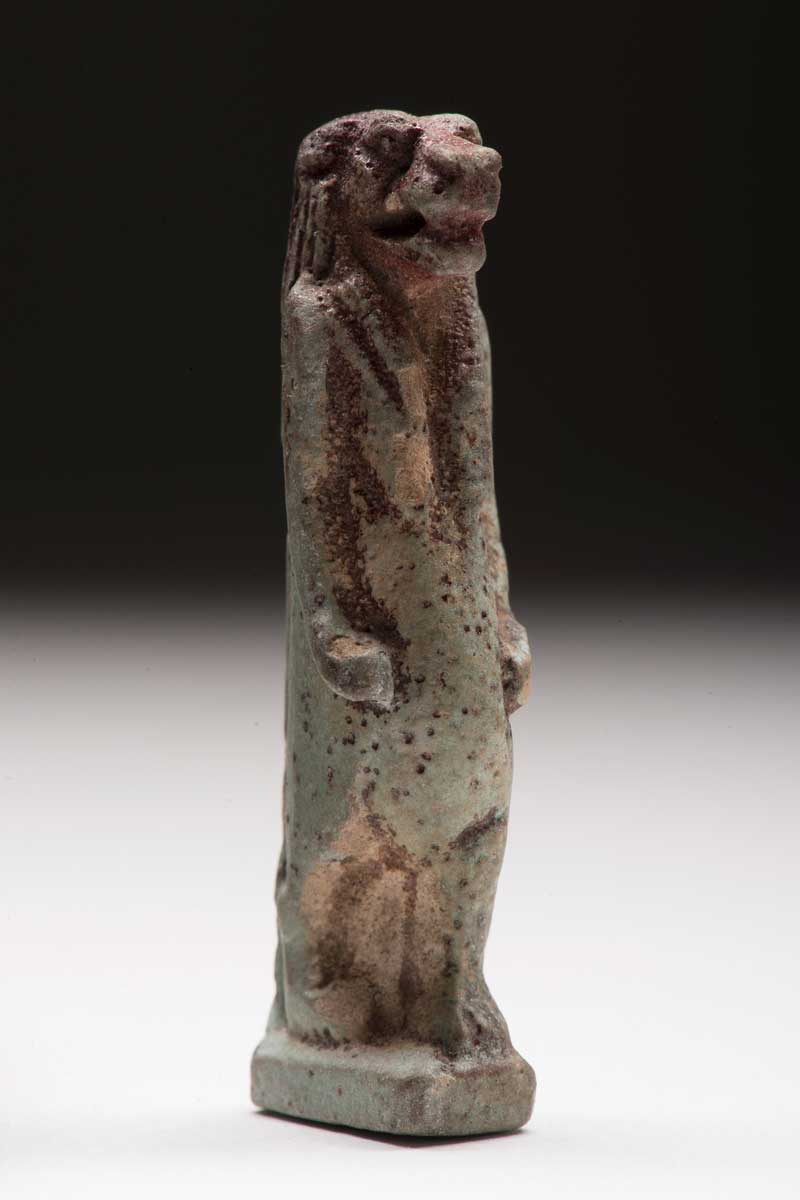 This faience amulet depicts Taweret striding with her left foot forward and her arms down at her sides. The goddess appears in her usual guise, which melds the features of a hippopotamus, a crocodile, and a human female. The object is a light-turquoise color with accents in black, such as on her wig and crocodile’s tail. There is a suspension loop on the back where the wig meets the tail.

The fearsome hippopotamus goddess, Taweret (literally, “The Great One”), was an apotropaic (protective) goddess. She was worshipped primarily in household cults, and though manifestations of the goddess are known from Old Kingdom funerary spells (ca. 2686-2160 BCE), her cult did not gain a large following until the rise of personal piety in the New Kingdom (ca. 1550-1069 BCE). It was in this period that the manufacture of amulets bearing her likeness increased substantially. However, it must be stated that amulets of female hippopotami have a longstanding history in ancient Egypt, dating as far back as the Predynastic Period (ca. 3200-3000 BCE). This light green faience example, molded in the round, is typical of examples dating from the late Third Intermediate Period (ca. 747-656 BCE).

This theriomorphic (animal) goddess Taweret was responsible specifically for the protection of mothers and children, with her apotropaic powers being invoked most frequently during childbirth. Her predatory features — drawn from hippopotami, lionesses, and Nile crocodiles — were thought to instill fear in malevolent forces and ward them off. For this reason, amulets bearing her likeness were thought to help prevent childhood illness and death. Likewise, her image appeared on many instruments used by midwives during childbirth, such as apotropaic ivory wands. In fact, since worship of Taweret was primarily maintained in household cults, her image was used on many household objects, both apotropaically and to show veneration.

Taweret was not solely fierce and violent, but also quite benevolent; the deity’s anthropomorphic (human) features represent her motherly attributes. Her pendulous breasts and swollen belly recall the form of a pregnant woman, showing her fitness to rear children. These breasts, shared by Hapy, a god embodying the Nile River’s inundation, are also a generalized symbol of fertility and regenerative power. Taweret is featured in some versions of a popular and widespread myth in which the Eye of Re becomes angry with her father and retreats to Nubia in the form of a lioness. Upon the Eye of Re’s eventual return to Egypt, she assumes the form of a hippopotamus — presumably Taweret — and consequently brings the Nile’s yearly inundation (flood). This myth demonstrates Taweret’s function as a goddess of fertility and rejuvenation. 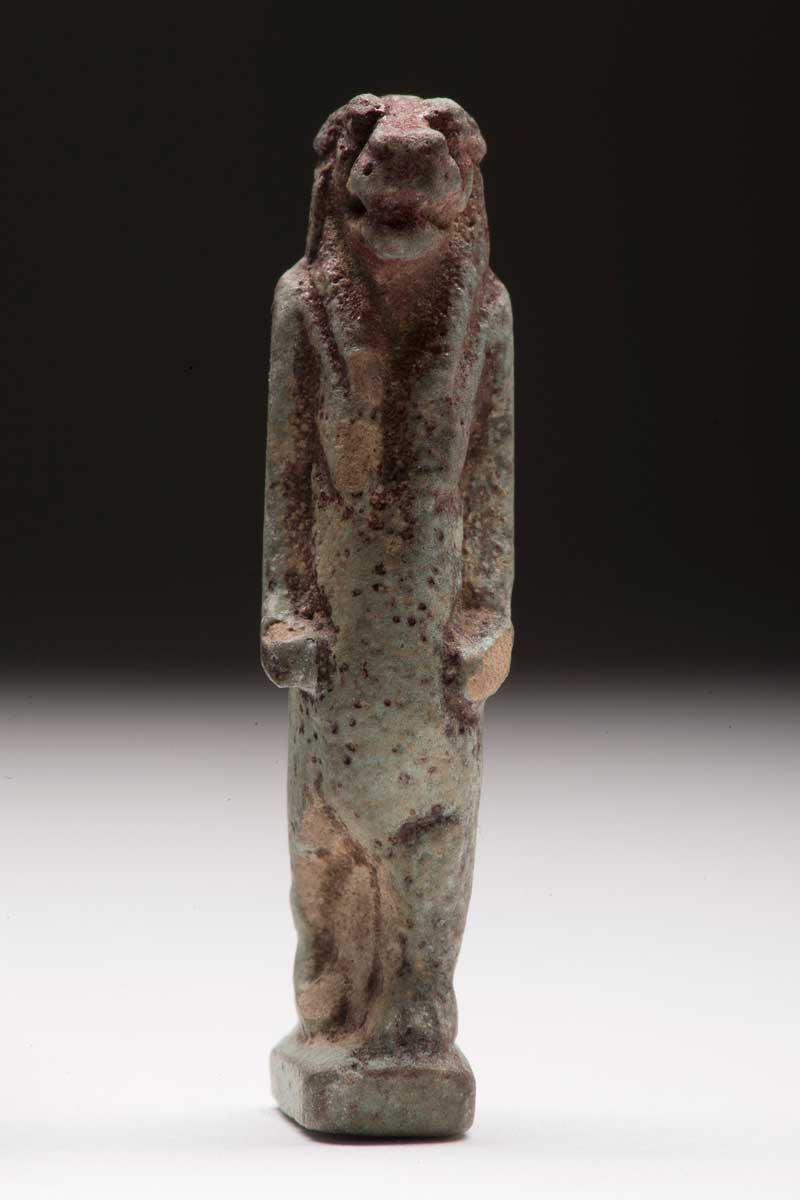 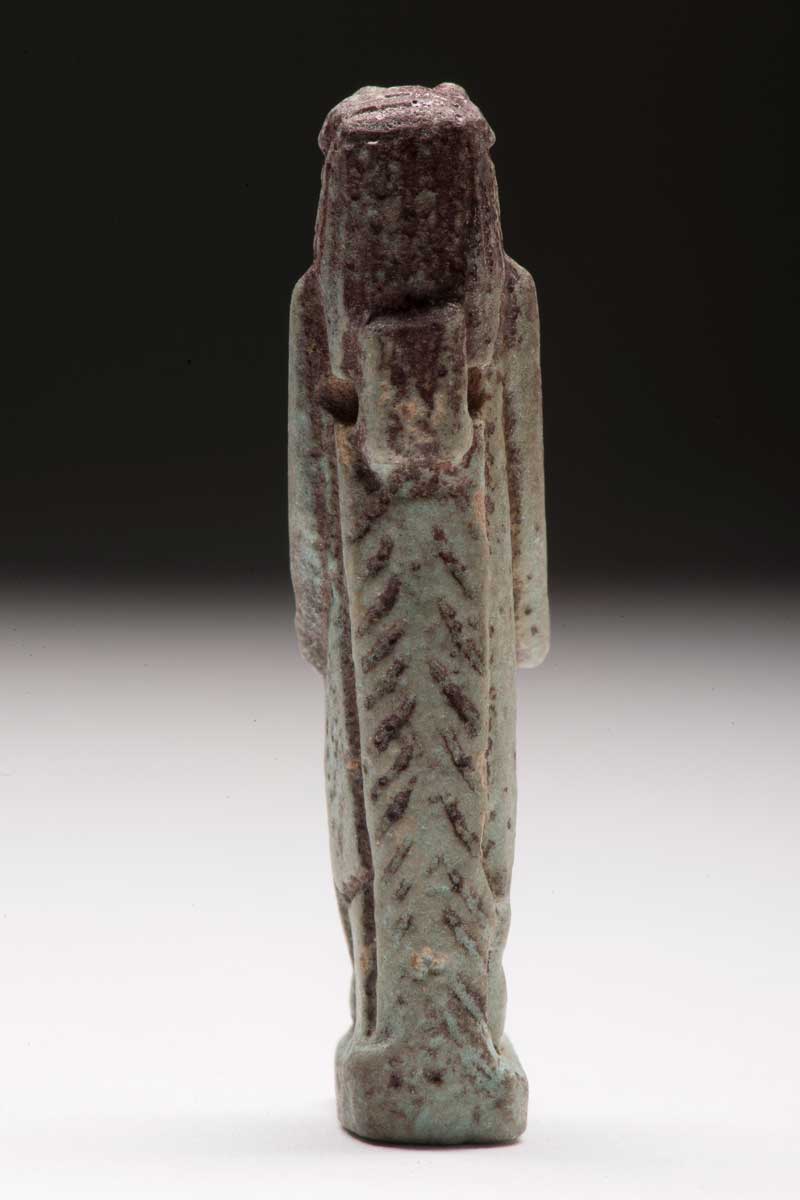