By Elisabeth Campbell and Matthew Roller 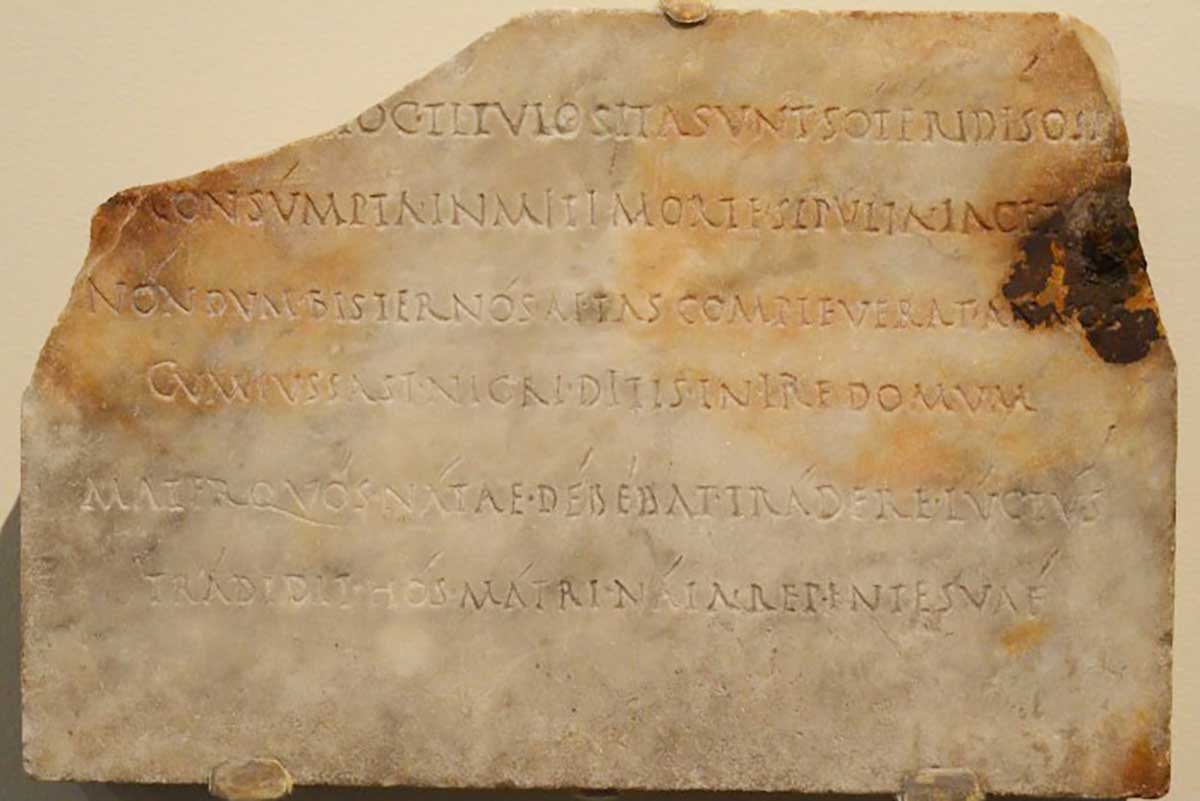 “Lo, under/behind this marker are placed the bones of Soteris;
she lies buried, devoured by pitiless death.
She had not yet filled up twice three years
when she was bidden to enter the house of black Dis.
The lamentations which the mother ought to have bequeathed to her daughter,
these the daughter suddenly bequeathed to her mother.”

This inscription marked the tomb of a young girl who died when she was less than six years old. It is noteworthy that the stone cutter made extensive use of the apex which indicates that the vowel it marks is long. The last lines show the pain Soteris’ mother felt because she had to mourn her daughter rather than the other way around. The inscription is dated to the first century CE.