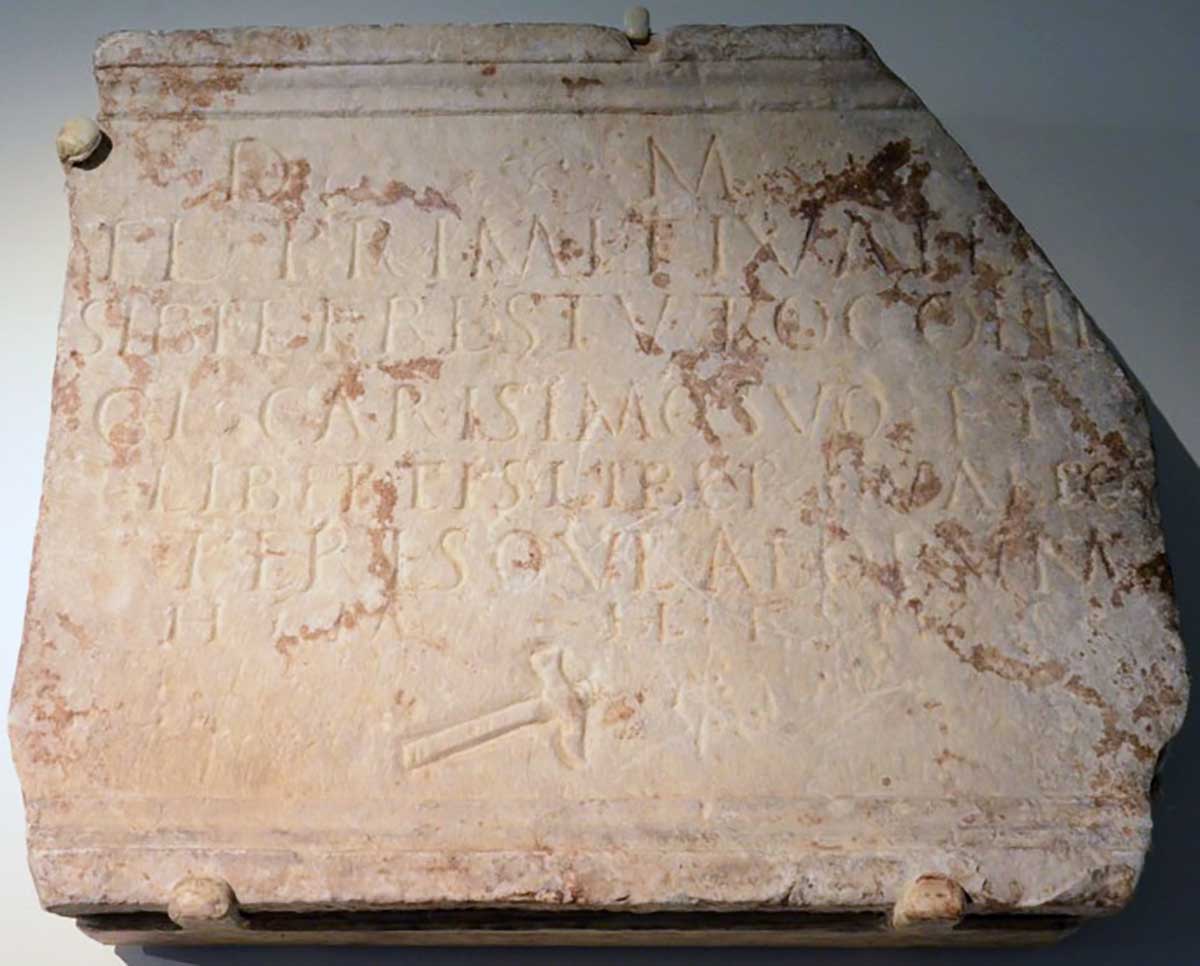 “To the Spirits of the Dead.
Flavia Primitiva made this
For herself and for Restitutus, her most
Beloved husband, and
For their freedmen and freedwomen and
Their descendants.
This tomb does not pass to external heirs.”

This inscription marked the tomb of a woman named Flavia Primitiva. She paid for the tomb herself, and as the inscription records, she is to be buried in it, as well as her husband, their freed slaves, and their descendants. The last line consists of a common abbreviation noting that the tomb is to be kept in the family’s hands. The “B” is probably the stone cutter’s mistake for “E” since the common formula reads “h(oc) m(onumentum) h(eredem) e(xternum) n(on) s(equitur).”

The meaning of the tool at the bottom of the text has been much debated. It seems to represent a stonemason tool, the ascia, and the prevalent opinion today is that it means that the tomb was dedicated while still under construction.