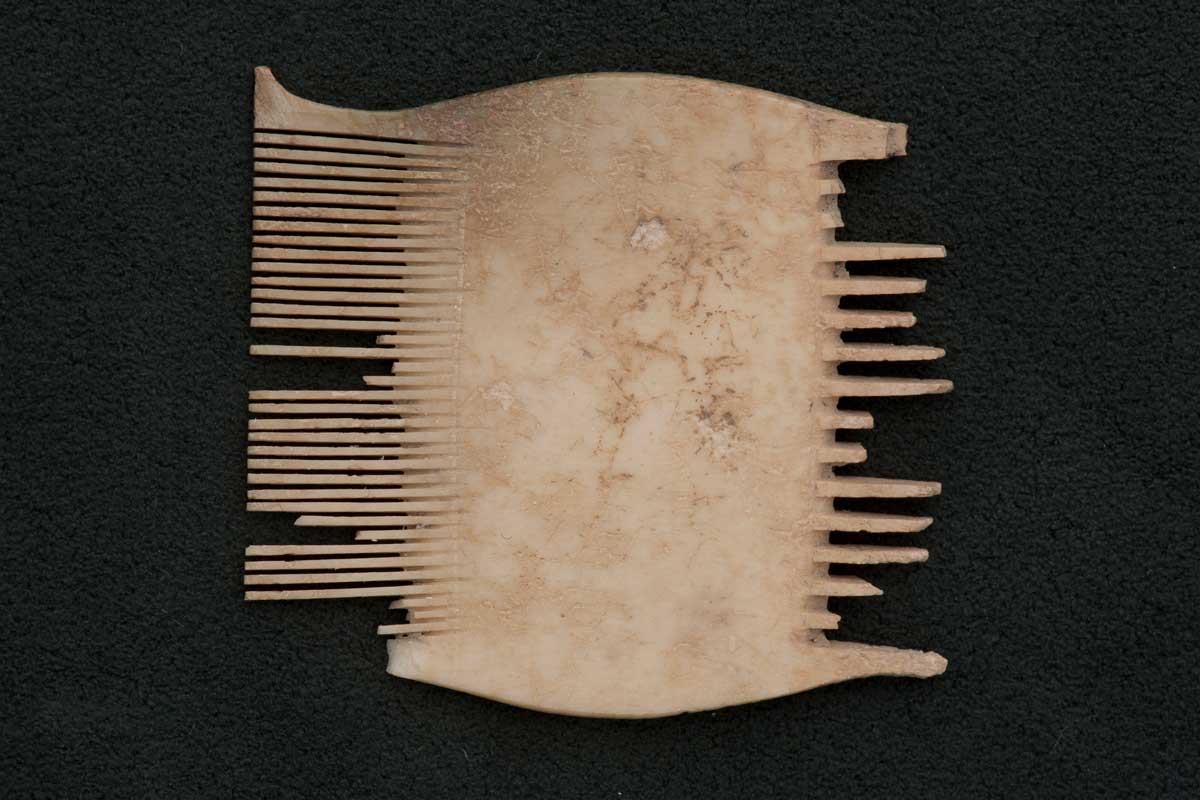 Measurements: 5 cm L, 4.5 cm W, 0.3 cm D
Material: Ivory
Date/Culture: Roman
Find Spot: Unknown
Condition: Many teeth missing or broken on the coarse side of this H-shaped comb, while most on the fine side are intact.

Derks, Ton and Wouter Vos. “Wooden Combs from the Roman Fort at Vechten: The Bodily Appearance of Soldiers.” Journal of Archaeology in the Low Countries: Volume 2 (2010). 53-77.