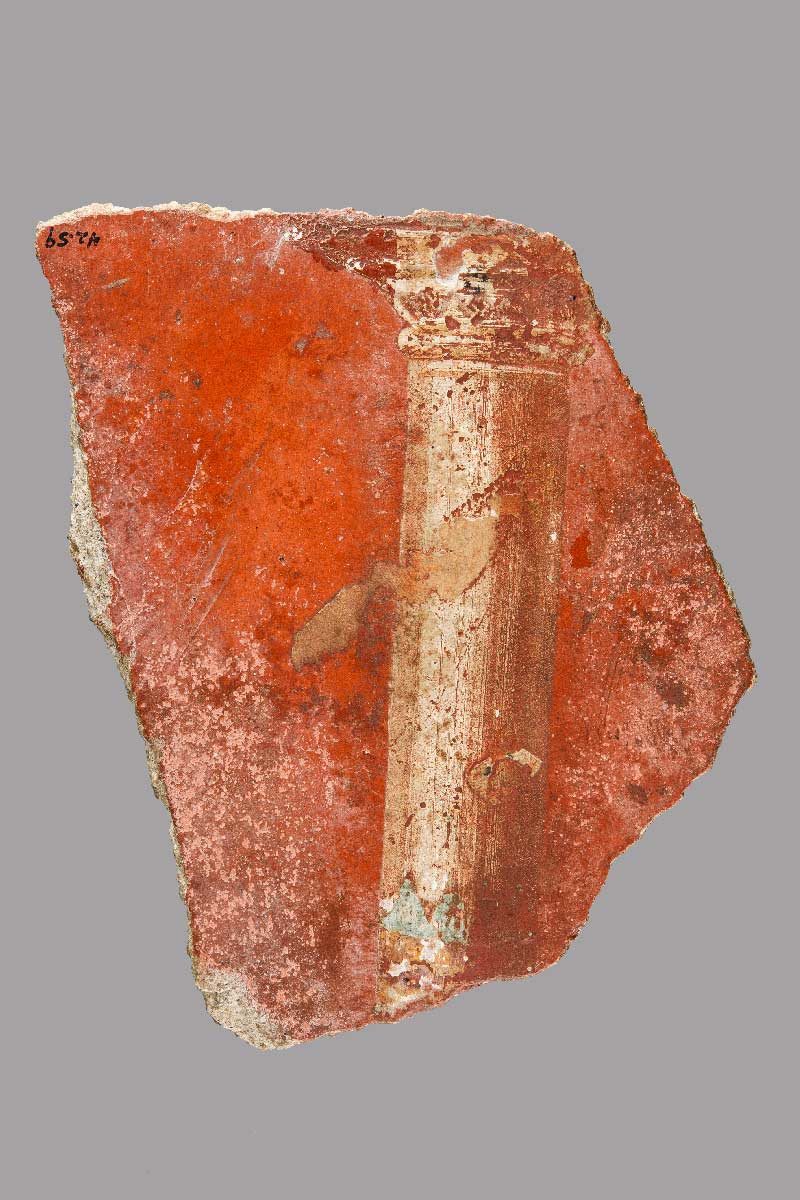 In the fall of 2012, while sifting through the inventory of the JHAM for objects that could be incorporated into our exhibition “The Roman House at Hopkins,” one small mosaic and several fresco fragments emerged from the storerooms that seemed ideal for our representation of Roman domestic space. The goal was to curate these distinct objects as an ensemble. However, this proved challenging since the fresco fragments date to the first century CE and probably come from Campania, whereas the mosaic dates to the fourth century CE and most likely comes from North Africa. Nevertheless, I decided that the dates and the provenances should not be precluding factors and recognized that this mosaic and these fresco fragments do have one commonality: together, they create the blueprint of a Roman house comprising walls and floors that define the spaces within which its patrons lived. We may, therefore, imagine that the floor mosaic and the wall fresco fragments symbolically unite and “house” our collection of domestic material that fabricates our exhibition. They are the foundation of our Roman domus.

The richest corpus of Roman frescoes comes from the ancient cities on the Bay of Naples that were destroyed by the eruption of Mt. Vesuvius in 79CE. It is, therefore, likely that the five fresco fragments discussed in this exhibition come from the painted walls of houses in and around the vicinity of Pompeii and Herculaneum. Although the fragments are rather small, they reveal ornamental motifs that are characteristic of the repertoire of Roman wall painting in the first century CE. During this time, the popular style of depicting realistic architectural forms and landscapes during the late Republic (80-20 BCE) shifted toward imaginative and fantastical surface decoration. Contrasted against a monochromatic background – typically red, black or white – fanciful columns, schematic candelabra, floral patterns, animated animals, mythological creatures and religious objects were used not only to frame larger pictorial panels, but also to enliven the entire composition of the wall. Our fragments exemplify the popularity of ornamental details that accentuated Roman wall painting in the first century CE.