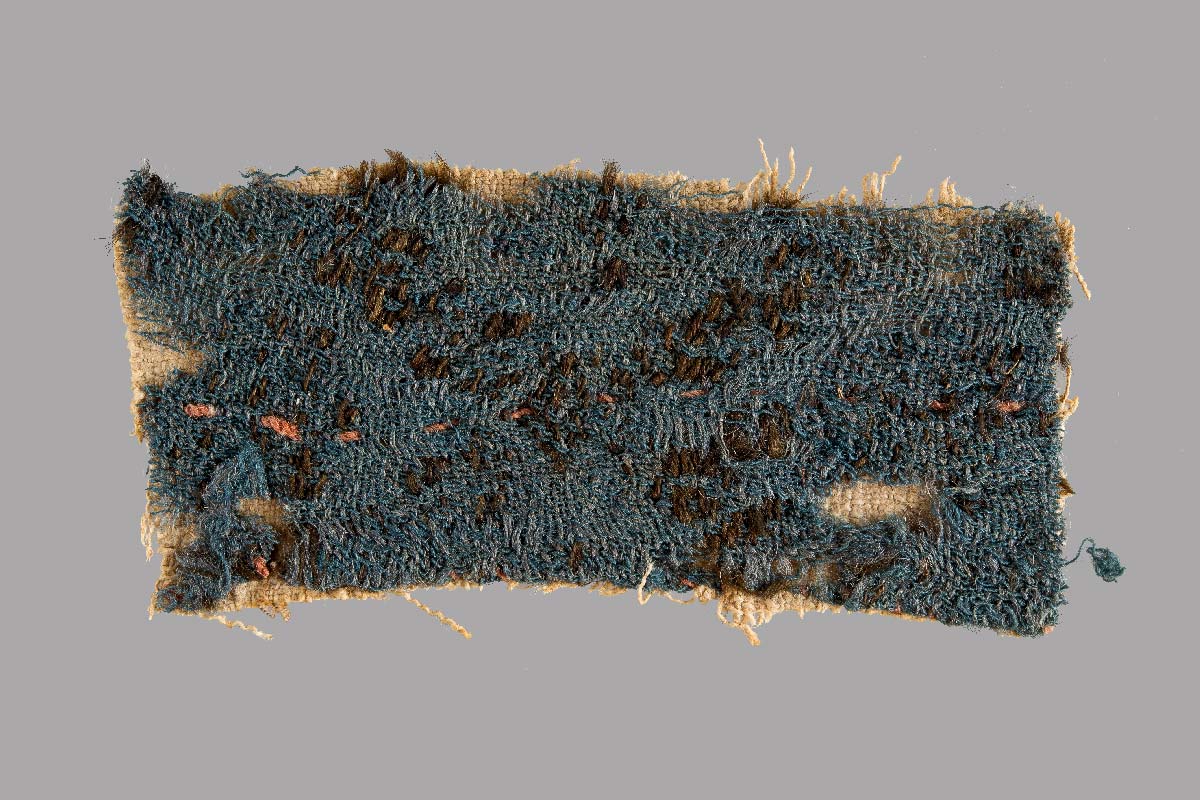 This textile fragment is a patchwork that consists of a piece of loosely woven blue wool sewn to a piece of white linen with heavy pink cord. The fragments are joined with a line of running stitches through the center of the piece and a row of whip-stitches along one long edge. Because textiles were extremely valuable in the pre-modern world, they were often recycled when they were too worn to perform their original function. Some late Roman textiles show multiple layers of reuse and repair. This fragment appears to have been repurposed more than once, and represents an end-use of a textile. Rag patchworks like this one were used for humble tasks like saddle pads, cleaning, or diapering infants.

The blue wool appears to have been repaired with brown running stitches at some point before it was sewn to the linen. However, rather than only being functional, this repair was also decorative. The brown running stitches that reinforce the blue layer of this textile create a pattern of large and small diamonds. While this technique, “pattern darning,” could be used solely for decoration, it is also a common feature of clothing that has been extensively repaired or recycled from other garments, such as children’s tunics.

At some point after the blue wool textile was repaired with the brown pattern darning, it was stitched to the linen fabric. The combination of running and whip stitches are seen in other rag patchworks such as the larger, more complicated rag patchwork found at Karanis in the Faiyum Oasis by the University of Michigan archaeological expedition between 1924 and 1935. While the provenance of the Eton College fragment is unknown, similar rag patchworks are some of the few textiles excavated from domestic contexts rather than from graves.