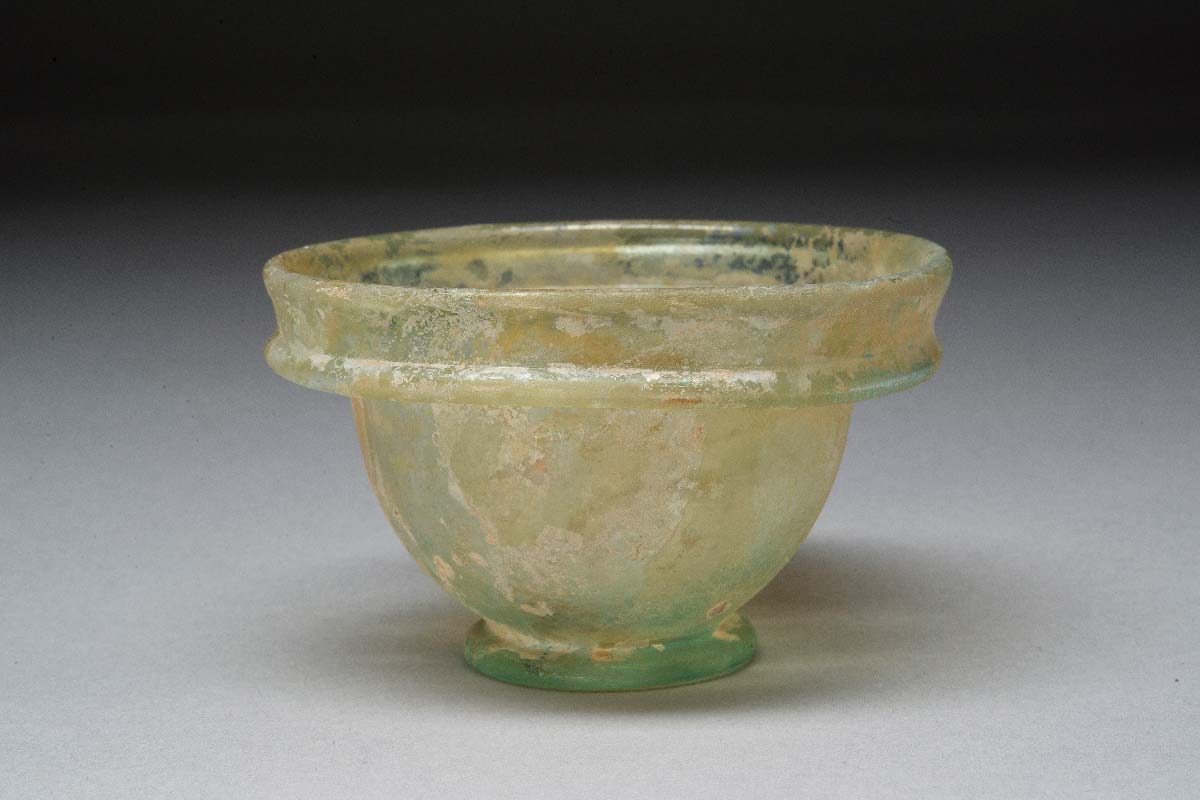 This pale blue-green glass cup is hemispherical in shape with an everted rim, rounded lip, and a folded tubular flange. It sits on a flat, disc-shaped foot. The form of this cup is extremely common in the first century CE with two of the earliest examples from Pompeii, now at the Naples Museum. They were fashionable during the Flavian period and used in the central and Western parts of the Roman Empire. It has been suggested that they are the successor to “patella” cups from the early first century CE.