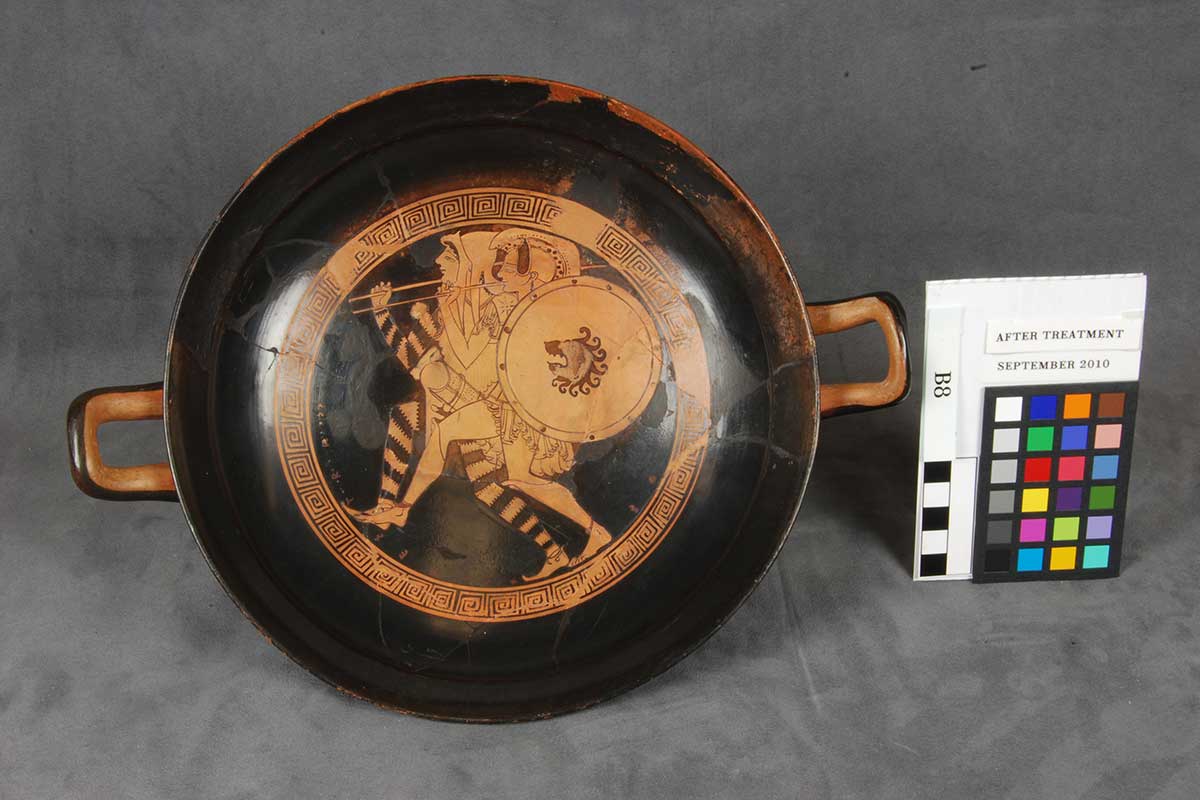 The scene on the interior of this Attic red-figure cup, from the early phase of the vase-painter Douris’ career, shows a Greek hoplite, with the typical round shield, corselet, greaves, and crested helmet.  An archer carrying a quiver strides alongside him in a striped outfit with long sleeves, trousers, and pointed cap with ear flaps typical of a Scythian. Together they charge into battle brandishing spears. Hoplites were Greek citizen-soldiers who fought with spears and swords in close proximity to the enemy, while archers were usually mercenaries from Scythia—north of the Black Sea—or other eastern lands.

It is somewhat ambiguous whether these two warriors are Greek youths or Amazon women, as at this time Amazons could be represented either as hoplites or in eastern dress.  The decoration on the hoplite’s shield is a distinctly Persian style lion, giving the image further eastern associations. This could be a clue that the hoplite is meant to be an Amazon, or a result of the frequent, though hostile, contact with Persia at this time. The early phase of Douris’ career, to which this vase is stylistically dated, spans roughly 500 to 490 BCE, immediately before the Battle of Marathon. 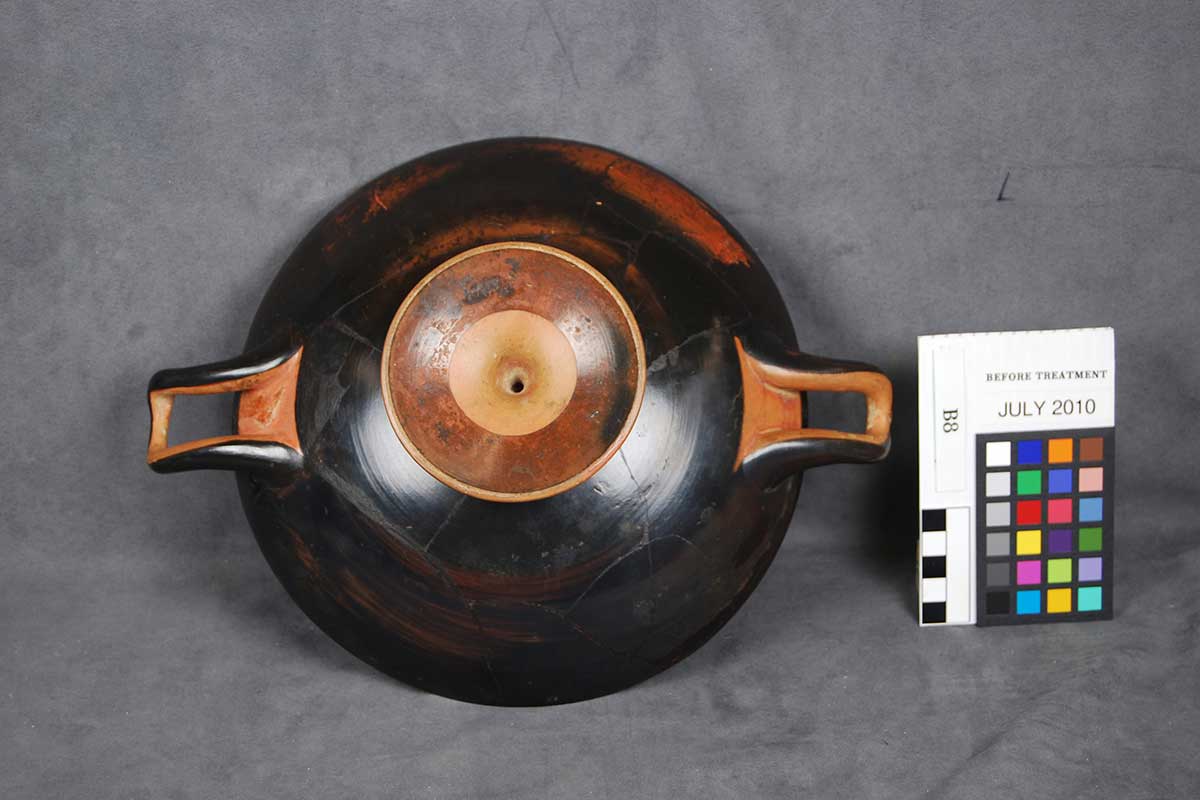 The back of the vessel. JHAM B8
Page load link
Go to Top