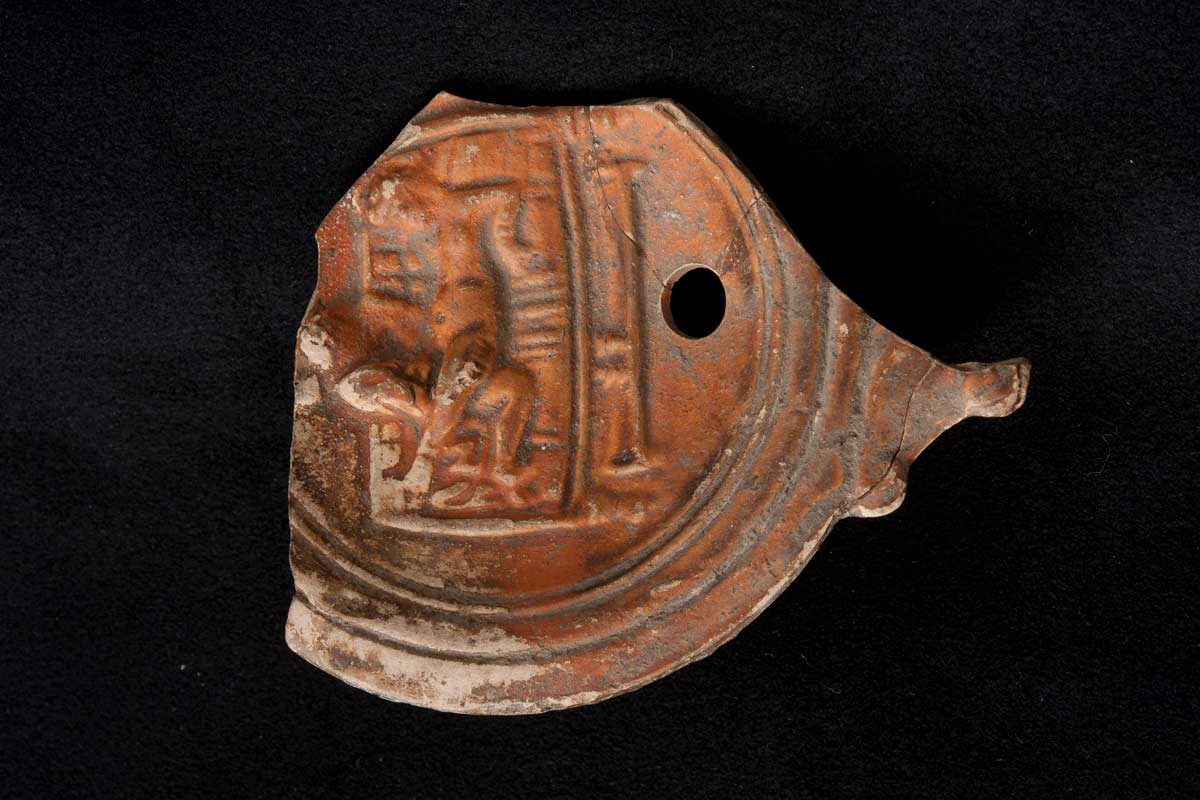 Measurements: 81 cm long, 6.85 cm wide
Material: Ceramic
Culture: Roman
Findspot: Palestrina, Italy
Condition: The object is a fragment of a Roman oil lamp. It is finished with a lustrous red slip, which is characteristic of Arretine ware.

The lamp fragment in the JHAM is an example of Arretine ware, a relatively inexpensive and popular ceramic ware that was mass-produced in the Roman city of Arretium, modern-day Arezzo, through the use of terracotta and plaster moulds. The decoration on this fragment shows a man and a woman engaged in sexual intercourse. When this lamp was lit, the flame’s flickering light would have animated the figures on the bed. Moreover, the placement of the hole for the wick, just below the bed, is in itself a visual pun. The couple depicted on this lamp is, quite literally, on fire.