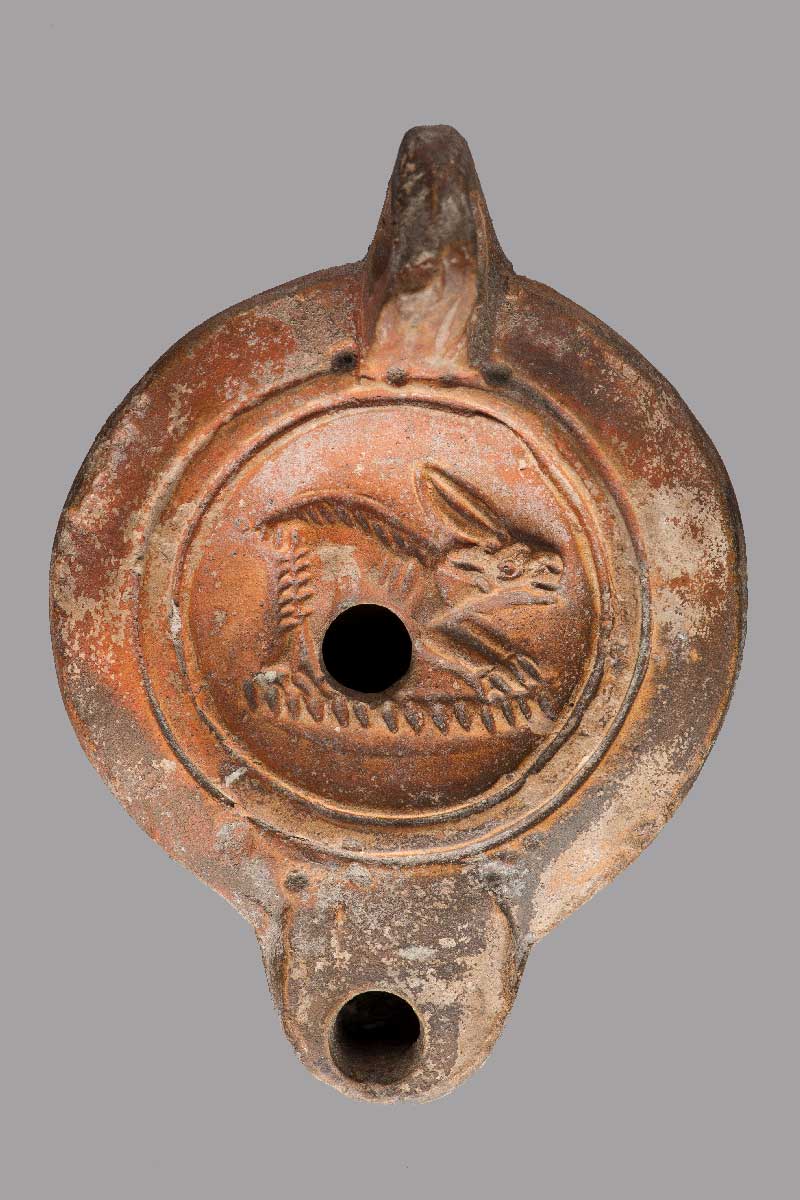 This lamp’s discus decoration features a hare running to the right—an image that might have evoked either a larger hunting scene or a more bucolic depiction of agricultural life. This image of a hare may also be interpreted as a representation of xenia. Xenia is the plural form of the Greek xenion, a word that is usually translated as “a gift of hospitality.” In Greco-Roman art, the term xenia often describes the representation of foodstuffs, such as fruit, fish and game that would typically be given by a host to his guests at the end of a banquet. Objects decorated with images of xenia were often intended as gifts. It is possible, then, that the little hare depicted on this lamp was also meant as an emblem of kindness and generosity.