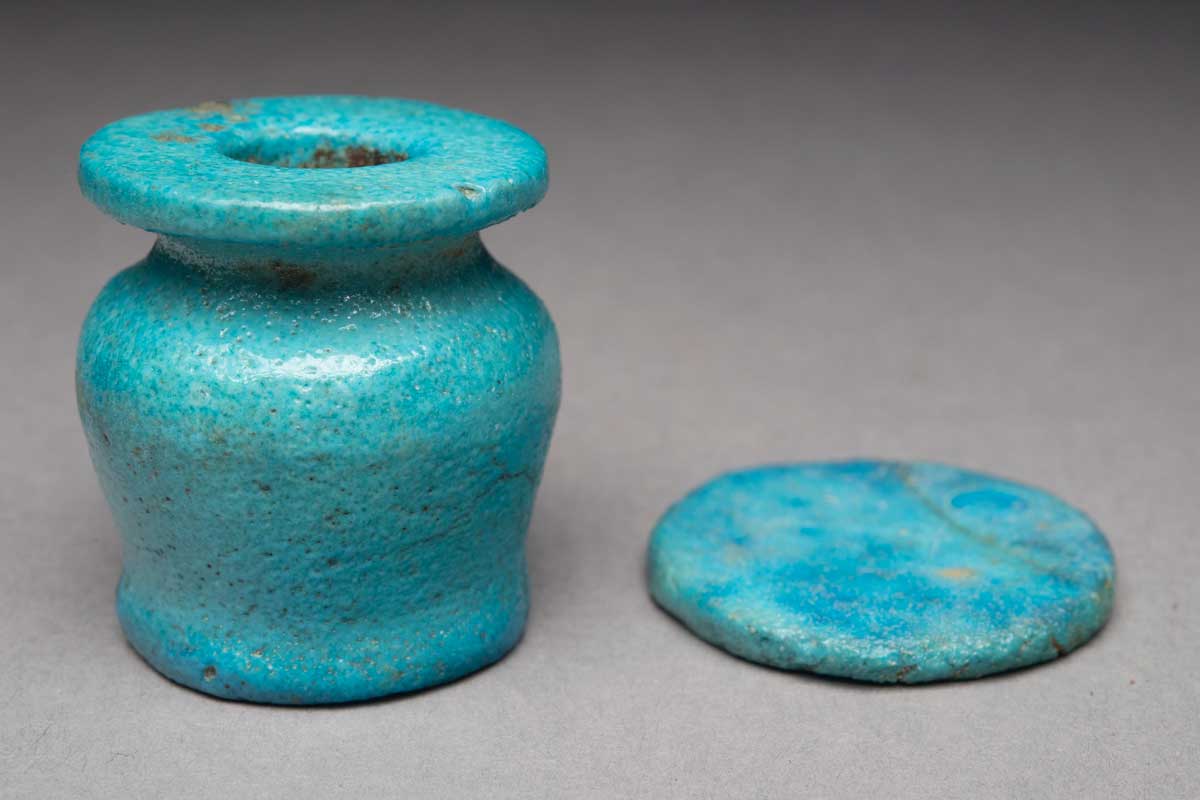 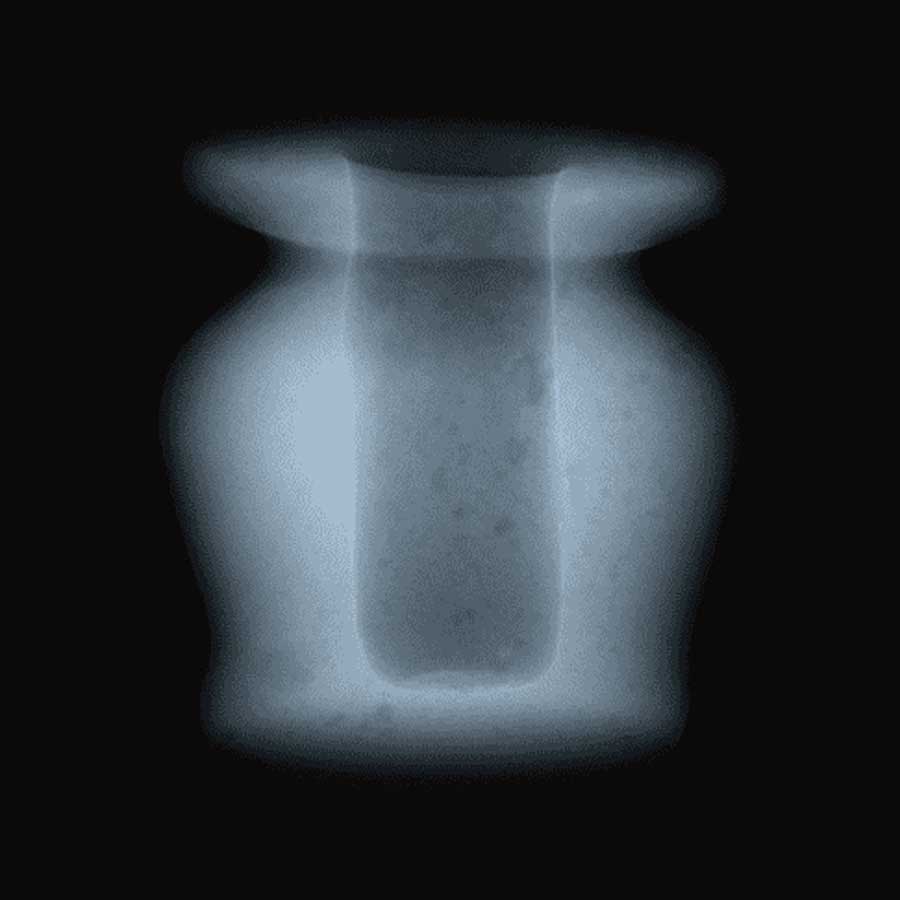 An x-ray image shows how the object was drilled after the faience paste was fired into shape. On loan from Eton College Myers Collection, ECM 431
Page load link
Go to Top