Kylix attributed to the Antiphon Painter 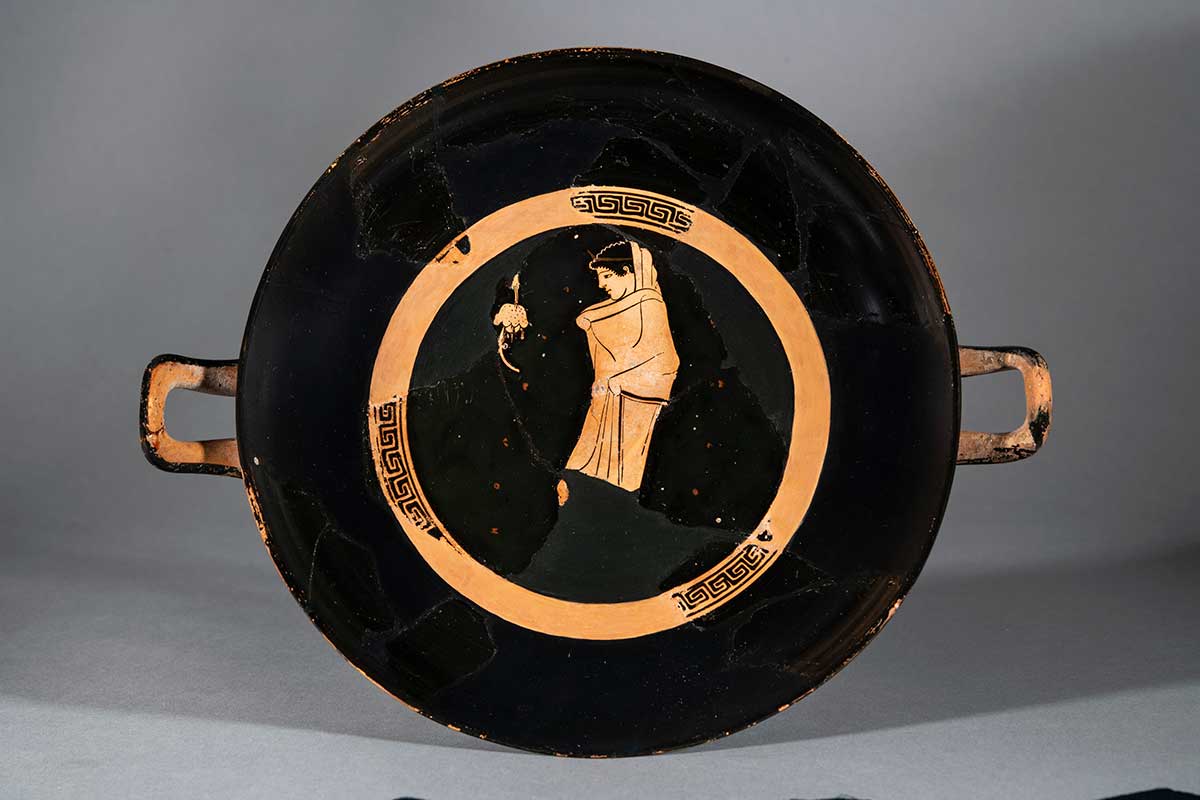 The exterior of this red-figure cup depicts the pankration, a Greek no-holds-barred fighting sport combining boxing and wrestling. Only biting and eye gouging were banned. Here, one of the athletes attempts to gouge his opponent and is reprimanded by the referee. The interior shows a single boy, wrapped tightly in his mantle. A sponge and strigil (an oil scraper used by athletes) hang in the background, placing the scene, like the exterior, in the gymnasium. By enveloping himself in his garment, the boy exhibits the aidōs (modesty or shame) expected of a boy being courted by an older man. From the inscription in front of him (ΗΟ ΠΑΙΣ ΚΑΛΟΣ , “the boy is beautiful”), it is clear that this boy is an object of desire. The vase, then, depicts masculine beauty and athletic ability, which, according to Aristotle (in his Rhetoric), were the two facets of the masculine ideal. 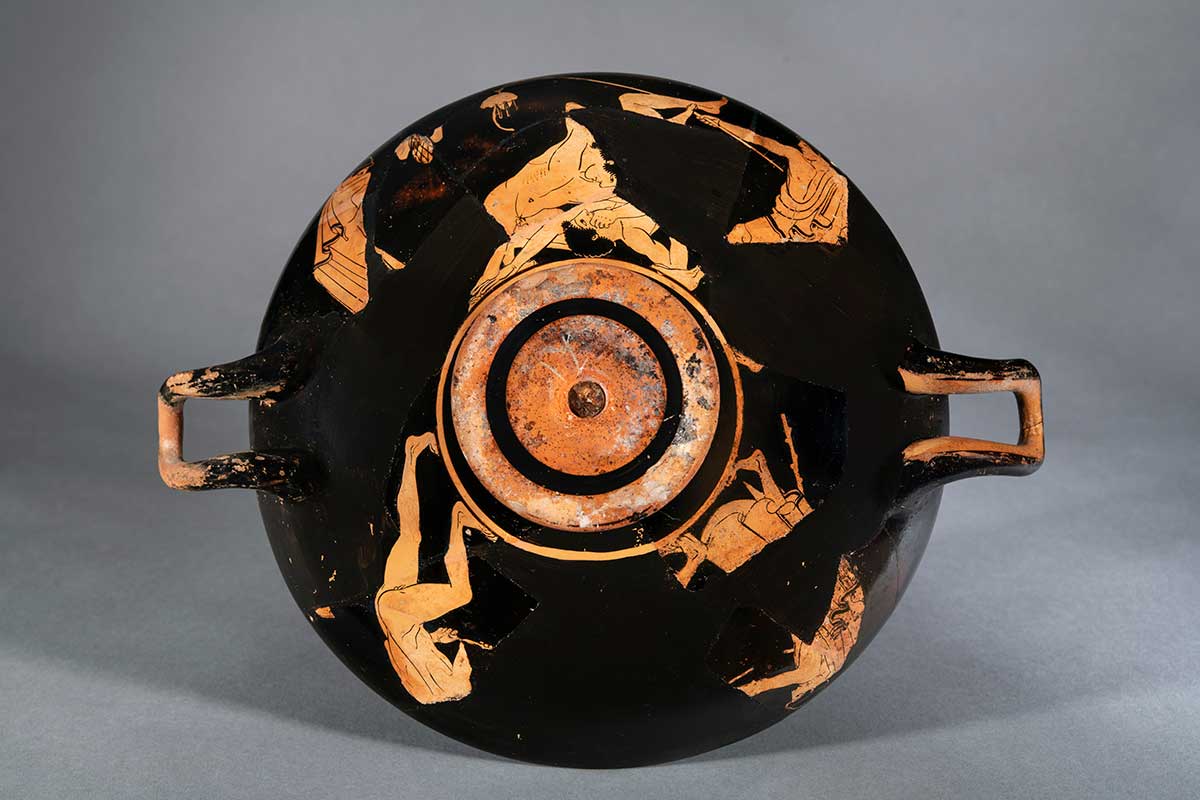 The back of the vessel. JHAM B11

Several small holes indicate the cup was broken and repaired in antiquity. It was obviously a prized possession of its ancient owner.