Charioteer on a Biga 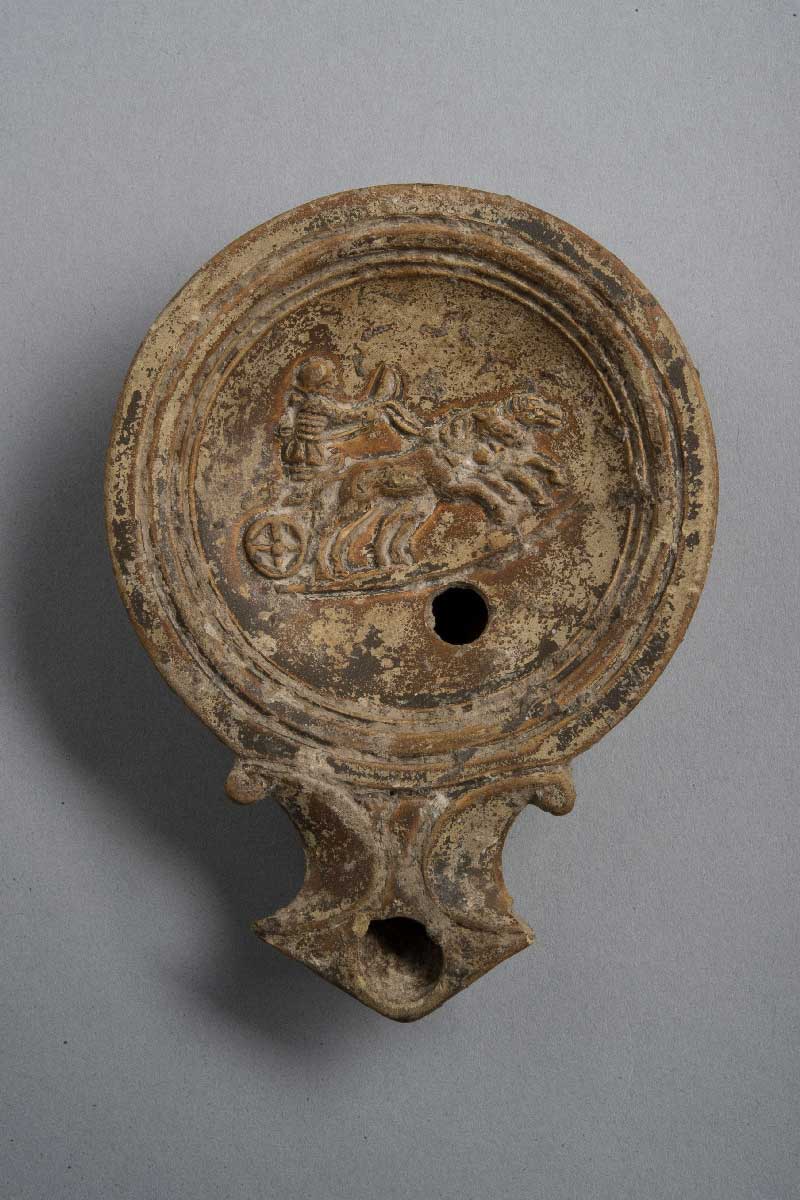 Together with gladiatorial combat, chariot races were a popular form of spectacle in ancient Rome. Races involving bigae (two-horse chariots) and quadrigae (four-horse chariots) were an essential part of the ludi, or “games,” usually held in a circus. The decoration on this lamp’s discus depicts a tense moment during such a competition. The charioteer is shown driving his biga toward the meta, or “turning post.” His two horses appear in three-quarter view, with their hind and forelegs lined up to indicate their speed.

Chariot races and gladiatorial scenes were frequently represented on domestic objects such as oil lamps and drinking vessels, which could be given as souvenirs to friends and clients.