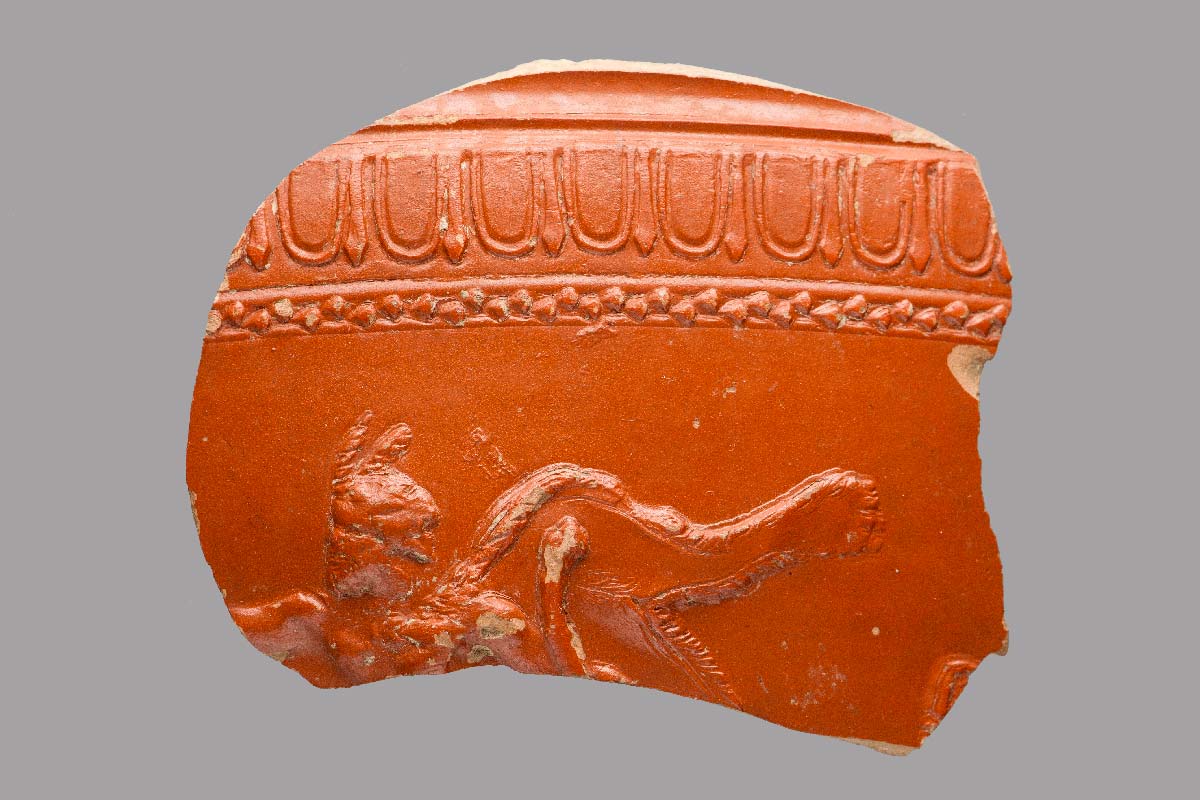 This finely detailed fragment depicts the upper half of a bearded man with horns. The twisted horns and beard, as well as the goat-skin chlamys, or cloak, which the figure wears, suggest that he is a satyr, a companion of the god Dionysus. A goat-skin chlamys flows behind the figure, highlighting the detailed molding of the garment. The satyr’s upraised right arm extends beyond the scene in the direction of motion, while the left arm is bent at the elbow and seems to hold an object with a curved end, perhaps a hunting weapon or shepherd’s crook. The arrangement of the satyr’s arms, as well as the movement implied by the disposition of the chlamys, suggest that the rest of the scene may have portrayed the satyr running or dancing.

Above the figural scene, we see a decorative panel featuring a tongue and dart motif, as well as a small, ridged pattern, perhaps evoking pine branches.