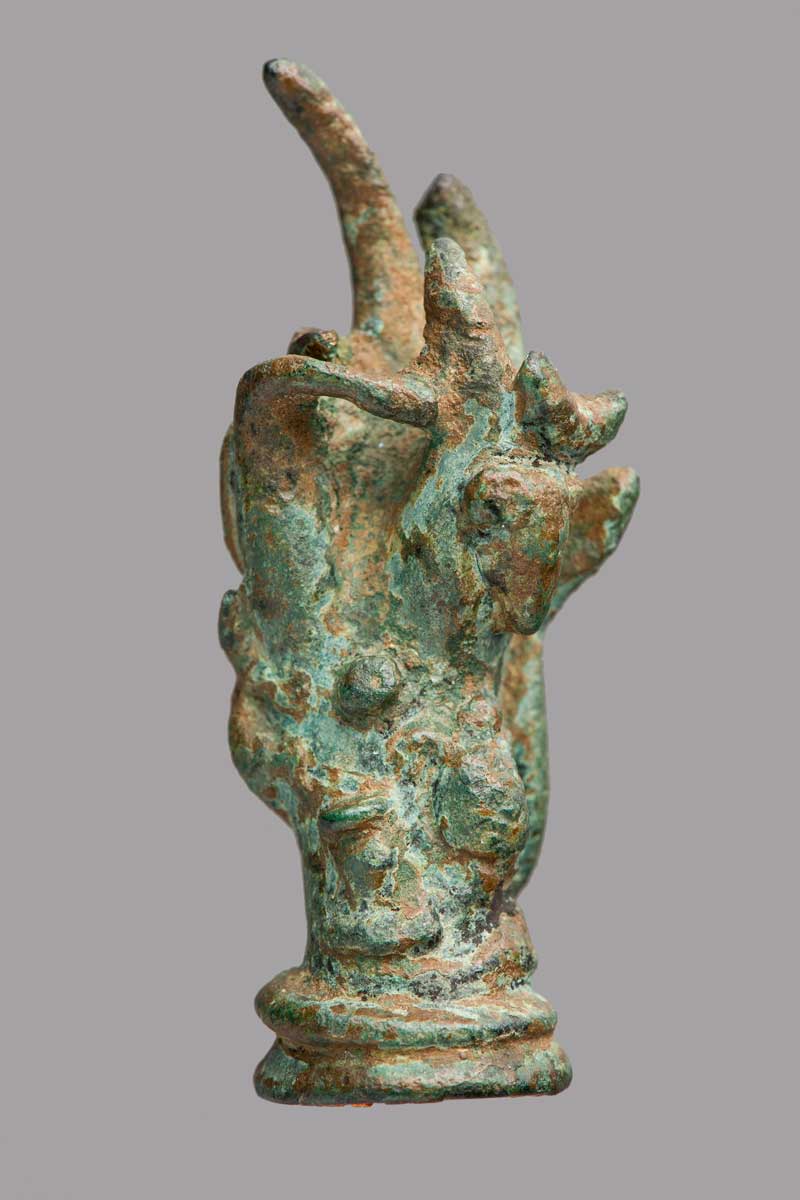 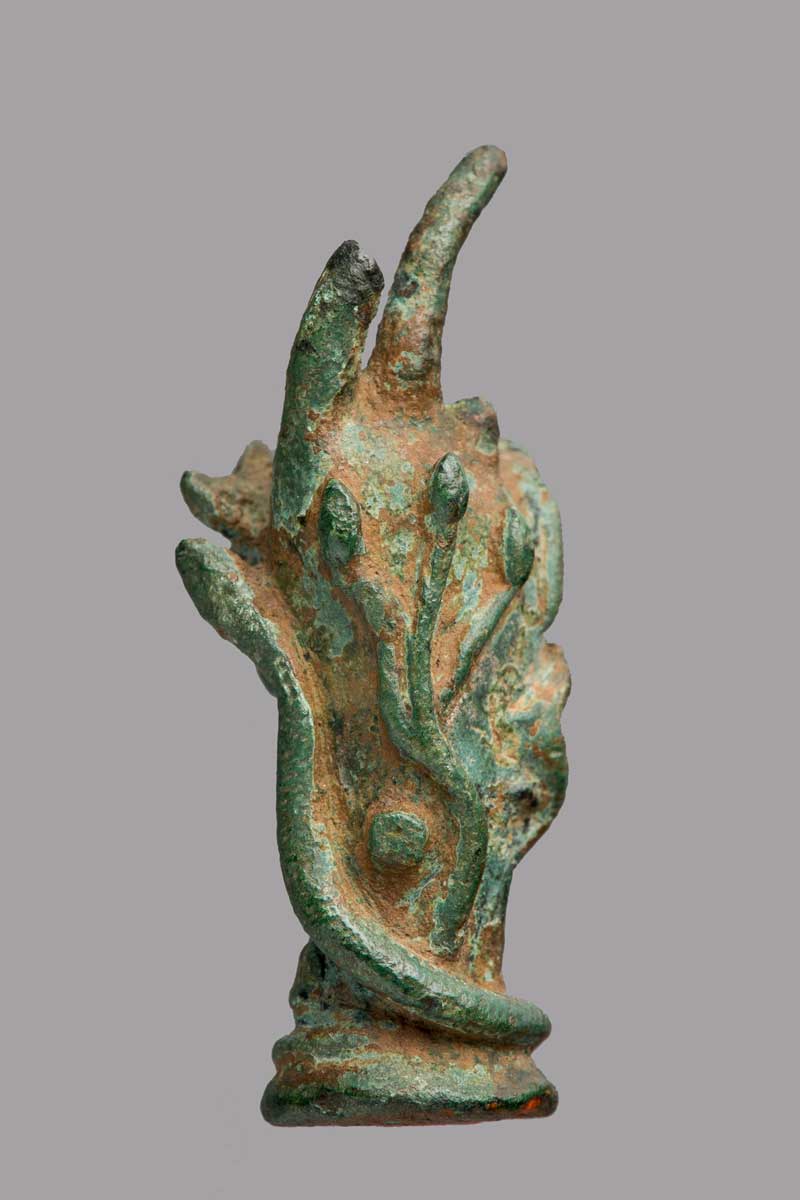 The Hand of Sabazius in our museum’s collection offers a rare glimpse into Roman appropriation of foreign religious cults. Sabazius, a deity often attributed to Thracian or Phrygian cultures, was sometimes symbolized by an apotropaic hand. On this piece, a small turtle and a ram’s head adorn the hand’s palm, while a three-headed serpent extends across the back. Another serpent curls around the wrist and up along the side of the hand, forming the tip of the thumb with its head. Larger examples of the Hand of Sabazius exist in a number of museums, including the Walters Art Museum and the British Museum. Larger examples of the Hand of Sabazius often bear a pinecone on the tip of the snake-nose “thumb,” and occasionally a miniature Sabazius cradled between the palm and fingers. The Hopkins hand is unique in its small scale, and was likely carried on the person or set into a sacred space, perhaps a lararium.