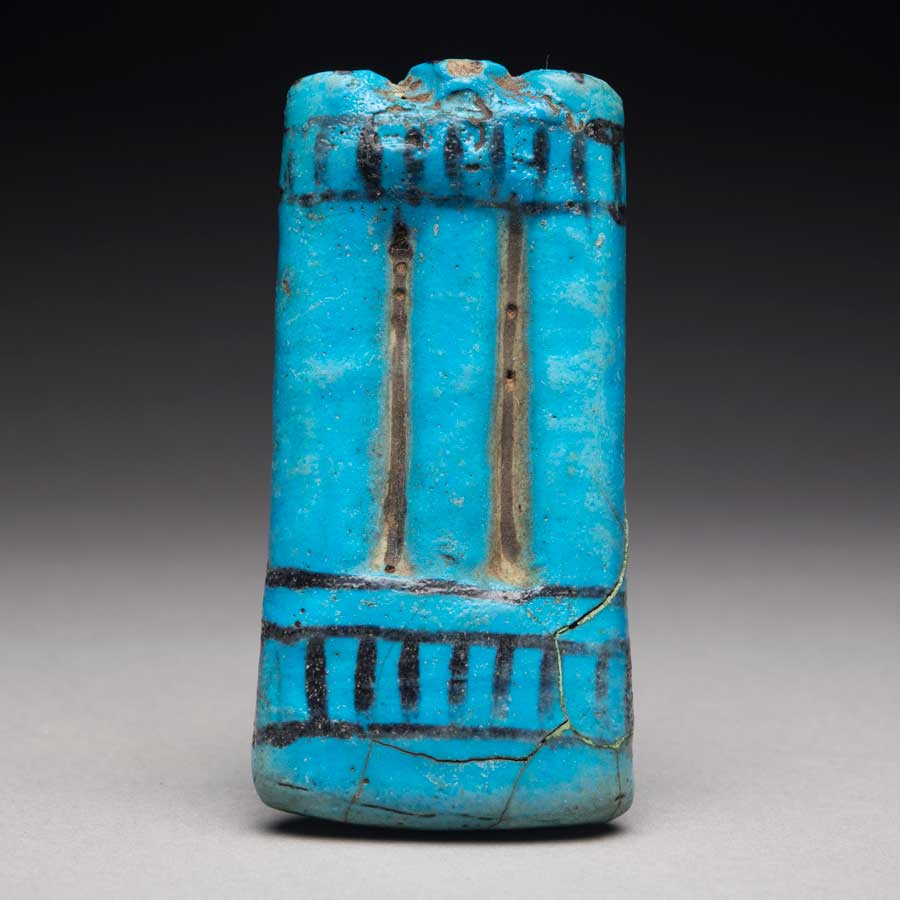 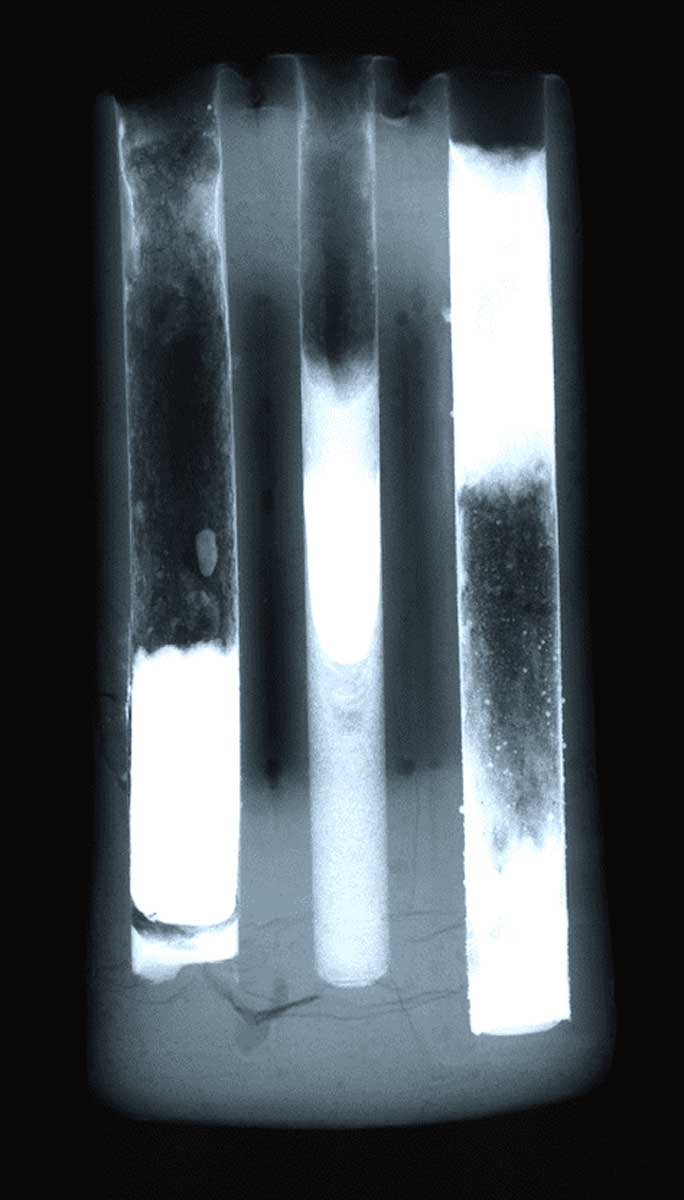 An x-ray of the kohl tube shows different quantities of a radio-opaque material (white in this image) still present in the tubes. On loan from Eton College Myers Collection, ECM 440
Page load link
Go to Top