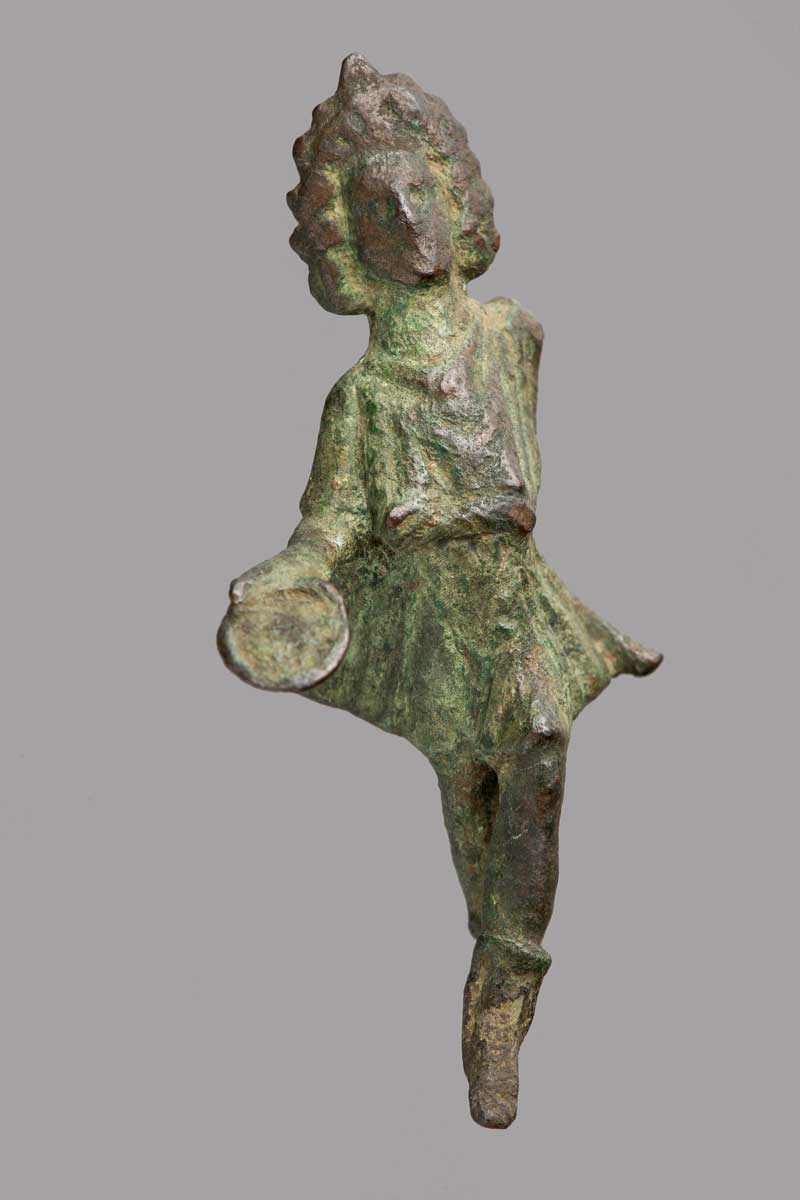 The Lares were tutelary deities of the Roman household. The right hand of this Lar holds a patera. The other hand, now lost, would have likely held an incense box that released smoke during worship. The Lares (the plural form of Lar) were worshipped multiple times during each calendar month, on the Kalends, Nones, and Ides, receiving gifts, offerings, and prayers. Worship of the Lares involved the whole household, including the slaves.

Beginning in the Augustan period, the Lares were customarily displayed and worshipped as a pair. This was originally a civic convention, as the Lares were venerated in civic shrines embodying the two compita, or crossroads, that defined each of the 265 vici, or neighborhoods, of Rome. The Lares were associated with various places, including the compita, state buildings, and the house.