Hercules with Club and Cloak 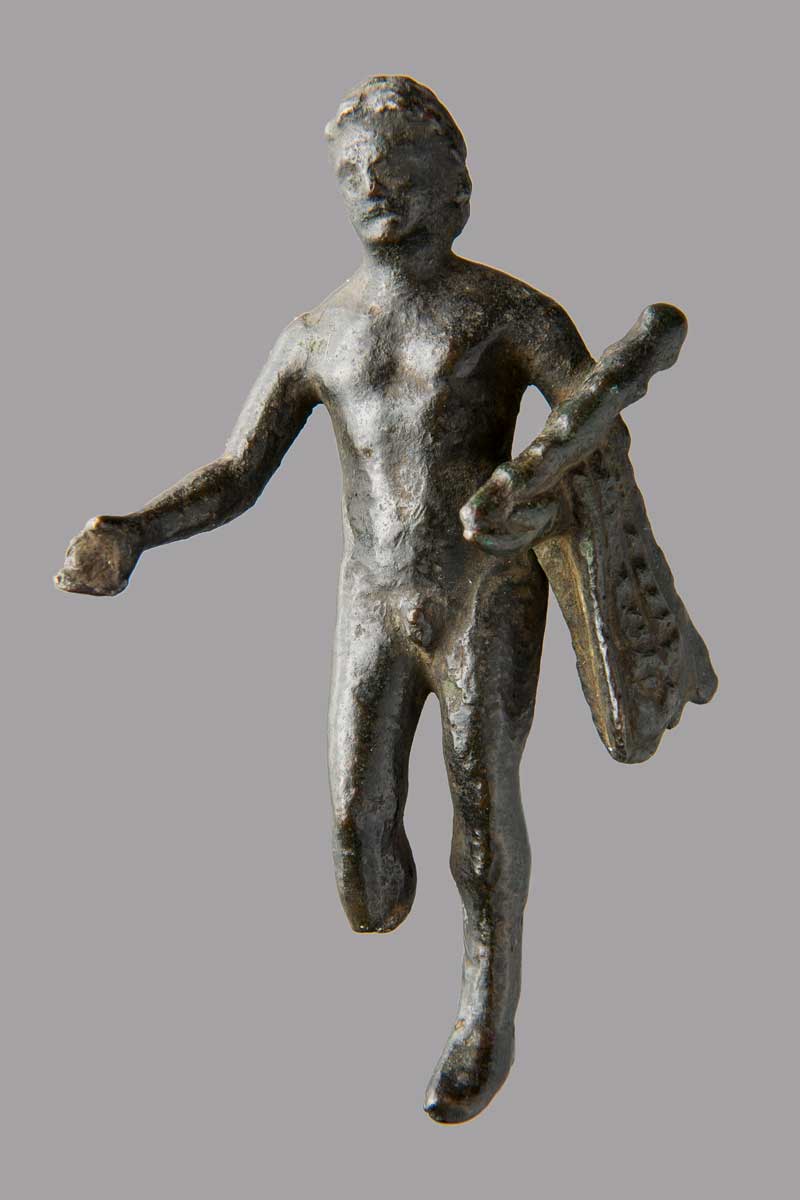 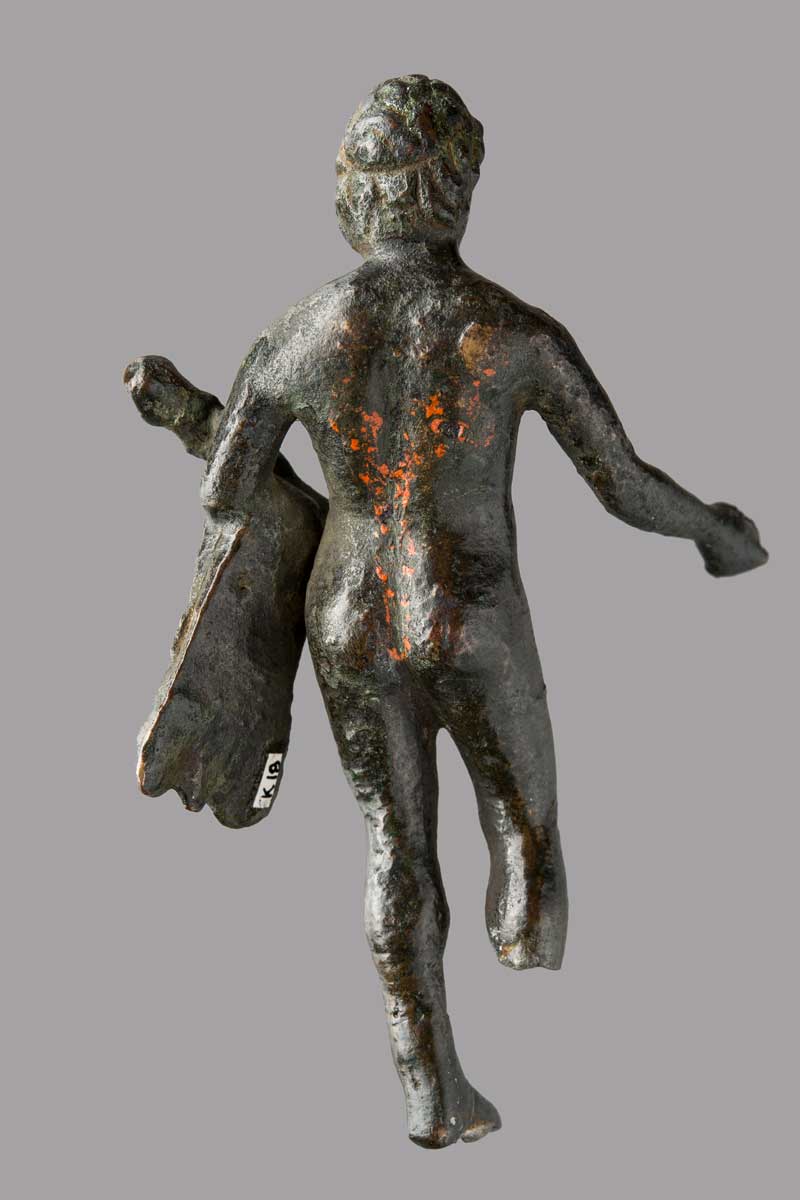 This Hercules is beardless, and thus younger than the other Hercules statuette in this group. A lion skin is draped over his left arm, and a garlanded club rests in the crux of his left arm. The right hand stretches out to pour an offering from a patera, evidenced by the gesture of the fingers and the positioning of the wrist and palm. In both Pompeii and Herculaneum, representations of Hercules are ubiquitous, and his role as a tutelary deity is most commonly emphasized. The presence of Hercules, a deity of archaic Greek origins, in the context of the Roman lararium illustrates the composite nature of Roman religious practices and political identity.