Model of a Kitchen Scene 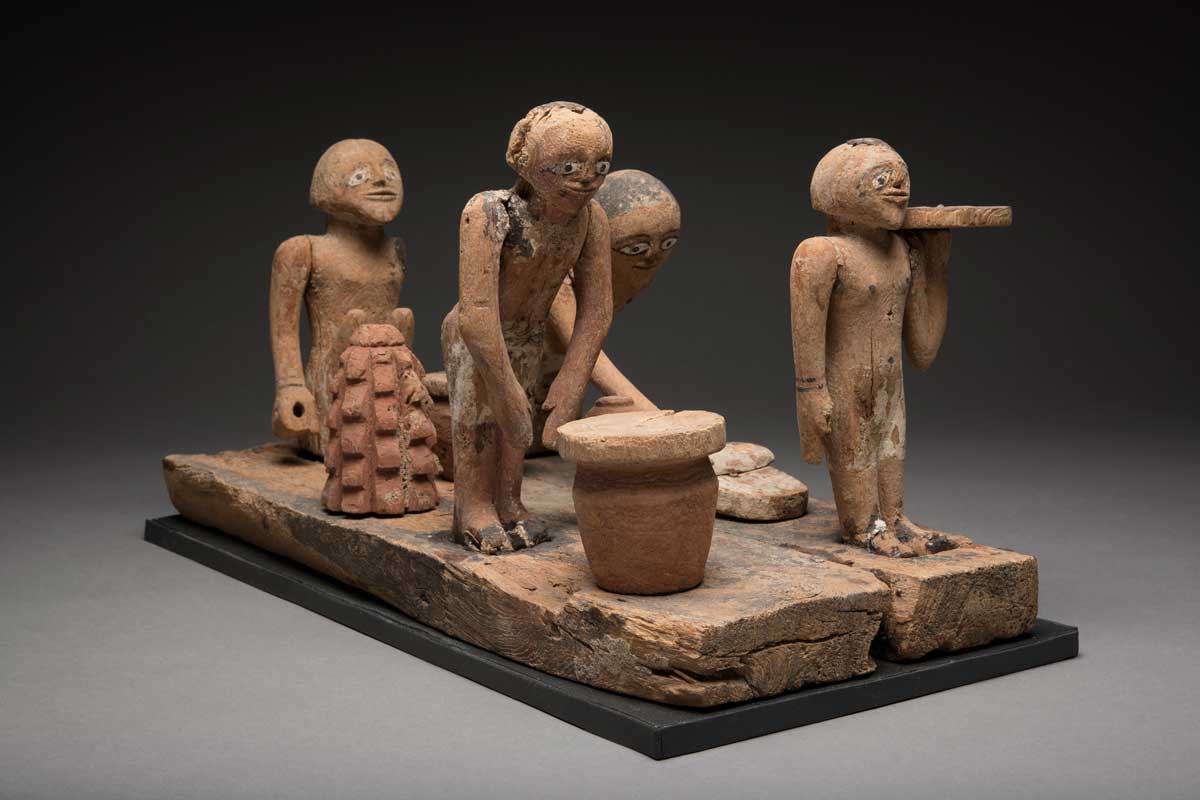 Designed to provide sustenance to its deceased owner in the afterlife, this charming model represents four kitchen attendants hard at work. The scene is arranged on a rectangular base that has been fitted together from two planks of wood. In the front, a standing man balances a circular tray on his left shoulder. It held baked goods, most of which are now missing. Behind him, a miller kneels down to grind grain. To the right of the server, a brewer bends over to strain beer mash in a tall vat, the results of his labor stored in a smaller vessel beside him. The brewer stands in front of a fire stacked with molds full of baking bread, which is being tended by another member of the team, who is seated on the ground. Wooden models included in burials of this period cover a range of subjects, including boats sailing up and down the Nile, offering bearers, and agricultural pursuits. These scenes, inspired by daily life, were meant to aid their owners after death. Because bread and beer were two main staples of the ancient Egyptian diet, depictions of baking and brewing were particularly popular. 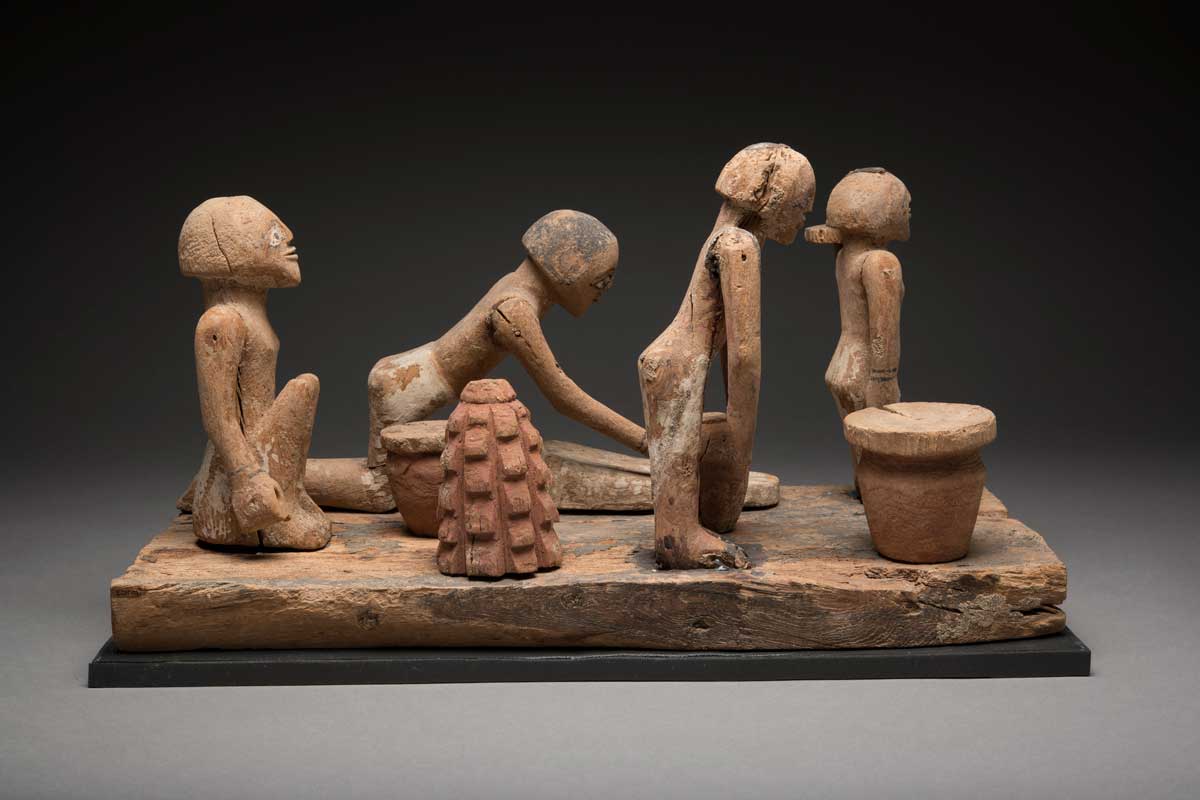 Side view of the kitchen scene. On Loan from Eton College Myers Collection, ECM 1733

Undergraduate Roshan Plamthottam and Egyptology graduate student Morgan Moroney examined the model scene using a combination of x-radiography, stereomicroscopy, multi-band imaging, and x-ray fluorescence. X-rays reveal that the “floor” of the model is composed of two planks of wood now glued together. The individual figures and kitchen elements were separately attached using pegs that slot into holes in the floor. All parts of the model were plastered and painted, and while the pigments likely used were easily available red and brown iron oxide paints and carbon black, the method of paint application provides a liveliness to the figures. Even though much of the paint how now been lost, mostly likely due to a combination of environmental factors as well as past insect infestation, the figures retain enough paint to suggest that their skin tones were painted to contrast with their white garments and the carbon black painting of their nipples and bracelets.

Detail of the figure holding the tray. On Loan from Eton College Myers Collection, ECM 1733

With the information gained from the examination, one hand that was detached from the object–the hand holding the “tray” on the figure in the front–could be restored to its original location.