Fragment of a Curtain 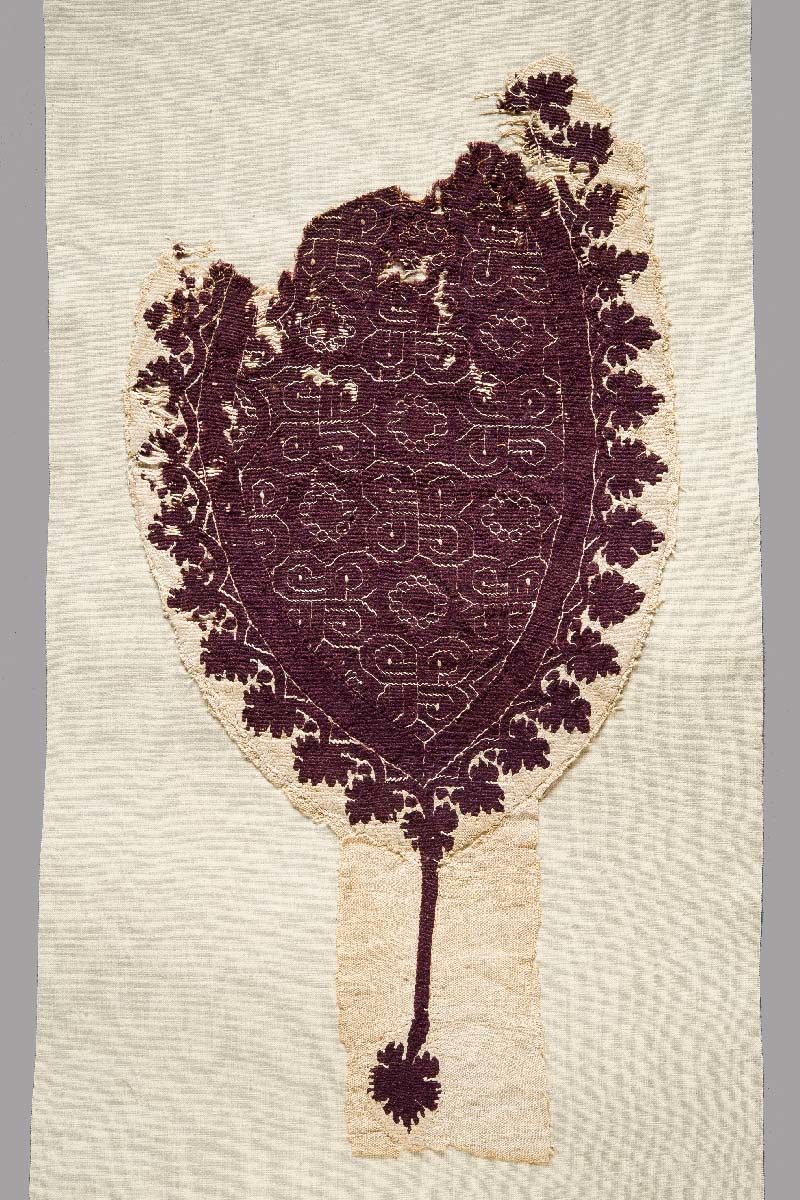 ECM 6300 is a large decorative panel of purple wool tapestry cut from the plain white linen ground of a curtain. The decorative panel consists of an almond-shaped lozenge bordered with a garland of grape leaves. A long pendant with a grape-leaf medallion descends from the lower point of the lozenge. The interior of the lozenge is patterned with fine white threads that create an all-over geometric design of interlaced quatrefoils alternating with eight-pointed stars that contain wreaths of twelve tiny rings. While the upper quarter of this panel is missing and there are significant areas of loss in the upper half, the lower half of this textile is well preserved.

Comparable, large purple and white decorative medallions in the collections of the British Museum and The Victoria and Albert Museum were excavated at the town of Akhmim in Upper Egypt in the late nineteenth and twentieth centuries.