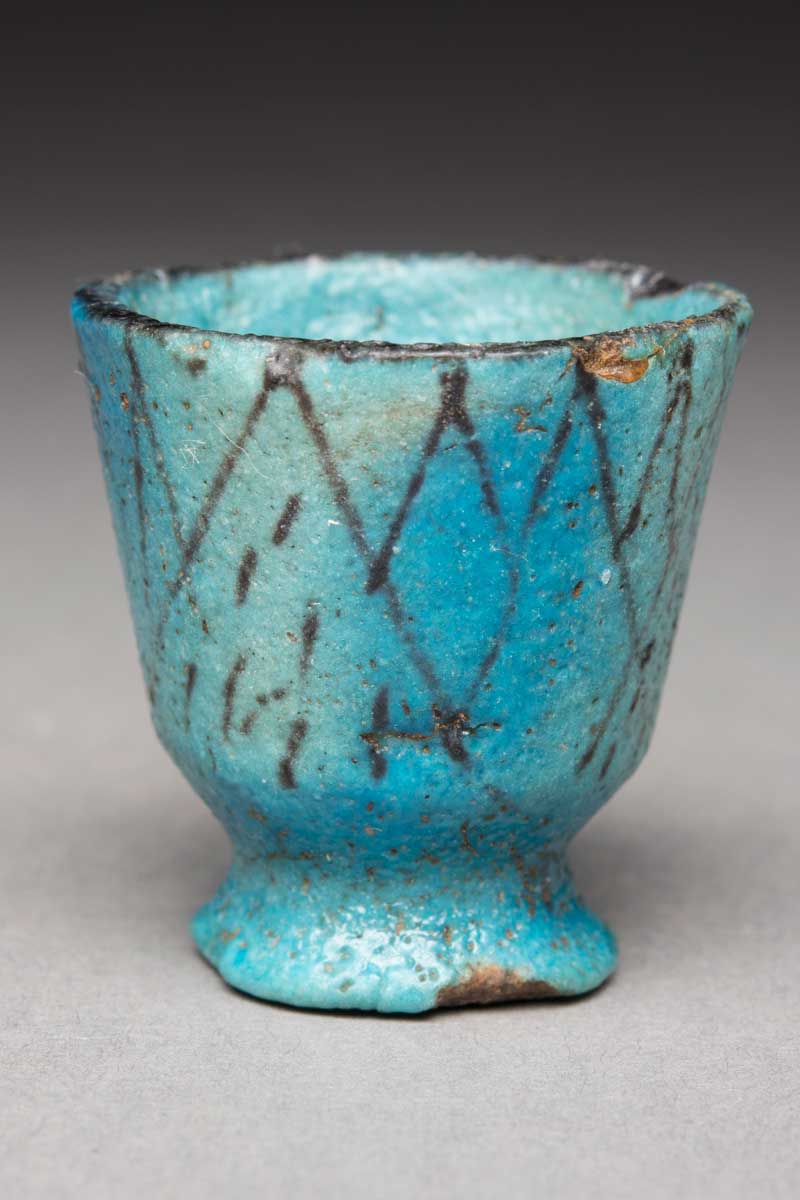 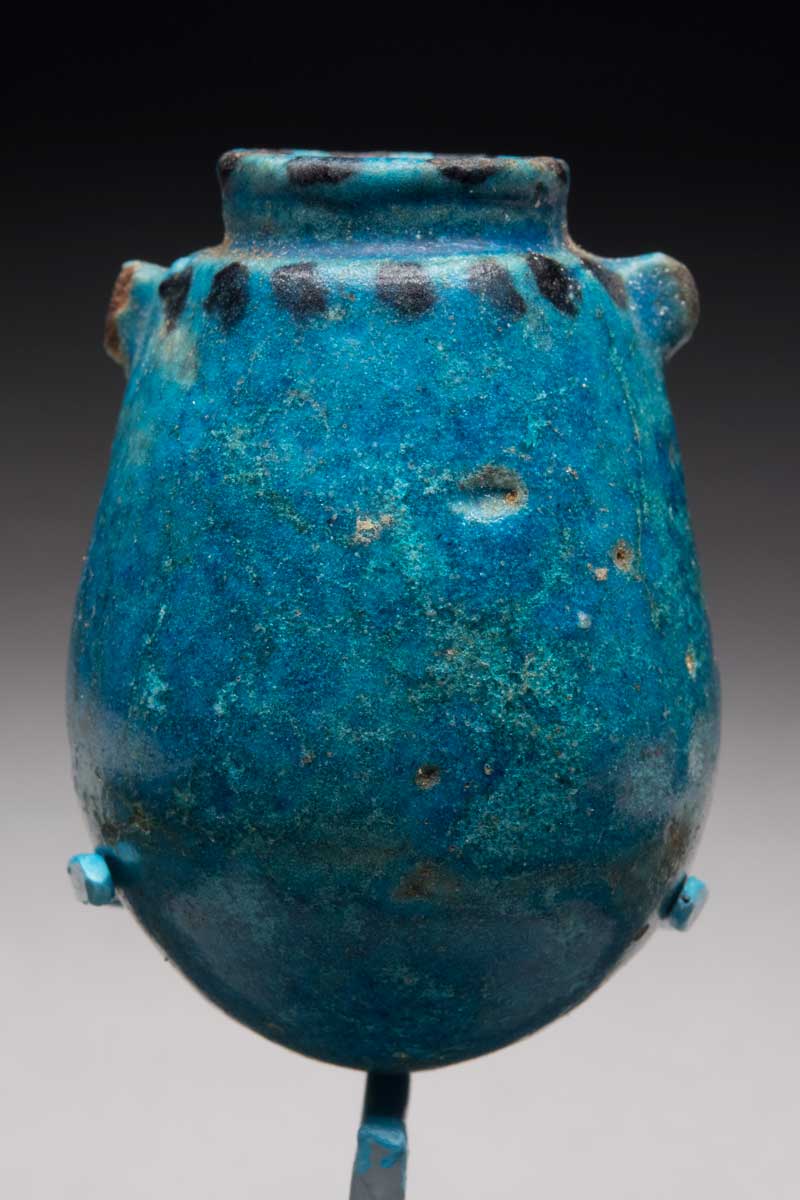 As examined by undergraduate students Evan Smith and Jordan Poston, all of these miniature vessels were hand-modeled in Egyptian faience paste, mostly by coiling and smoothing, and were glazed with copper-based colorants that provide the rich blue-green hue that most still retain. Most of the painted black lines on these objects were created with a manganese-rich colorant still detectable by x-ray fluorescence analysis (XRF). X-radiography of these tiny vessels also provided delightful details into their production, showing clearly how coils were used to form the faience paste into the desired shape, or how holes were drilled post-firing. 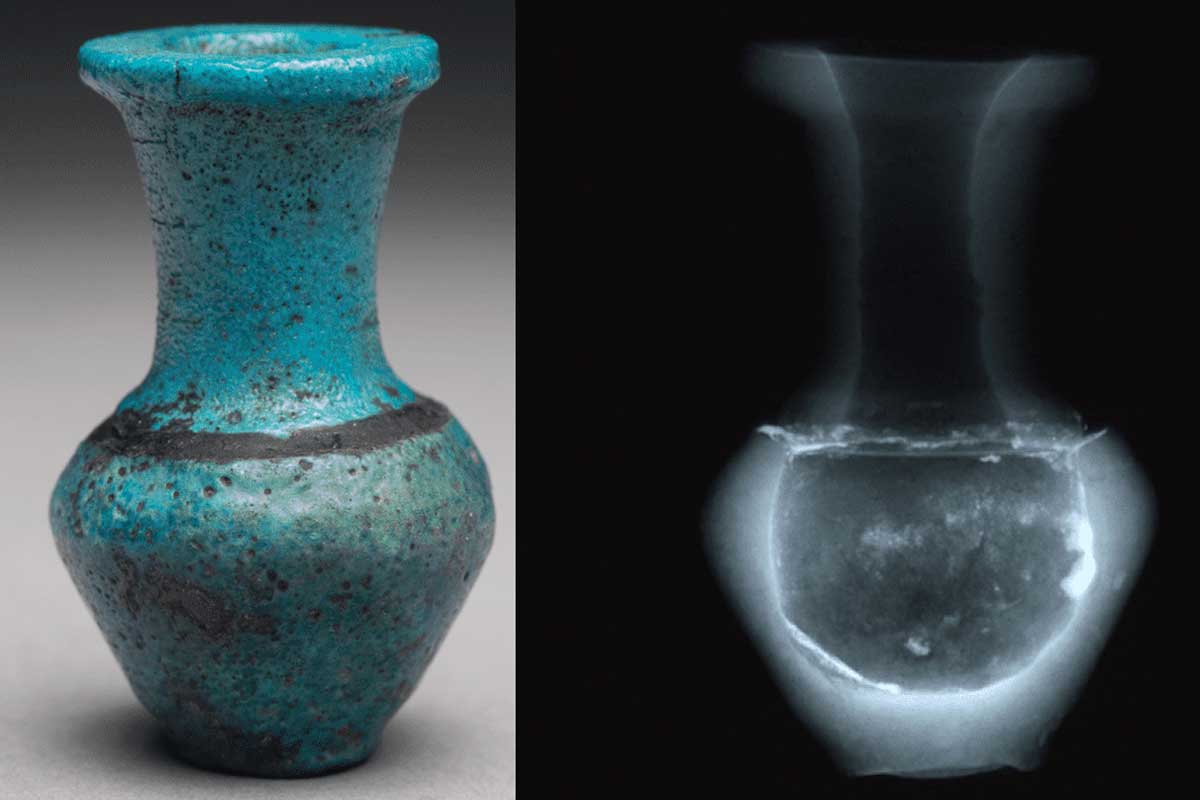