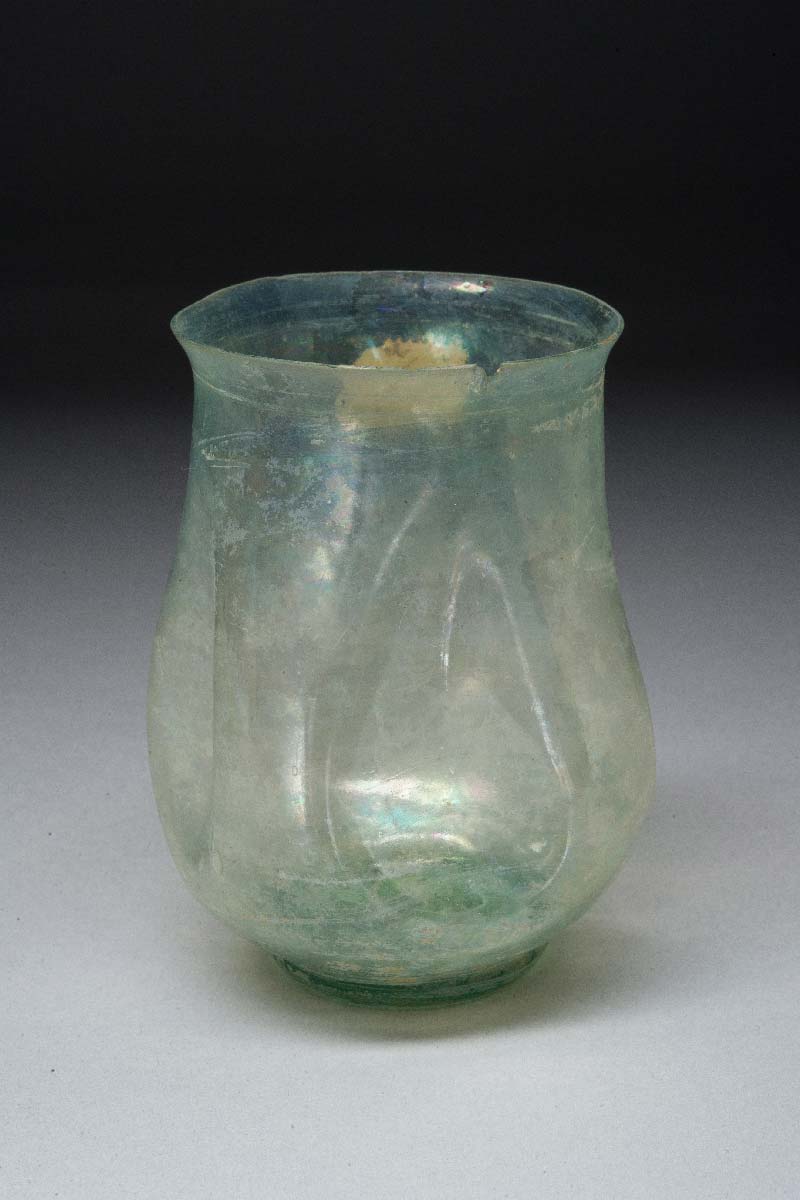 This pale blue-green glass beaker has a thin, outplayed rim and sits on a flat disc base. It has four vertical indentations, molded when the glass was still hot, that were likely used for gripping the vessel. Examples of this type were in use throughout the early to late Roman Empire with find-spots ranging from a cemetery in Nijmegen (Netherlands), houses in Karanis (a city in Greco-Roman Egypt) and even Pompeii. A related type of indented beaker with tall, straight sides has been found from 50 CE at Asciburgium in Germany and from before 79 CE at Pompeii. Both this form and the taller version are widely found from Britain to Egypt. Earthenware beakers from the first century CE have been found with similar indentations.