Kylix signed by Epiktetos as Painter 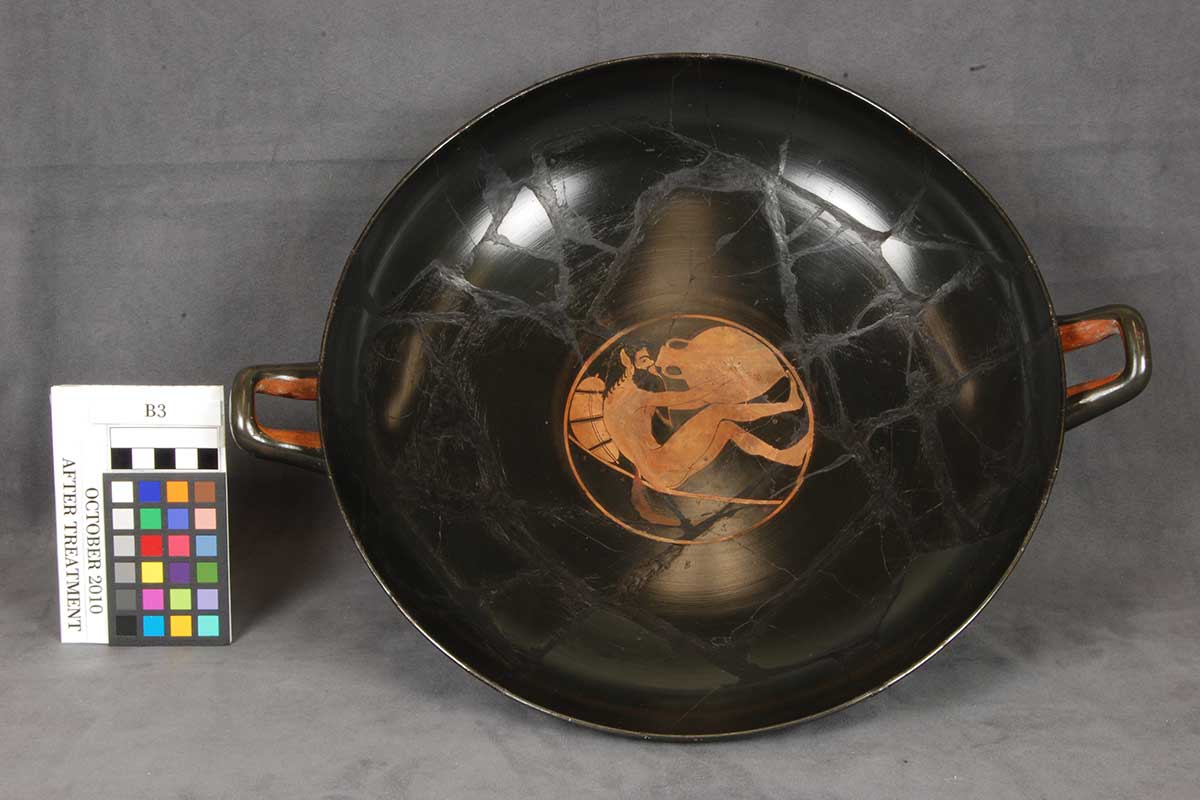 In his Catalogue of Women, Hesiod mentions “the race of lazy, good-for-nothing satyrs,” a sentiment captured visually by Epiktetos on this drinking cup. He signed the work “ ΕΠΙΚΤΕΤΟΣ ΕΓΡΑΦΣΕΝ ,” or “Epiktetos painted [this].” In this red-figure kylix, the painter utilized the circular, restrictive space of the tondo by pressing the satyr’s feet against a false groundline. The satyr reclines on a symposium couch, or klinē. His equine tail plunges below the couch, creating a sense of depth and dimension. 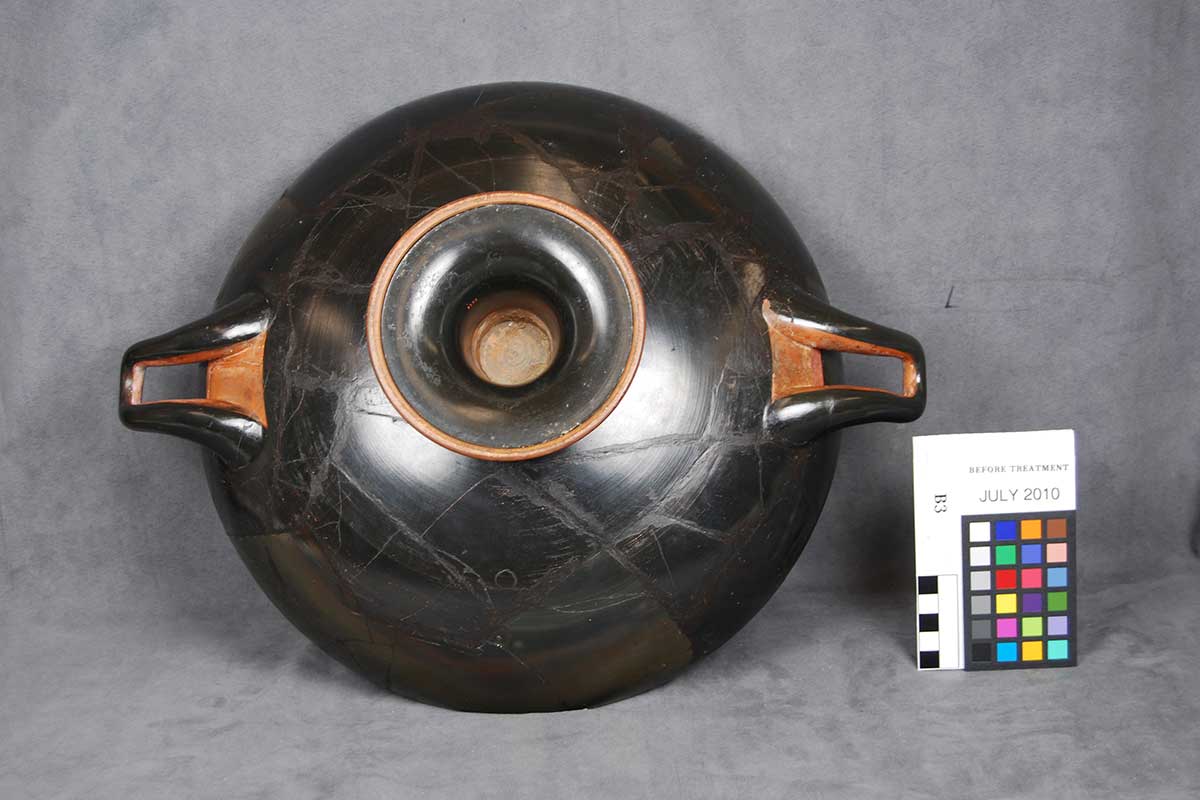 The back of the vessel. JHAM B3
Page load link
Go to Top