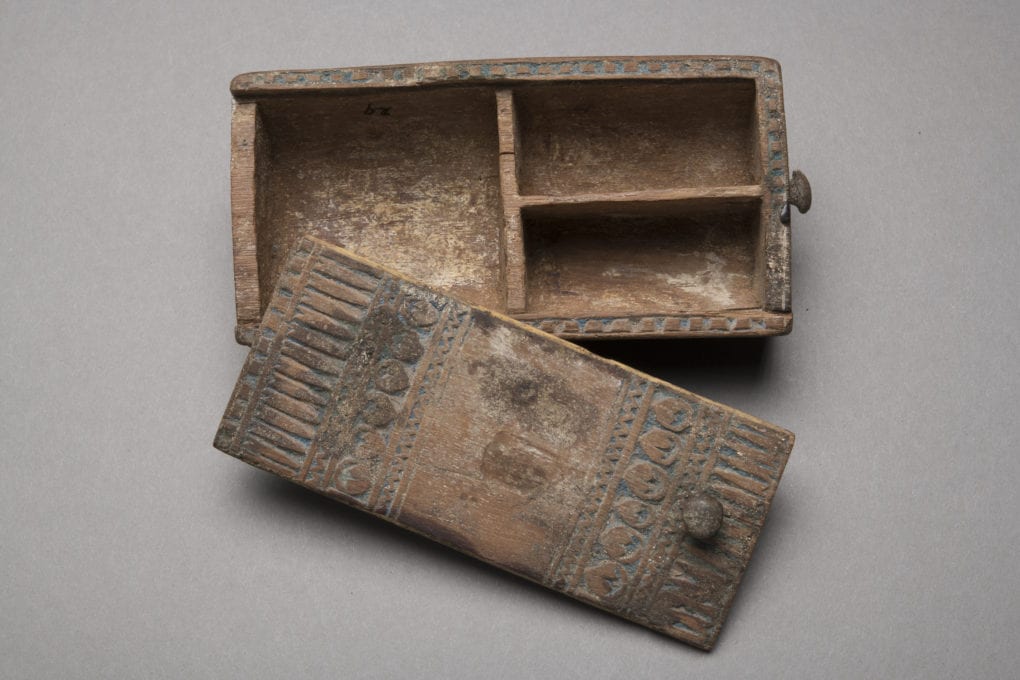 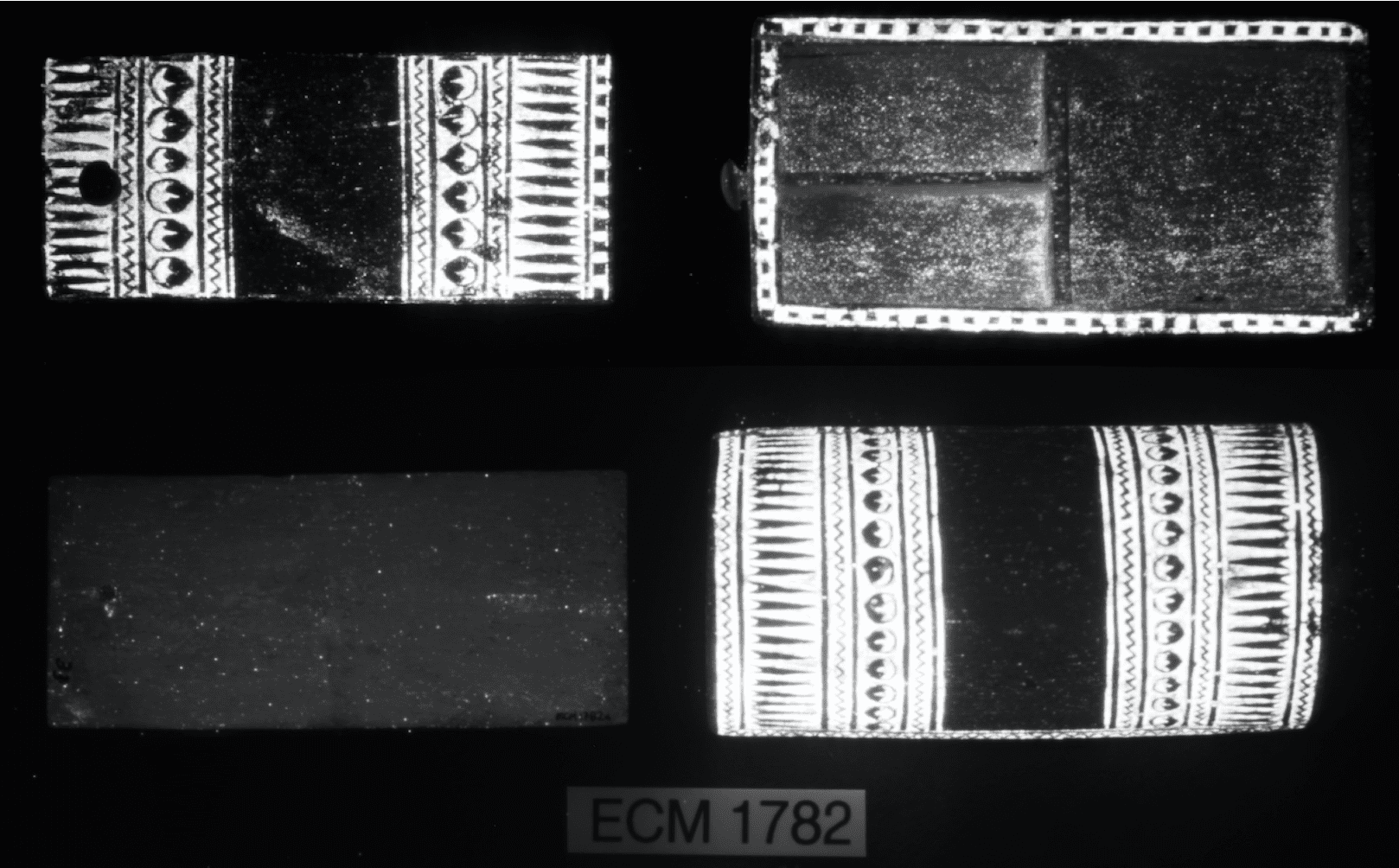 Visible infrared luminescence imaging of the two sides and interiors of the object show the glowing presence of Egyptian blue pigment. On loan from Eton College Myers Collection, ECM 1782