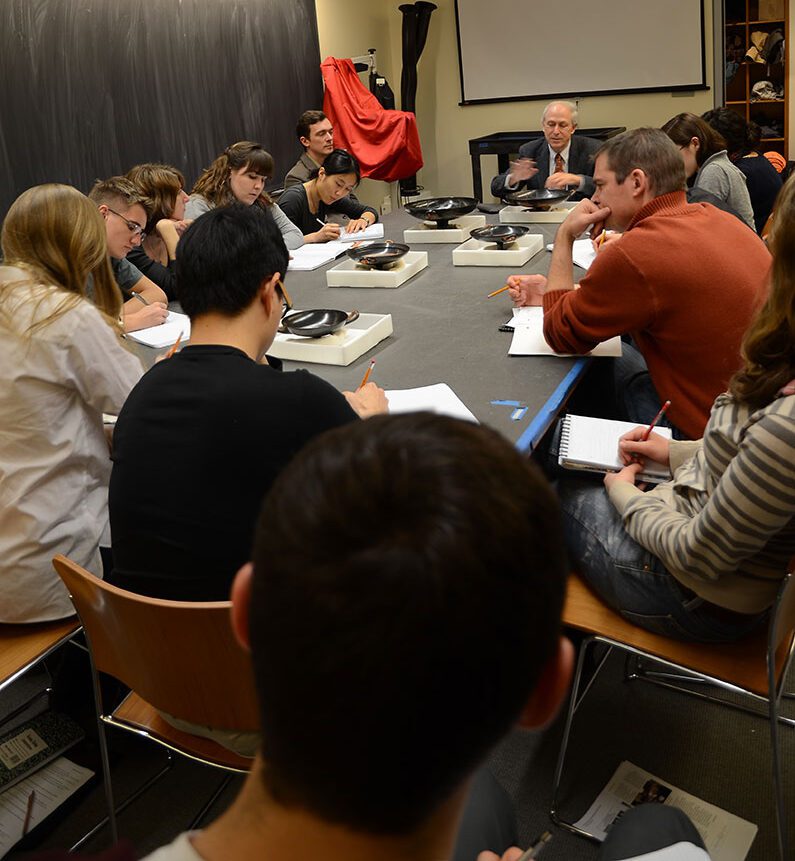 And so it begins. Apprentice met experienced maker and student encountered teacher in this our first week of the 2015 spring semester. Fourteen students gathered in the Johns Hopkins Archaeological Museum in Gilman Hall this Thursday afternoon and became acquainted with the project we will be undertaking this semester. Professor Balachandran began by outlining the exciting endeavor on which we are to embark, and then detailed the responsibilities we have as students and apprentices. She explained the challenges we face in our attempt to recreate the methods and techniques that the ancients used in the creation of pottery. With the course fully explained, she treated us to a display of some kylikes (or cups) from the museum’s own collection.

Our collection has a rather interesting history. These treasures have been in Baltimore since the late 19th century, and were sold to then Hopkins professor Arthur L. Frothingham Jr. by the German scholar and dealer, Paul Hartwig. In a fascinating letter dated to 1887, Frothingham exclaims, “What a wonderful place Rome is for antiquities!” and encourages university president Daniel Coit Gilman to acquire funds for two excellent bronze statues available for sale. While the statues were not  secured for the Archaeological Museum, the vases that he mentions in his letter were. They were displayed at the Peabody Institute in the early 1890s and then transferred to McCoy Hall at the old Johns Hopkins campus by the early 1900s.  A catalog prepared in the late 1890s of the vases has been lost for now, but will hopefully turn up in the university archives.  Despite the intriguing shroud of mystery that covers the collection’s origins, its contents are exemplary specimens of the kind that our class is attempting to match.

The opportunity to examine these kylikes, or cups, up close was truly breathtaking. Not only was the painting rendered beautifully, but the workmanship of the pottery itself makes the idea of matching such skill daunting. The slip (refined and thinned clay) that the Greeks used to “paint” with creates such an incredible sheen over the clay that it is hard to believe they did not use any glaze like modern potters. It is appropriate to create drinking cups I believe, since as Kathleen Lynch points out in her discourse on “Drinking Cups and the Symposium,” that we read this week, food was not so important to the Greeks as drinking, and their symposia revolved especially around the sharing of wine and ideas. These were not mere cups, but an integral part of the culture of symposia, from which great thought has sprung. 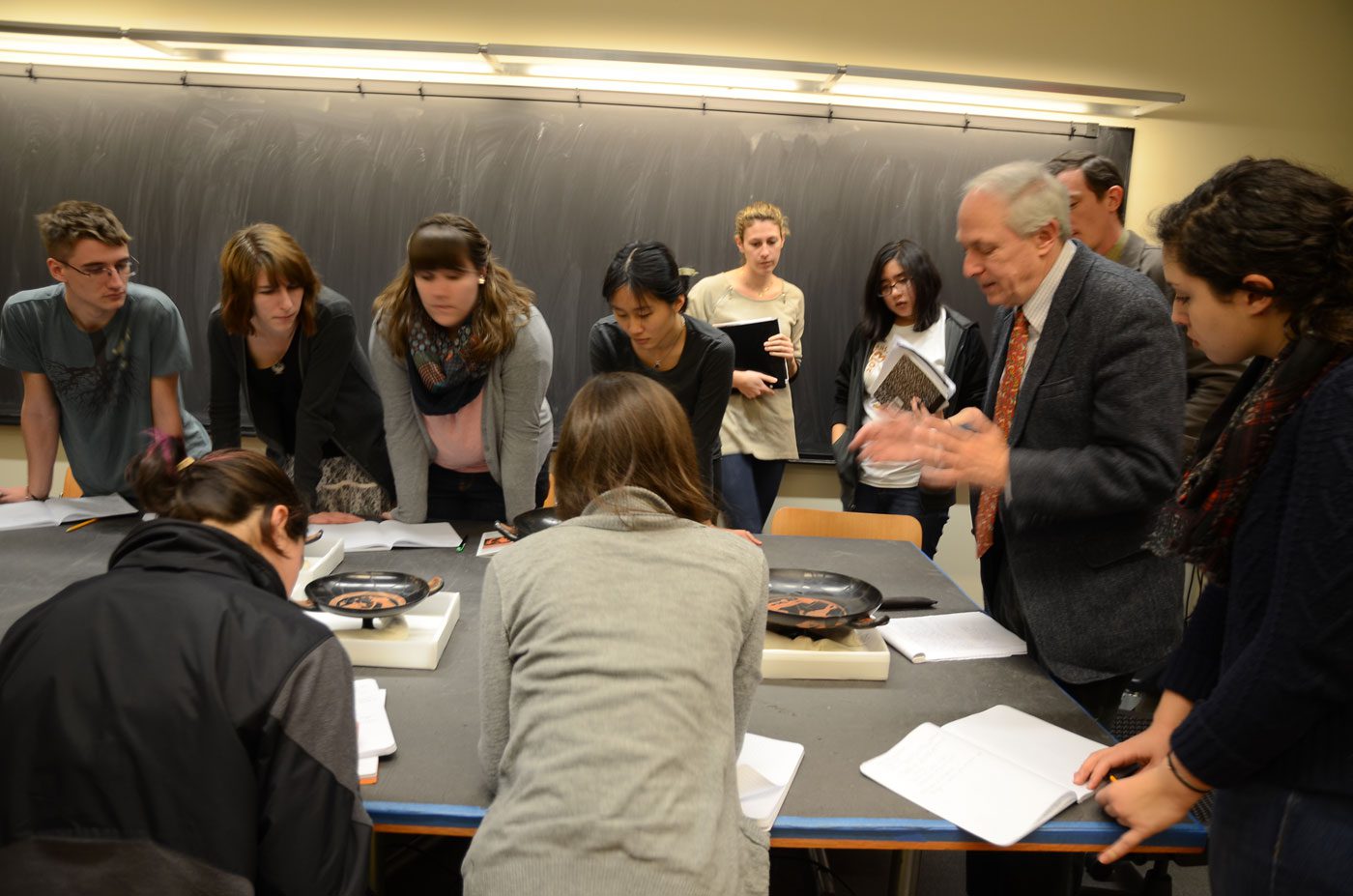 Near the end of class, we were fortunate enough to hear from Professor Alan Shapiro, noted scholar of Greek art. Professor Shapiro sketched out a brief history of ceramics in Ancient Greece. He explained that the phenomenon of painting figures on pottery was known in the Bronze Age, but inexplicably lost ca. 1100-800 BCE. Around 750 BCE, figure drawing began to reemerge. The golden age of true black-figure painting, which uses slip to make an all-black figure with incisions made to create details, begins and continues until around 530 BC, when someone invents the red-figure technique. This is a reversal of the black-figure technique, with the figures “in reserve”, and the areas all around them painted in slip. Our examples were created during the last thirty years or so of the 6th c. BCE, and the red figure technique is what we will try to recreate. With this knowledge in mind, we now embark on our journey into the past and plunge right into the world of the Ancient Athenians.