Kylix attributed to the Kiss Painter 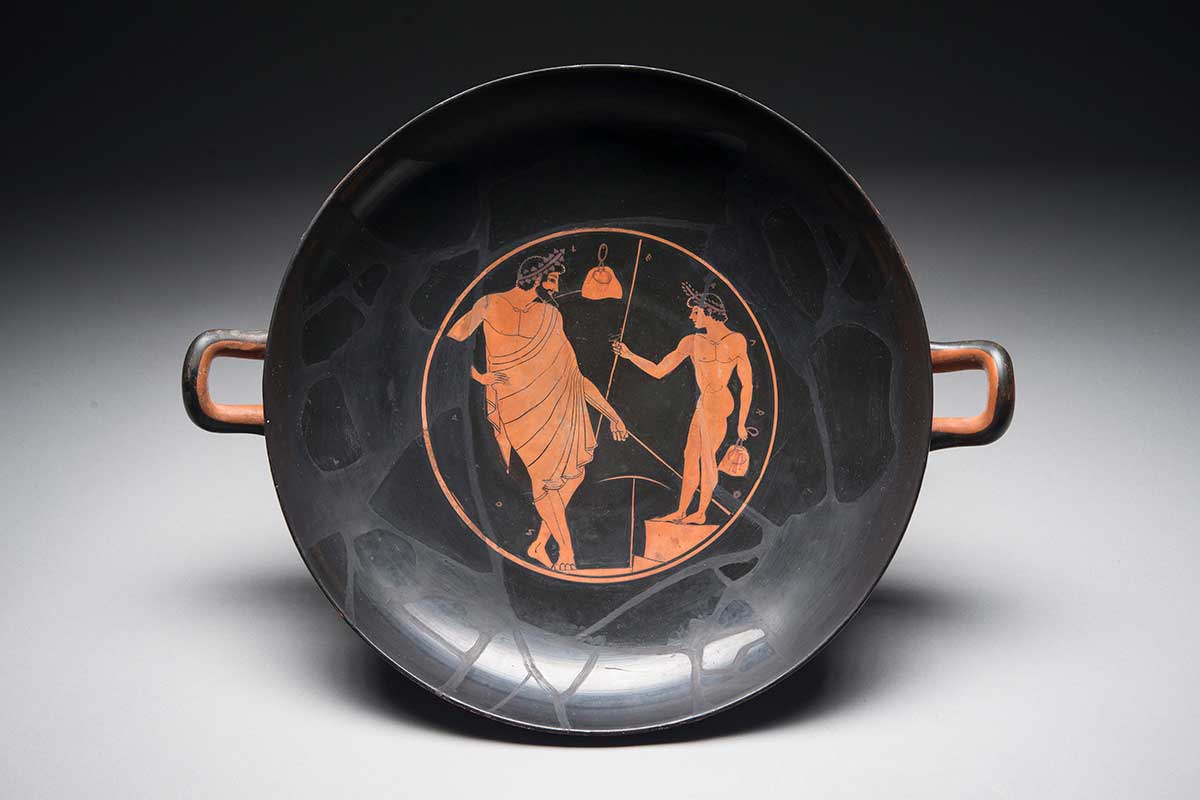 The scene in the tondo of this Attic red-figure cup is set in a Greek gymnasium, indicated by the sponge and aryballos hanging at the rear, and the pick-like tool on the ground, used for leveling sand in the long-jump pit.

Since the boy stands on a platform, some scholars have read the figure as a statue on its base, while others see him as a victorious athlete on a podium.  An earlier theory connected this image with a statue base found in the Athenian Agora dedicated to the Twelve Gods by a man named Leagros. Whether the figure is a statue of an athletic victor or a living youth crowned by a wreath, the man at left, with his eroticizing gaze, clearly sees the nude boy as an object of desire. He takes on the role of the erastēs , the elder partner in an ancient Greek pederastic relationship, making the boy or statue his erōmenos . The inscription on the interior (ΛΕΑΓΡΟΣ ΚΑΛΟΣ, “Leagros is beautiful”) echoes the man’s admiration. 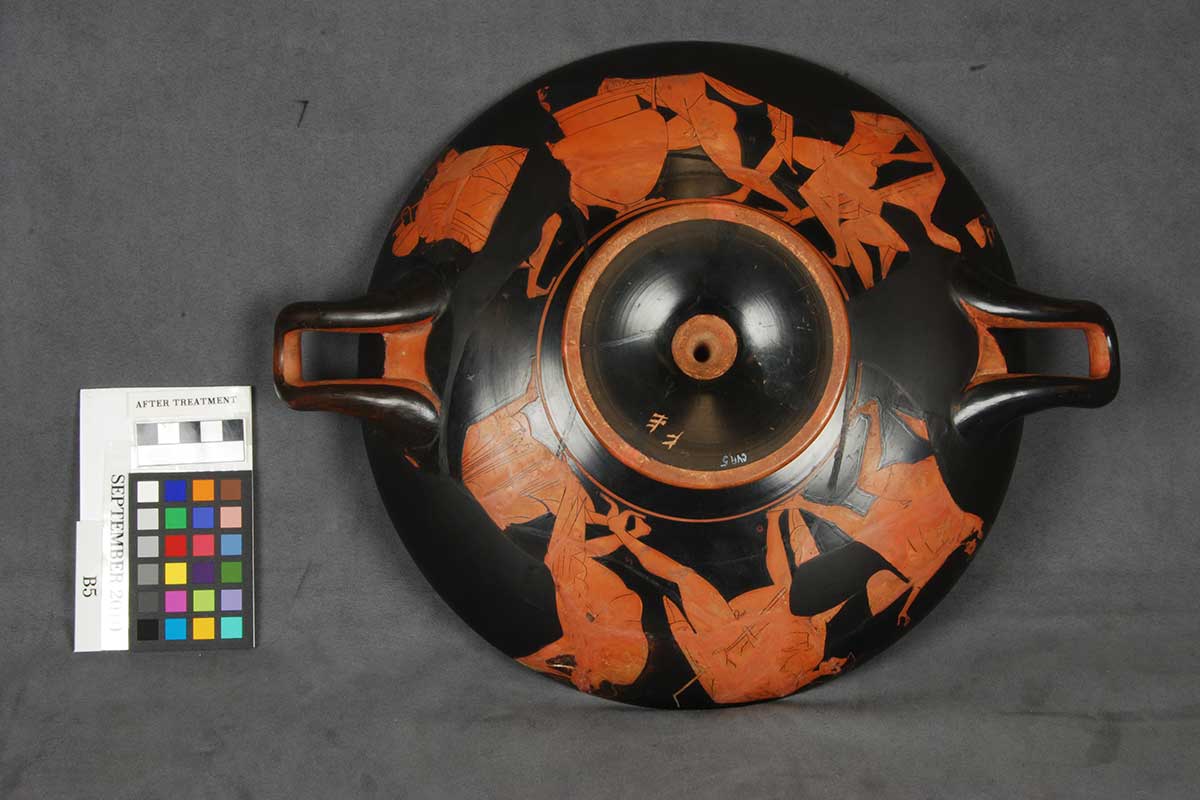 The back of the vessel. JHAM B5
Page load link
Go to Top