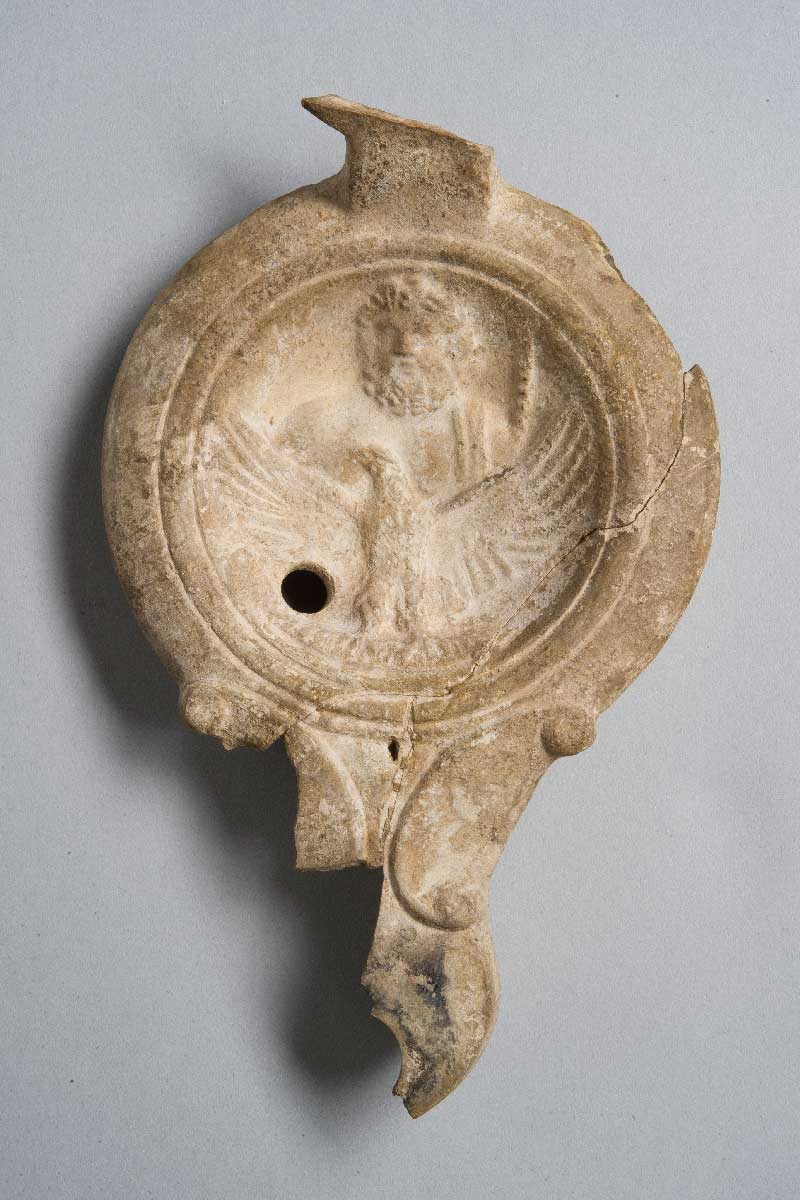 The discus is decorated with a male figure (Jupiter) holding a staff or scepter. In front of Jupiter, one sees an eagle carrying a thunderbolt. In Greek and Roman mythology, the eagle served as Jupiter’s personal messenger, and it is said to have carried the youth Ganymede to Olympus, where he served as the gods’ cupbearer. Pliny the Elder also describes the eagle as one of the signa militaria, or “military symbols” (NH 10.6). As a symbol of Jupiter’s authority, an eagle would be set free during the consecration of an emperor—a ritual that culminated in his apotheosis. By flying into the air, the eagle was believed to carry the soul of the deified emperor to heaven, thus securing him a place among the gods.