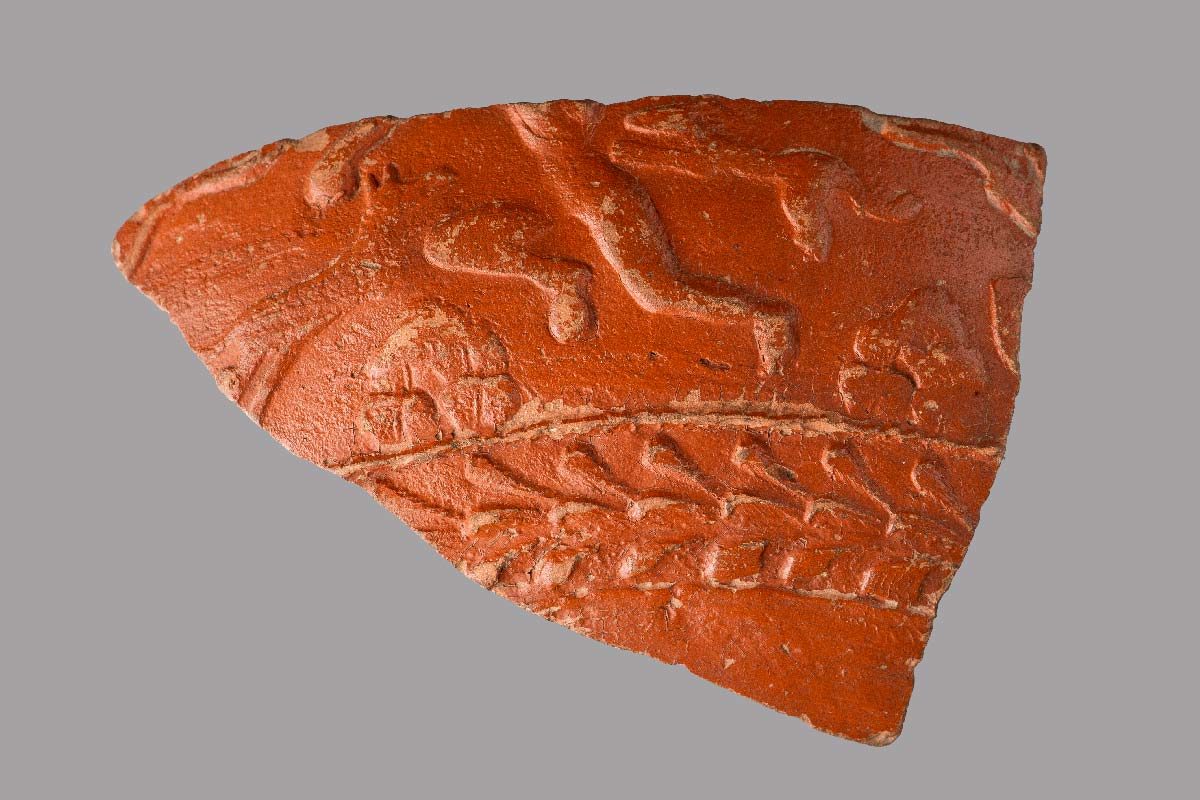 This fragment, most likely from the lower half of a small bowl, depicts a scene of the mythological hunter Actaeon being attacked by his own hunting dogs. In Greco-Roman mythology (particularly the version in Ovid’s Metamorphoses), Actaeon was a hunter who accidentally stumbled upon the goddess Diana bathing in the woods. As retribution for his forbidden glimpse, the goddess transformed Actaeon into a stag, which his own hunting dogs readily attacked and devoured. 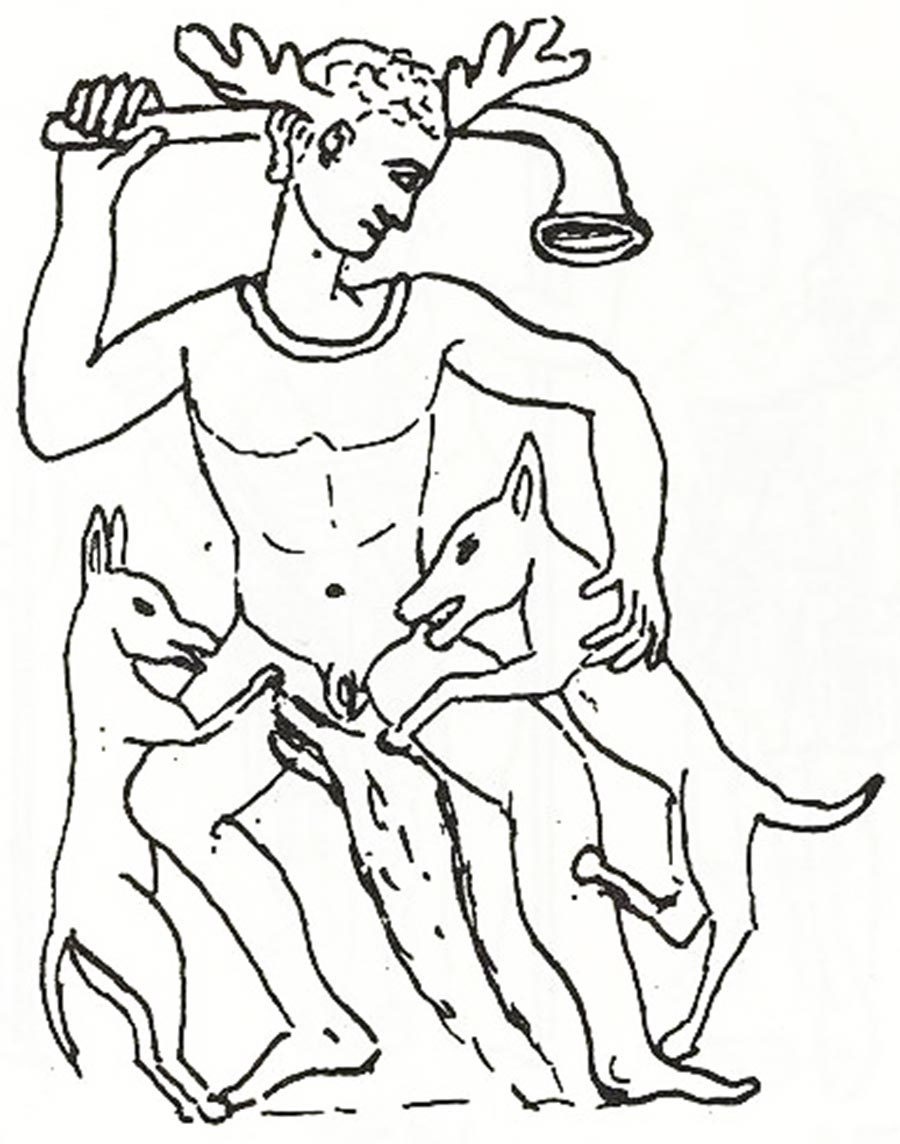 In this scene, a nude male runs towards the left as two hounds leap towards him on either side. In many similar scenes, Actaeon’s transformation is indicated by a set of horns or antlers on the head of the male figure, as the figure here likely would have had. The leaping dogs and central scene are set within two small rock formations that indicate a landscape setting. Below the scene, a vegetal or wreath motif would have encircled the lower half of the vessel. On the upper left corner of the fragment we see a line which Robinson read as potentially part of Diana’s bow, rendering her within the larger scene which is now lost.